Trains running on the track alongside Front Street are adding even more pressure on sandbag barriers, the only protection for most homes in Buffalo. 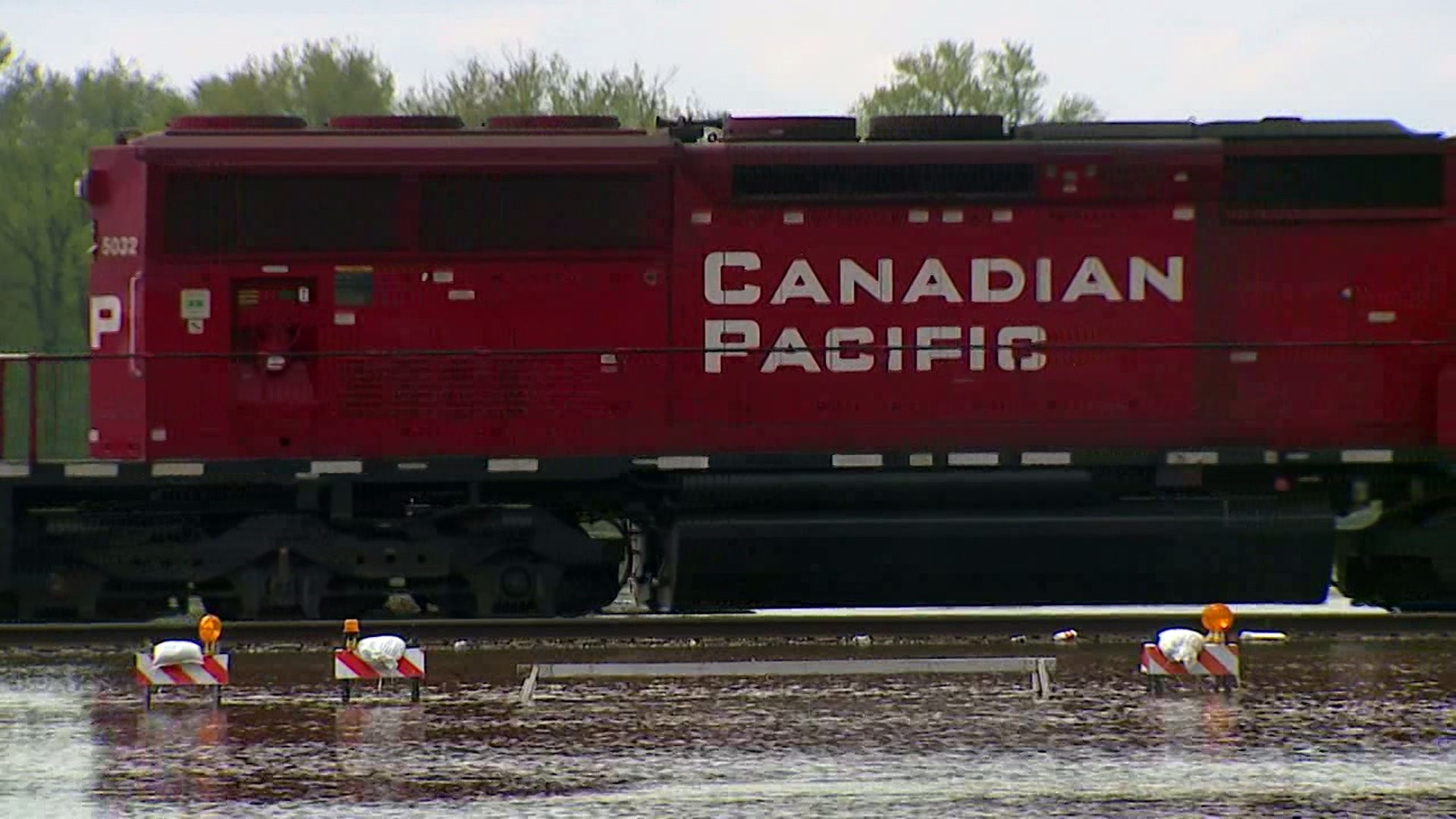 BUFFALO, Iowa -- The City of Buffalo has eight miles of riverfront, and right now, much of that is about estimated to be about four feet deep in water.

On Friday afternoon, Congressman Dave Loebsack toured the town with city officials, advising them to document the damage for FEMA, the Federal Emergency Managenemt Agency.

Buffalo councilwoman Sally Rodriguez said 24 homes had their sandbag barriers breached in this city of about 1,300 residents.

The city does not have permanent barries, so sandbag walls form the only wall of protection for most homes and businesses.

Only Casey's General Store and the Beach Pub were still open, Rodriguez said, meaning 90 percent of the town's businesses have been forced to close due to flooding.

Trains running on the track alongside Front Street are adding even more pressure on the temporary barriers.

"The trains, with them creating vibrations, they used to just tear through here," said Mercedes Mendez. It seems they have slowed down a bit, but not enough, she added.

"We’re discouraging people even canoeing in the river or just wading through here if they don't have to," she said. "Every little vibration creates movement. Those sandbags wiggle and jiggle."

Mendez manages Clark's Landing on W. Front Street. The restaurant her father owns had its sandbag wall breached on Thursday morning at 4 a.m.

"When that wall broke, we were this deep in the water," her father, Tony Mendez, said, motioning to his waist, describing the scary moment. "Mercedes was flushed all the way down."

A quarter century of work has been put into Clark's Landing.

"We heard a whoosh, and I jumped up instantly," his daugther recalled. "I heard my dad was physically fighting the wall with his body," Mendez said. "We had to fight the wall with our bodies until firefighterse were able to come and pile sandbags around us."

A worker with Canadian Pacific  was also there from Chicago.

Train speeds are 10 mph when going through flooding, he said, and he had come down to Buffalo to check if the train speed could be slowed further.