Trains expert on QC Amtrak line to Chicago: ‘There’s a deal there’

The Element hotel has a room right next to it called, ‘The Q,’ that’s supposed to be the site of a new Amtrak station, filled with trans going... 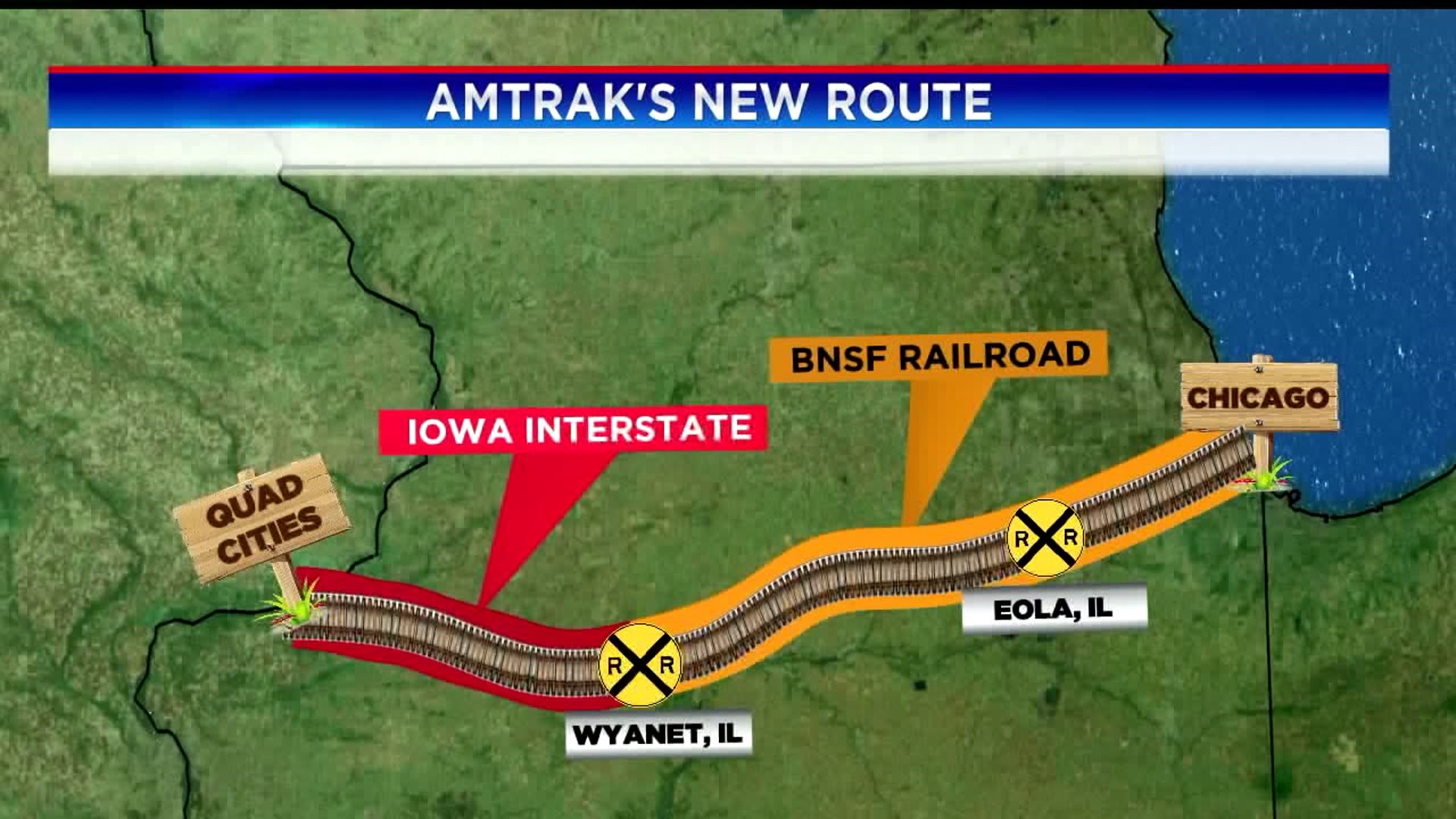 MOLINE, Illinois-- The Element hotel has a room right next to it called, 'The Q,' that's supposed to be the site of a new Amtrak station, filled with trains going to and coming from Chicago every single day.

"It will happen when the community stands up here and says, We're going to make sure that this happens.'" Rick Harnish, Executive Director of the Midwest High Speed Rail Association, said during our Breakfast With him Thursday, February 14.

The association supports rail projects across the country. He says there will be a capital bill brought up in Springfield, Illinois this session, but passenger rail funding will need to be re-appropriated in it.

"This is the opportunity to persuade [Governor J.B.] Pritzker's administration and your local legislators that you want trains."

There is still no timeline for this project though. The line from Chicago to Bureau County is already in use for passenger trains, but the line from Wyanet, Illinois in Bureau County to the Quad Cities, is still not ready for passenger trains. A spokesman for the Illinois Department of Transportation says the state's continuing to negotiate with the group that owns that portion, the Iowa Interstate Railroad.

"The tracks were really deteriorated, so we need to come to a deal on what it takes to make those tracks passenger train worthy."

Harnish says doing that is going to cost more than originally thought, saying former Governor Bruce Rauner wasn't too motivated to spend the extra money. He says now is the opportunity to sway lawmakers and Governor Pritzker's administration to pay more attention to this project.

"And that's where somebody who's actually negotiating the deal...the Iowa Interstate Railroad's a business, right? There's a deal there. It's just a matter of getting to it, and that's why the administration needs to say, 'We're going to figure out this deal.'"

The subcommittee is meeting at Bradley University in Peoria Monday, April 8. That's the closest they're meeting to the Quad Cities. The group's also meeting in Chicago, Tuesday, April 16 and Elgin, later in April.