Evacuation put in place after train derails near Galena, Illinois

A precautionary evacuation around the area south of Galena, Illinois was underway around 5 p.m. after several cars of a BNSF Railway Train derailed. 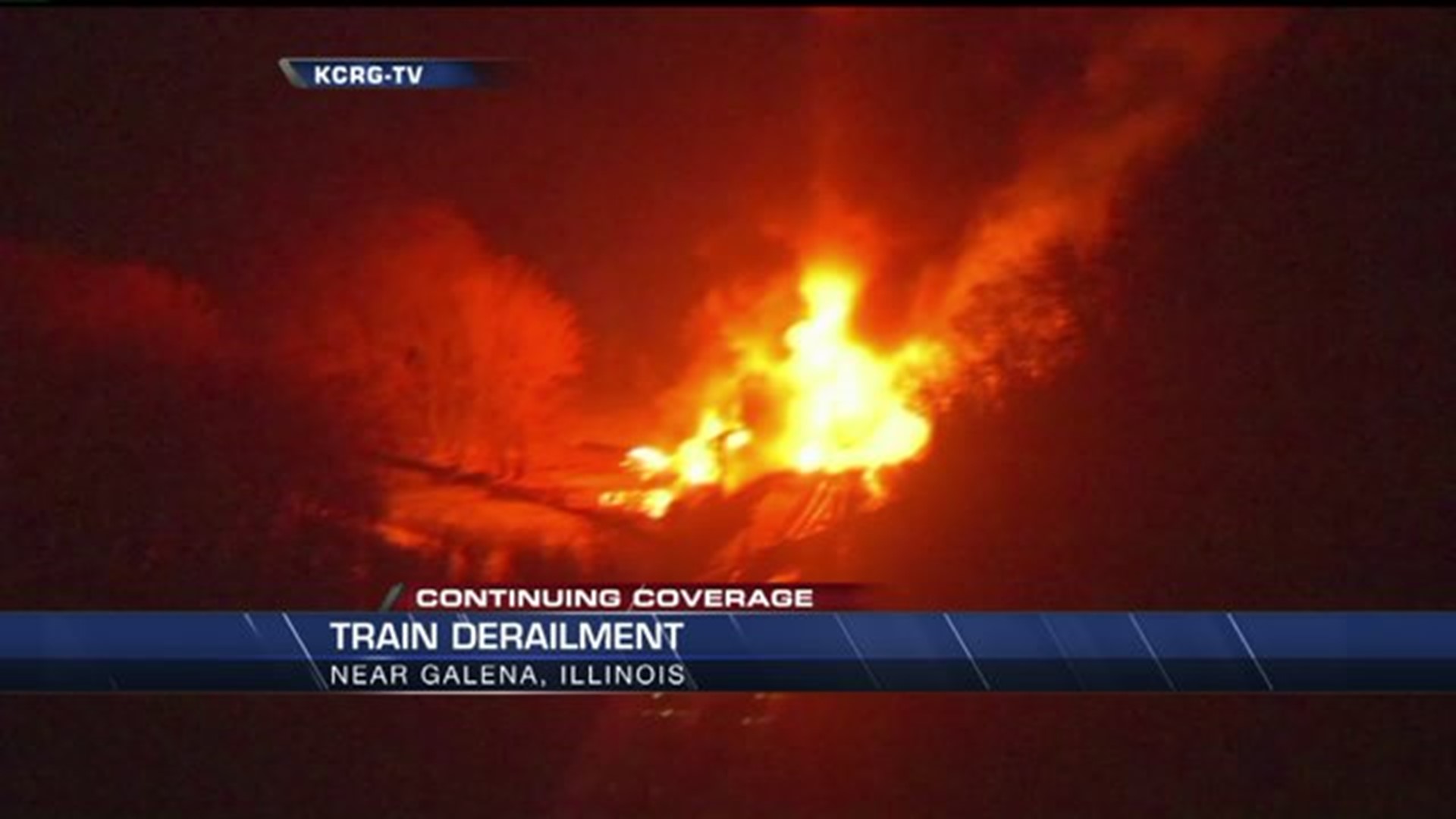 A precautionary evacuation around the area south of Galena, Illinois was underway around 5 p.m. after several cars of a BNSF Railway Train derailed.

103 of the 105 cars were loaded with crude oil, according to a statement from the BNSF Railway.  The other two cars were buffer cars loaded with sand.

The cause of the derailment, which happened near Ferry Landing, was unknown, according to BNSF's statement.

The Jo Daviess Sheriff's Department said two of the cars were still on fire into the evening.

A spokesperson from the sheriff's department said a suggested evacuation was put into place between 5 p.m. and 6 p.m. for a one-mile radius around the wreck.  Initially, there was no evacuation reported; the one put in place in the evening was not mandatory. Around 7 p.m. authorities were reportedly placing blockades on roadways to keep people out of the evacuated area.

Picture from @scandbq of most recent explosion from the @BNSFRailway derailment fire south of Galena pic.twitter.com/KJWoPb2jow

"Protection of the communities we serve, the safety of our employees and protection of the environment are our highest priorities," said the BNSF's statement. "We are guided by these priorities as we respond to this situation... We are grateful for the efforts of the first responders at this incident and sincerely regret the inconvenience this event has caused to the community."

BNSF said they would establish a claims center at the wreck site to help area residents who need temporary relocation or whose property has been damaged.

The tank cars involved in the incident were the CPC-1232 model that were unjacketed with half-height shields.

BNSF also said they were taking precautionary measures to protect waterways in the area and would be monitoring the air quality.

The BNSF Railway was working with local responders and notified the Federal Railroad Administration and the National Transportation Safety Board about the incident.

The Jo Daviess Sheriff's Department said there were no reported injuries.

Exactly one month ago an eastbound Canadian Pacific train hauling ethanol went off the tracks in Dubuque.  Out of 81 cars on the train, more than a dozen went off the tracks. The wreck caused a fire that burned until the following day.