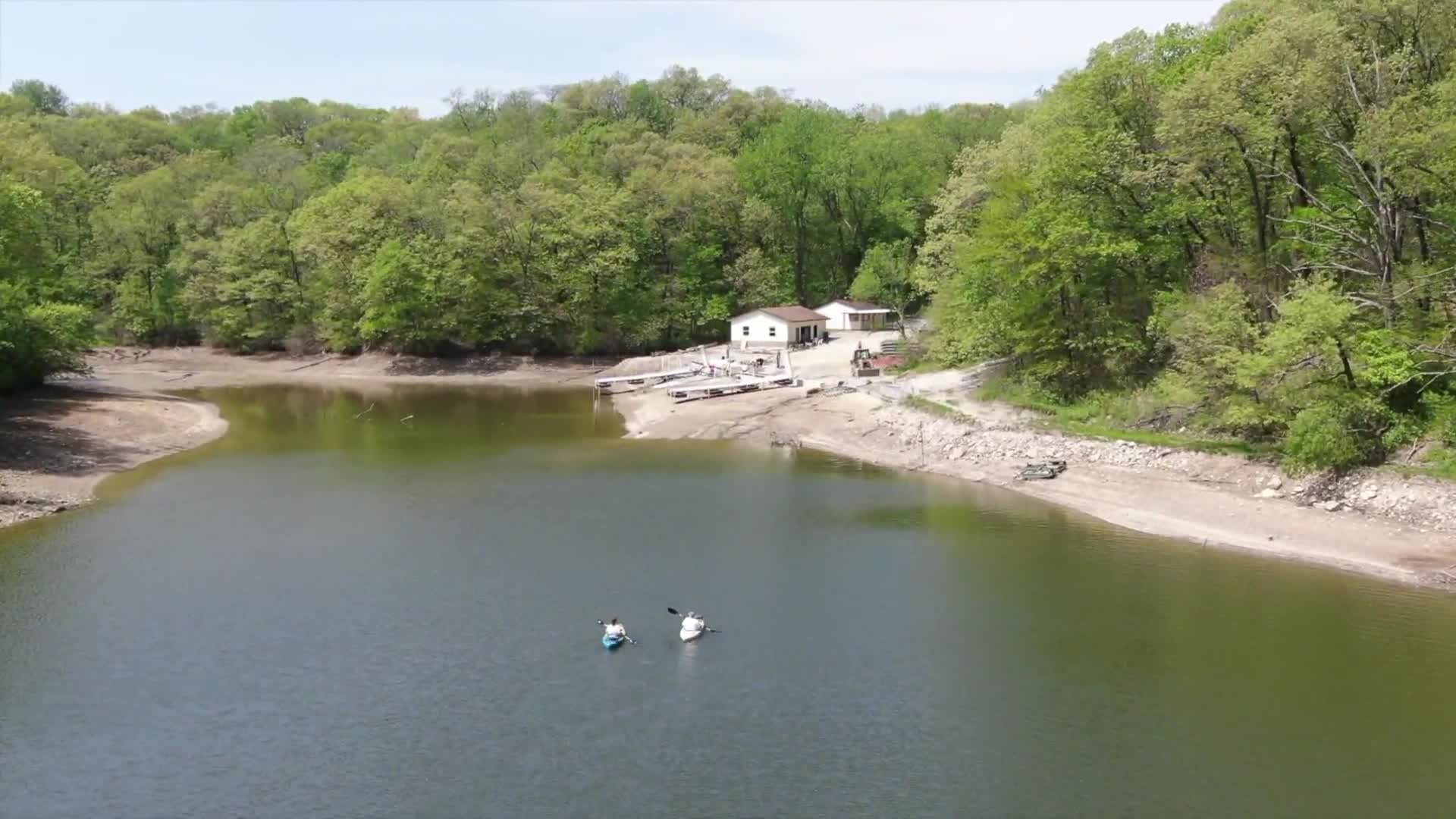 ILLINOIS CITY, Illinois -- Black Hawk College trade students are finishing construction of a new boat ramp at Loud Thunder Forest Reserve. It will improve access to Lake George, which was drained last year for a dam and spillway construction project.

Students could be seen spreading the cool, wet concrete as it spilled out the chute, using a long-handled tool.

"It's called a come-along," said Logan Oaks, who hopes to become a union electrician. "And so we we'll bring some back, and now see I just created a low spot, so we'll push some forward," he said.

They've learned that they have to move quickly in the hot sun.

"It's a pretty tough job because you know the concrete settles, especially when it's hot outside," said Daejon Thorpe, who said he hoped to join the finishing trades union.

"It's hard work but it's good pay, and I could definitely see myself doing it in the future," said Thorpe.

This was the perfect chance to pull off this project -- with Lake George drained several feet below its normal level and with summer, and graduation, right around the corner.

"We want them out there, doing something in the community," said HCCTP program manager Paul Fessler. "In fact, then maybe they can come back years later and say you know, that was one of my first projects," he said.