This is a story from the WQAD News 8 archives from May 2001 by reporter Ken Price. STERLING, Illinois — It was grim news. Whiteside County always had a strong w... 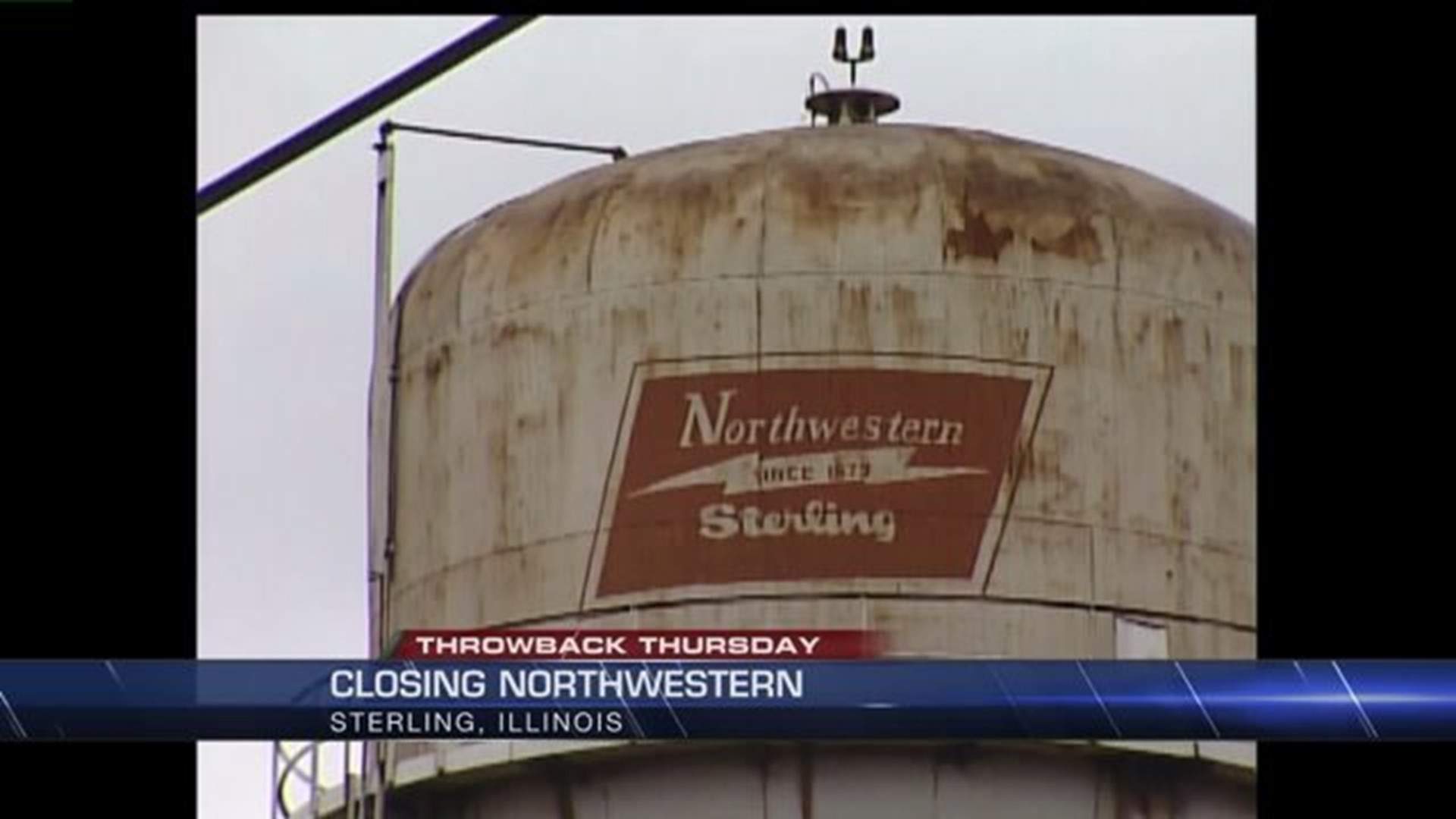 This is a story from the WQAD News 8 archives from May 2001 by reporter Ken Price.

STERLING, Illinois — It was grim news.

Whiteside County always had a strong workforce with little unemployment.

Much of that ended on May 18, 2001 when the owners of Northwestern Steel and Wire announced it would close its doors after more than a Century in Sterling and Rock Falls.

The Family Table Restaurant in Rock Falls will have to make some changes:  Most of their customers are from Northwestern Steel.

The owner knows that once the plant closes they'll stop coming.

Economic experts say when the plant closes it will be felt all over: in real estate, durable goods like furniture and cars, and people may even cut back on their groceries.

And that will put a dent in the money that usually goes right to the community.

"These employees with Northwestern Steel and Wire have been laid off will pull back on their spending as far as buying refrigerators, cars," said Whiteside County Economic Development director Betty Steinert.

Companies used to stay away from Whiteside County, that's because the unemployment here was so low thanks to Northwestern Steel.   But with the closing of the mill the companies that need skilled workers are taking a second look at the area.

"We have a company that again we looked at back in November and now we're trying to bring that relationship back together," said Greater Sterling Development Corp director David Barajas.

"That's a company that would employ anywhere between 500 to a thousand employees."

A company did bring hundreds of jobs to the area: Leggett and Platt, a company based in Missouri.

The new company is called Sterling Steel.  It took over part of the Northwestern Steel and Wire building and now produces more than 500,000 tons of wire rod each year.

And the Family Table restaurant is still in business, though at a new location.

Though owner Jett Lecaj died, it's still operated by his wife, daughter, and two sons.