This is a story from the WQAD News 8 archives from September 2006 by reporter Matt Hammill. HAMILTON, Illinois – It’s not Rolls-Royces nor even antique fu... 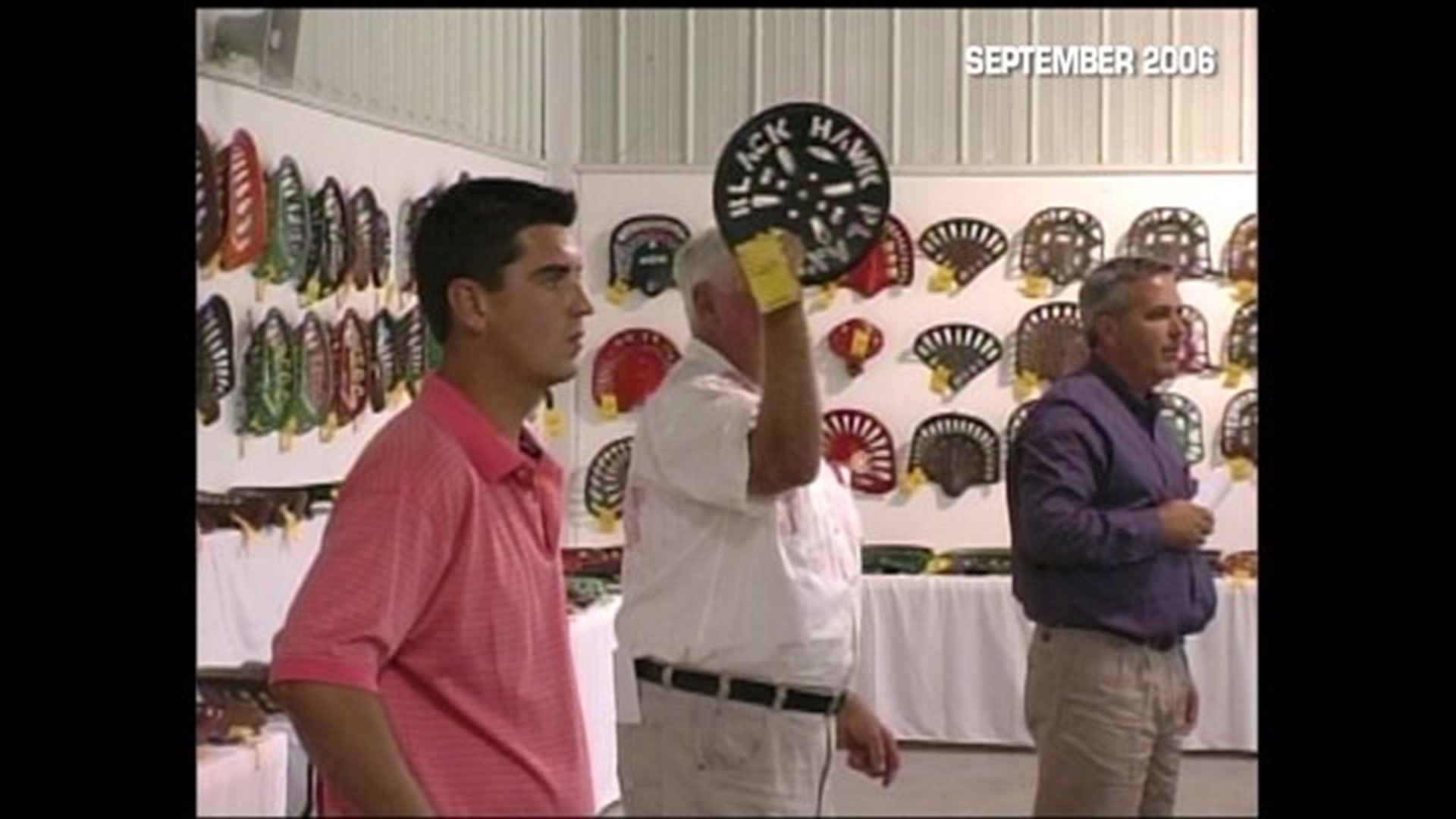 This is a story from the WQAD News 8 archives from September 2006 by reporter Matt Hammill.

HAMILTON, Illinois – It's not Rolls-Royces nor even antique furniture.

"There's very few of them, if any, are identical."

But it's still one of the most talked about auctions ever held in these parts.

The prize is cast-iron implement seats.

Don't laugh.   It brought out people from 22-states and three different countries.

"We want to replace that one," said Julia Pullman.

Collector Julia Pullman came all the way from Dexter, Nebraska in search of a little piece of Oz.

"We had a tornado three years ago that destroyed our building where the seats were kept," she said.

A place to plant your backside, the base for your buns, the deck for your derriere, all from way back in the days before tractors.

"You get one of these things started and you can keep on going," said another collector, Lester Yoder.

Yoder remembers sitting on the hard horse-drawn implements as a boy.

For Julia, amid it all, the decorative and intricate seats, only a few really matter.

"I have four left to go and I hope to get those four today," she said.

"They are here.  Whether they're in my price range I don't know."

Hundreds of dollars with just the waggle of a finger, or a nod and a blink.

And sooner of later it gets too rich for somebody.

But for this Blackhawk planter's seat, don't wave unless you mean it.   And get out your checkbook.

We know what you're thinking: 16-hundred dollars?   Don't worry.  Even some of the bidders are thinking the same thing.

Maybe more dollars than cents, but whose to say?  Around here it's the price you pay to take a seat.

The auction in Hamilton, Illinois lasted more than eight hours.

The most expensive cast iron seat sold for just under $4000.

And Julia got all four seats she was bidding on, replacing everything lost in the tornado that hit her farm.