Three people were killed in Hawaii when their tour helicopter crashed

Three people were killed when a helicopter crashed Monday morning in Honolulu County, according to the Honolulu Fire Department. 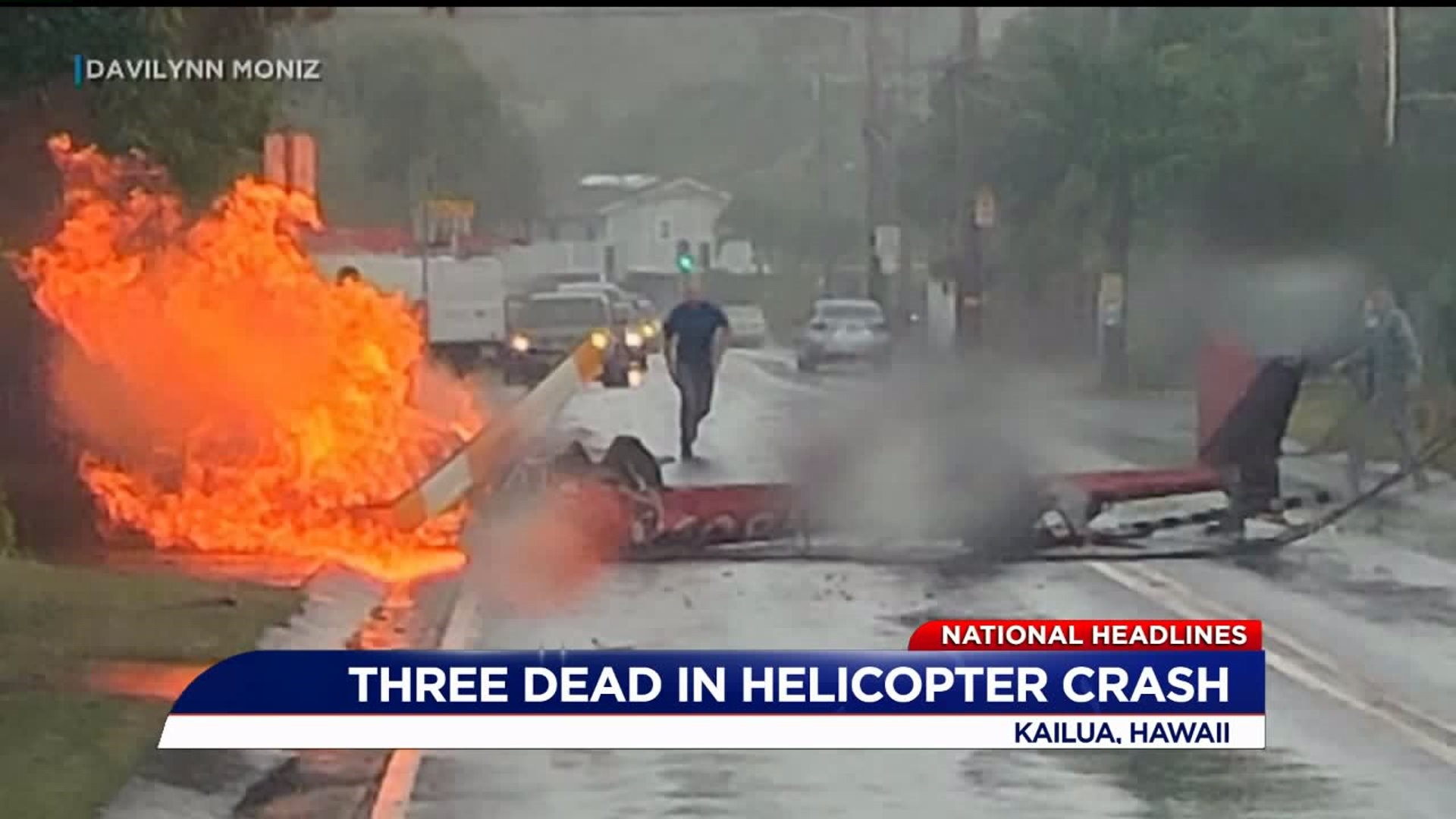 (CNN) -- Three people were killed when a helicopter crashed Monday morning in Honolulu County, according to the Honolulu Fire Department.

Honolulu Fire Captain Scot Seguirant said the helicopter crashed around 9:15 a.m. and caught fire as it made impact on a street in Kailua, on the island of Oahu.

Neighbors were controlling the fire with garden hoses and reportedly pulled one victim out of the burning wreckage, the department said.

All three people aboard the helicopter died, Seguirant said. Their identities, he said, are still under investigation.

The crashed aircraft was a tour helicopter, the owner of the business said.

"Novictor Helicopters is saddened to report that one of our tour helicopters, a Robinson R44 aircraft, crashed," Nicole Vandelaar, the chief executive officer and chief pilot of Novictor Helicopters said. "This accident is heartbreaking for everyone, especially the families and friends of the passengers and pilot, who was part of our Novictor family."

According to the fire department's statement, there were multiple reports of debris falling across a "large geographic area."

The area in which the helicopter crashed was a residential neighborhood, Federal Aviation Administration spokesman Ian Gregor said. Gregor said both the FAA and the National Transportation Safety Board will be investigating the incident.

Vandelaar said the company is working with authorities to determine the cause of the crash.

"We also wish to express our gratitude to the Emergency Services Department and the community for their efforts in extending immediate help at the scene," Vandelaar said.