WASHINGTON, D.C.– A supreme showdown is scheduled for this Friday, when the Senate will vote on President Trump’s nominee to the high court, Neil Go... 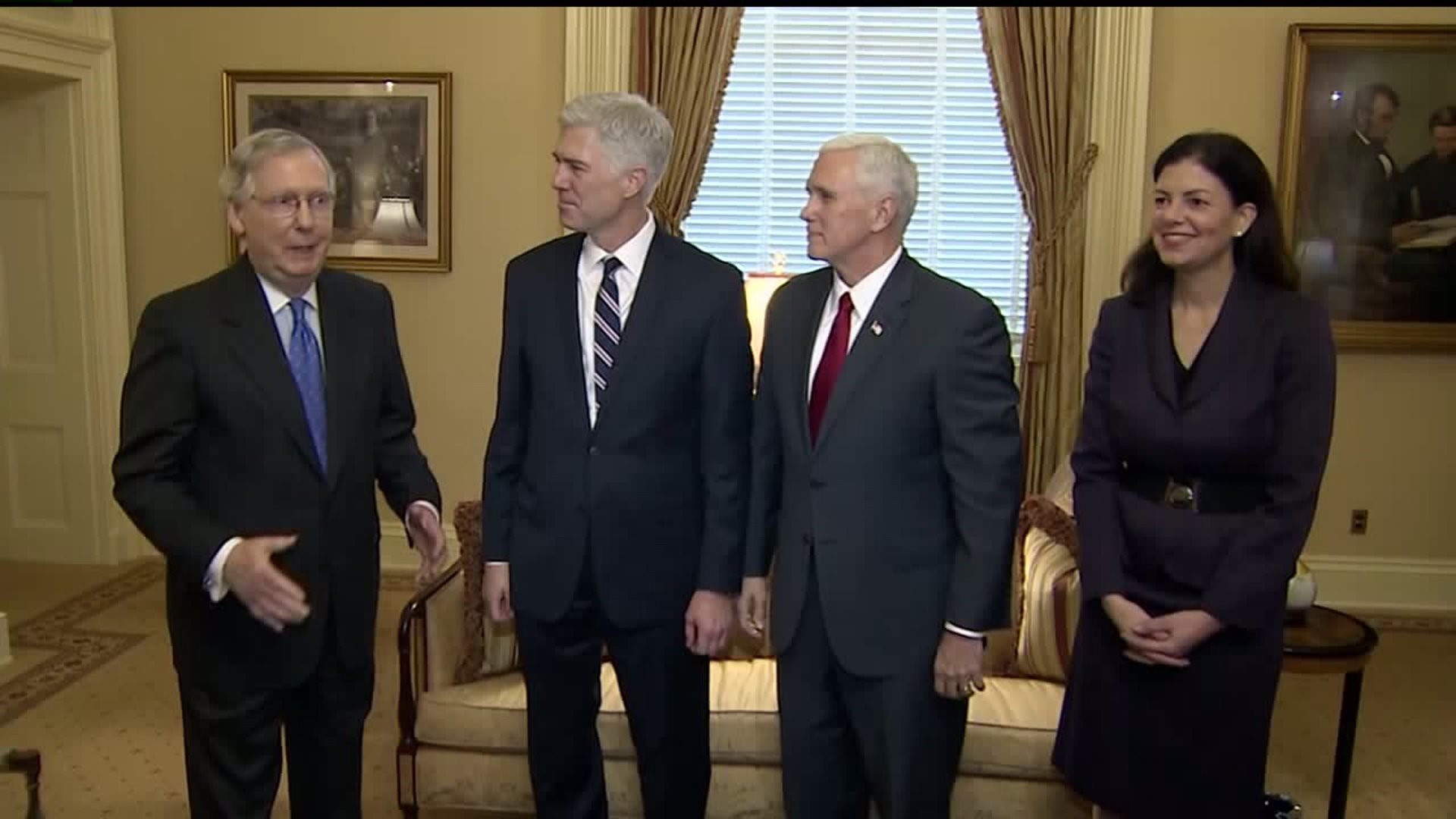 WASHINGTON, D.C.-- A supreme showdown is scheduled for this Friday, when the Senate will vote on President Trump's nominee to the high court, Neil Gorsuch.

Gorsuch now has the support of three Senate Democrats. Senate Democratic leaders still plan to filibuster his nomination, but they can't afford to lose more than seven votes.

At this point, Democrats have at least 36 Senators supporting the filibuster or leaning that way. But Republicans are threatening to use the so-called "nuclear option" if there is a filibuster. That means they'd change Senate rules to confirm Gorsuch with a simple majority of 51 votes, which they already have.

Debate will begin in the Senate on Tuesday, with a yes or no vote likely by Friday.

Meantime, groups gathered across the country this weekend to protest President Trump's agenda, including his nomination of Neil Gorsuch. Rallies were held in Denver, D.C., Seattle, and Chicago. Organizers say they don't agree with Gorsuch's values and are hoping Senators vote "no."

Related: Vice President Mike Pence says he's confident Gorsuch will be confirmed one way or another.