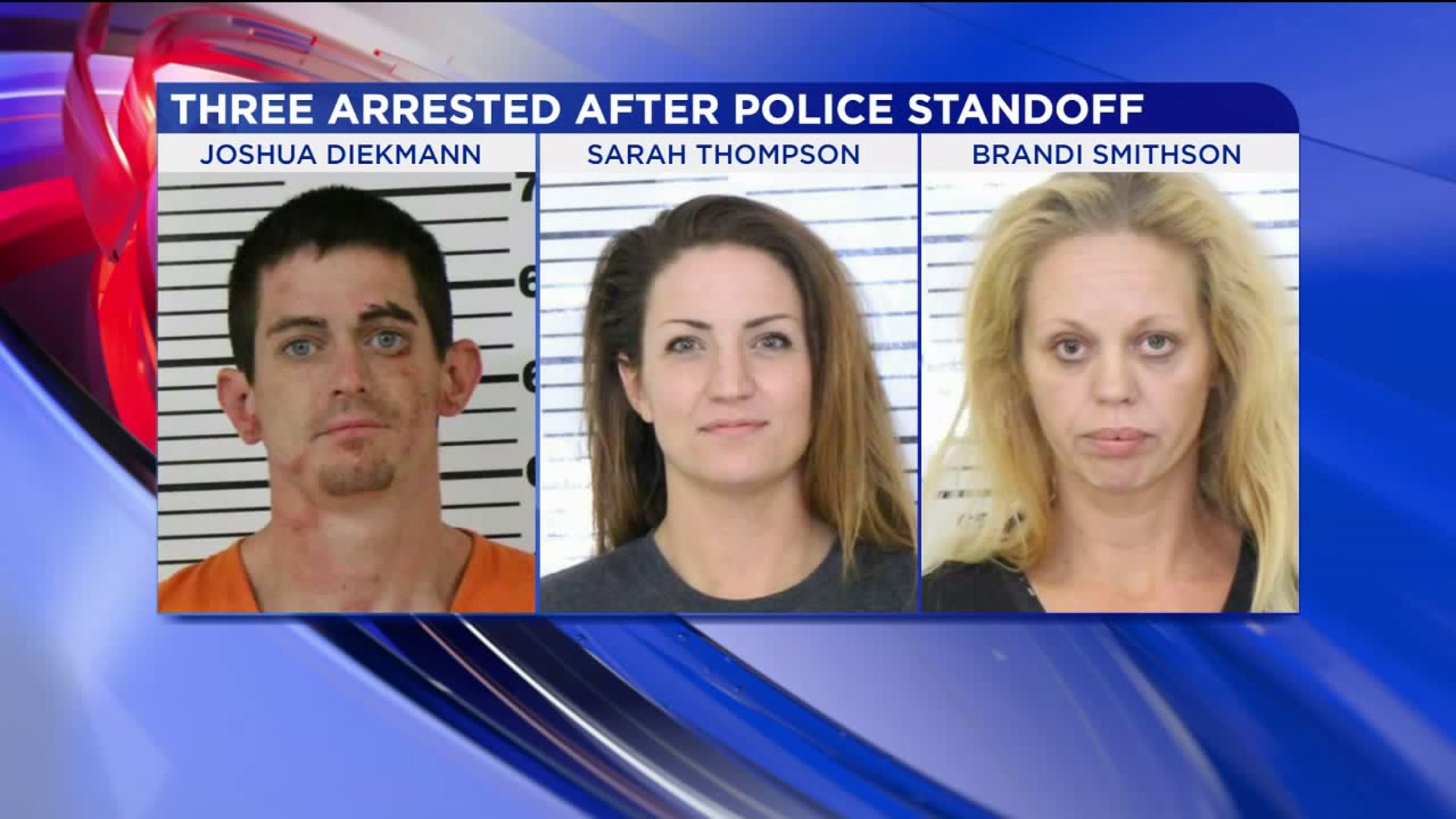 Police were held at bay for several hours after they say detectives received a tip about stolen property at a home in the 3100 block of Willowwood Drive in Bettendorf.

When police were preparing to serve a search warrant, they say one woman drove away.

She was pulled over, and arrested after police found stolen property in her car.

When police did serve their search warrant, They found another woman inside the home and arrested her.

A third person, Joshua Dieckmann, refused to cooperate with police. He barricaded himself inside of the home, and the Bettendorf Police S.W.A.T team was forced to respond.

The incident, which police say began at about 7:00 p.m., ended just after 1:00 a.m. when police say Dieckmann was found hiding in an attic.

He was arrested and during that arrest, one police officer suffered minor injuries.

Dieckmann is being charged with interfering with official acts and bodily injury. He was also arrested on "several warrants out of several agencies," according to police.

All suspects are being held at the Scott County Jail.