Thousands of dead fish popping up in Quad City Area

A walk along the peaceful bike path off the Hennepin Canal in Milan, Illinois looks like something out of a horror film. Thousands of dead fish have washed up o... 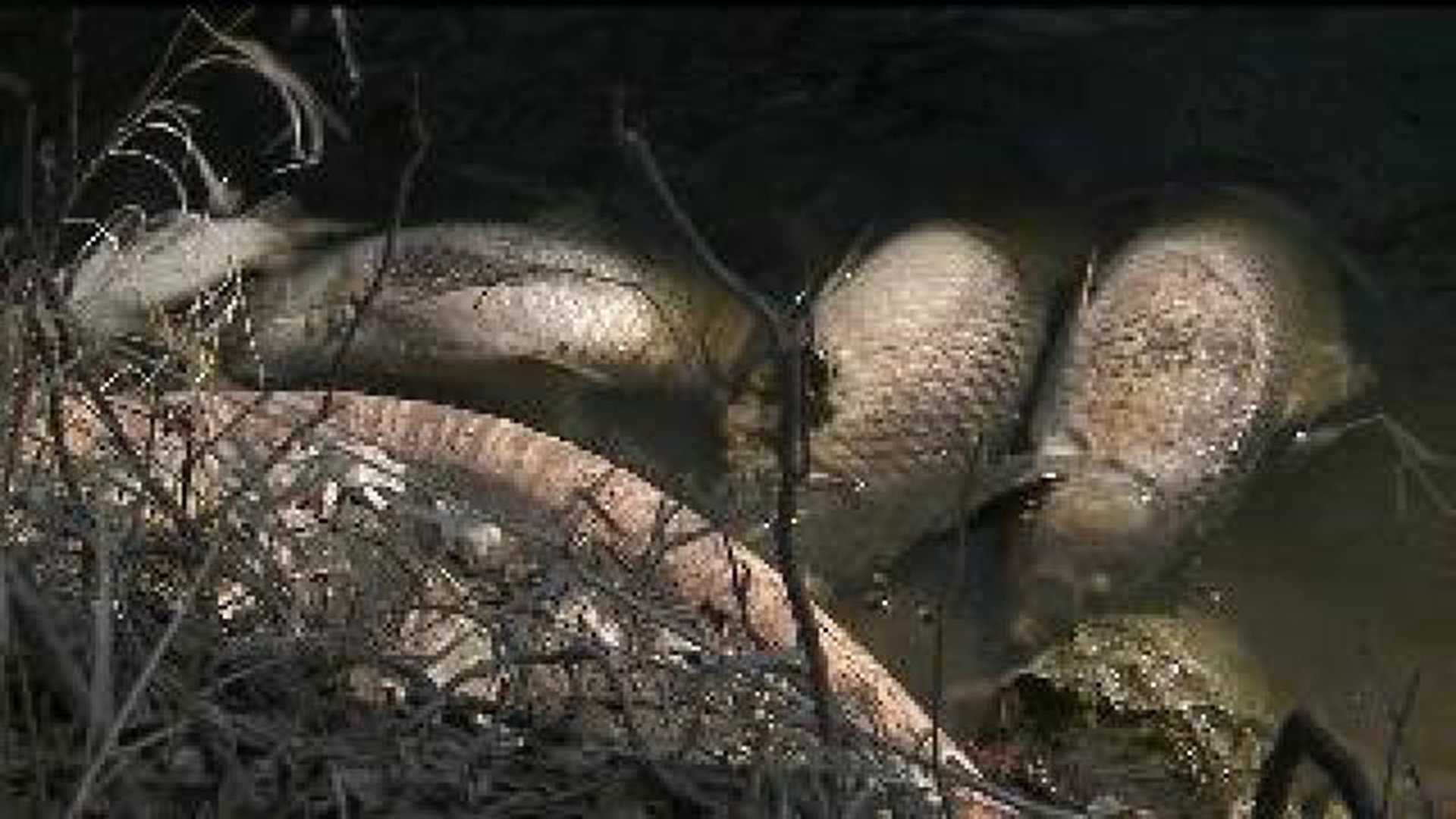 A walk along the peaceful bike path off the Hennepin Canal in Milan, Illinois looks like something out of a horror film.

Believe it or not, Iowa Department of Natural Resources Conservation Officer Jeff Harrison says it's normal.

"This happens after every winter. When we have so many days with cold temperatures, the snow covers the ice on these ponds and rivers. Sunlight then can't penetrate into the water. That means oxygen is lacking for fish in the water," Harrison said.

Related: Don’t freak out if you see dead fish

"We were just walking along the shoreline and we just seen all of these dead fish. I don't know why they're dead," Lang said as she pointed to a pile of dead fish floating in the water.

Lang and her friend Matreka Nache, of East Moline, had planned a quiet day of fishing along the canal.  But, between the stench of dead fish and the sheer sight of thousands of fish floating belly up, their plans quickly changed.

"We were walking just under the bridge when we noticed this," Nache said as she pointed at a huge fish floating off the shore.  A dead American paddlefish was pulled out of the water.  At nearly five feet long, it's a rare sight in the Hennepin Canal.

"I have never seen one of these in the canal," said local fisherman Pat Bundy.

It's just another sign that, on this day, winter snagged the big catch.

Thousands of dead fish popping up in Quad City Area