THOMSON, Illinois — Officials at the high security federal prison in Thomson are making a big push to hire hundreds of new employees. But bringing that ma... 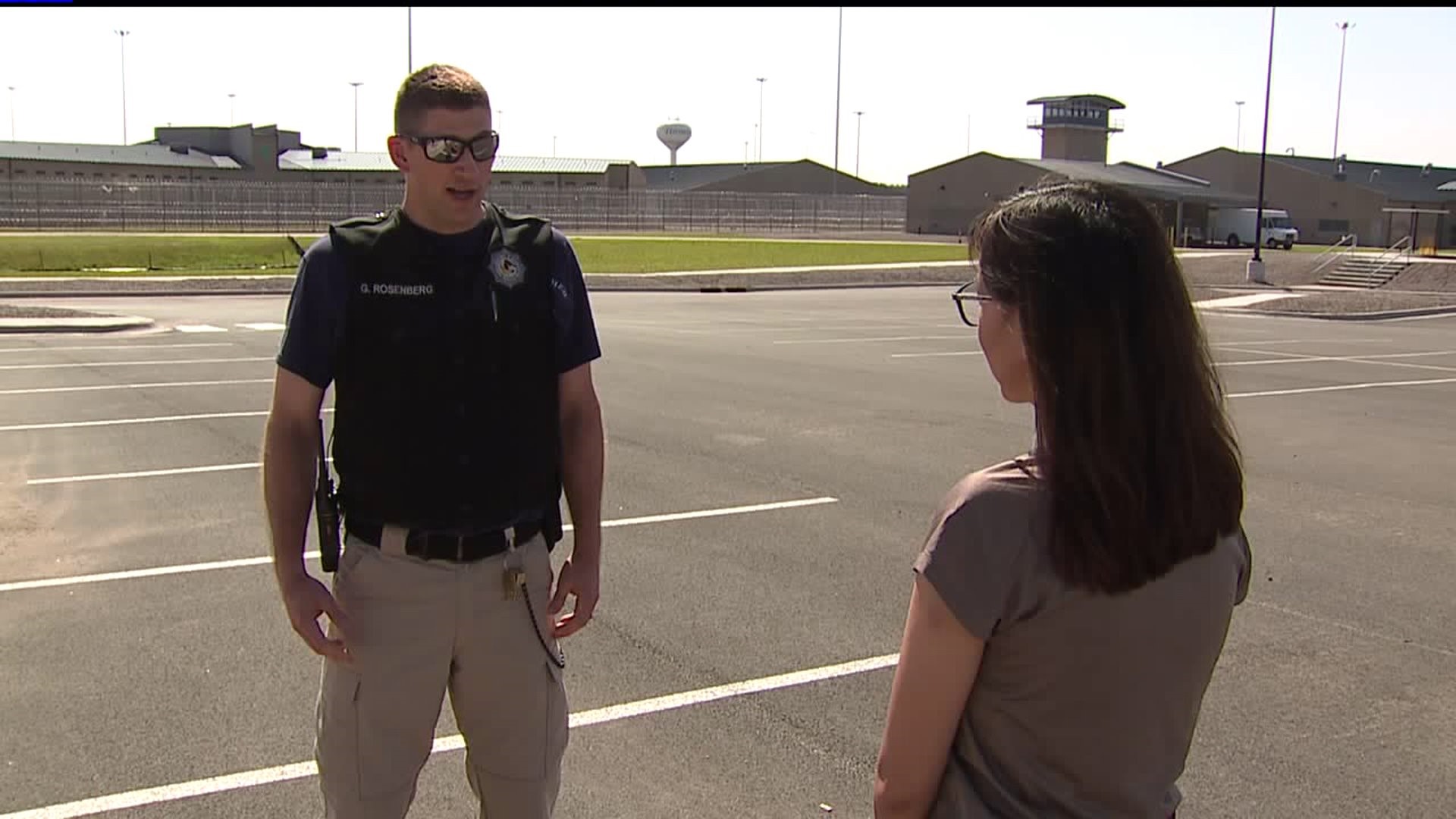 THOMSON, Illinois -- Officials at the high security federal prison in Thomson are making a big push to hire hundreds of new employees. But bringing that many recruits to a village like Thomson, with a population of less than 600, brings with it a set of challenges.

"The most common challenge we’re told about is housing, daycare, leisure activities," said Public Information Officer Nicole McDowell. "When you’re bringing a family in, you’re looking at the whole picture."

Greg Rosenberg, Human Resources Manager at the Thomson penitentary, echoed that sentiment. He grew up in Bettendorf and jumped at the opportunity to be close to home again. Bringing his wife and two young children with him, he understands the challenges well, he said.

"We try to hire from the local area, people who are already established, there’s strong desire to hire from Thomson. But we are also bringing in current staff from around the country. A lot of them say, 'There’s a lack of daycare, my spouse can't get another job.'"

He said many people have chosen to live in the Quad Cities because that's where the jobs and daycare are.

Rosenberg has 200 vacancies to fill. "I currenty have 375 on staff, and am projecting another 75 (to onboard) in the next month or so," he said, adding that he hoped to achieve full staffing level, employing more 600 people, within 18 months.

The challenges prompted Donald Hudson, the warden of Thomson Prison, in April to send a letter to community leaders in the surrounding area, urging them to enhance housing offerings and lifestyle amenities.

After more than decade of road blocks, lack of funding and ownership changes to get the Thomson prison to this point and fully operational, some developers and businessed might be hesitant to invest, said Village President Vicky Trager.

"People are a little bit skeptical and I don’t blame them for that, because it has been a long hard road. The village has had a lot of businesses and investors, people who really  kinda looked forward to it and spent money and built things. They have struggled and many of them had to close and we’re hoping that won't happen again ," she said.

Trager said the village won't be able to accomodate every need, and it won't have to absorb the influx alone.

"We are not in the real estate business. We are hoping that developers will want to do that, now that we know there's a real need and real market for that," she said.

Local leaders from surrounding communities have taken note as well, letting prison officials know they want to grow with the prison staff.

"A lot of people reach out and say we are here and we want your staff to live here," McDowell told News 8.

Contractors were working to finish building a training facility and a training firing range by the prison, but inside, the facilities are fully operational, staff said.

Rosenberg said he was looking to recruit more than 100 correctional officers and he was confident the benefits package and quality of life would bring people to Thomson.

Salaries start at about $42,000 and the prison is offering a 10 percent sign-on bonus for new correctional officers who sign on by September 30, 2019, and fulfill 12 months of “satisfactory service."

Thomson is looking for people who want to make a career in any number of fields. Rosenberg said those who have never looked at a prison. as a place to make a career should take another look: "People can work here for 20 years and leave with a full pension, full benefits and healthcare for the rest of their lives."