The story behind the Quad Cities ‘yo-yo man’

Scott self medicated his anxiety with drugs and alcohol. He was an addict, and the law caught up with him. But with help of family and friends, things changed. 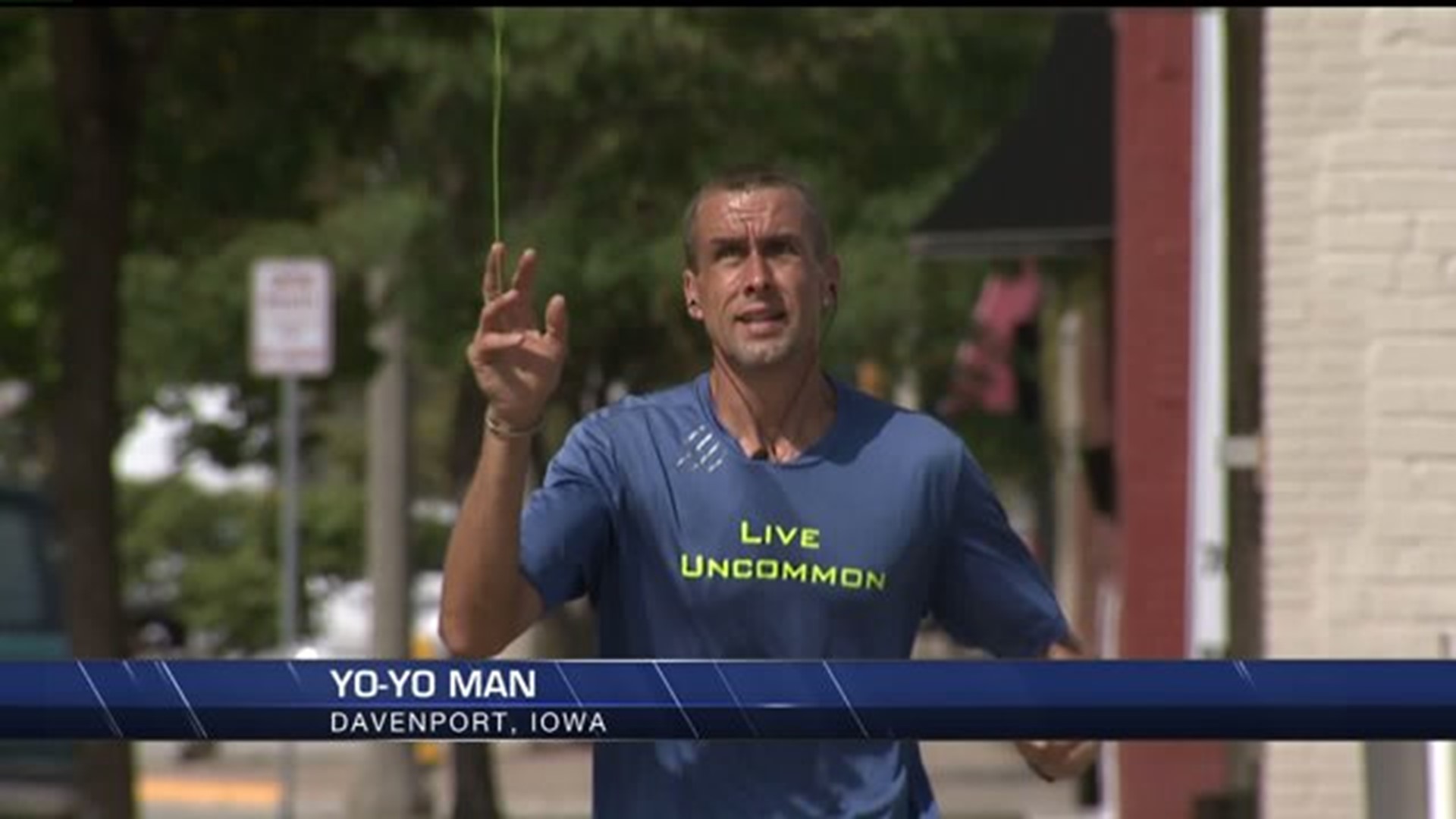 Scott runs 10 to 20 miles everyday with his hand held partner. He has to.

"It's a sense of calmness, anxiety. It keeps me focused. It stimulates my senses when I'm running even more. It's given me my life back," says Searle.

His hand isn't the only thing full. His shoe is too. Every time Scott runs, he carries his Alcoholics Anonymous chip with him at the bottom of his shoe. The one he currently has represents seven years of sobriety. It's Scott's Olympic gold medal.

But his journey all started at the Davenport YMCA.

Scott's parents would drive him to the Y to distract him from alcohol and drug use. At the time, Scott did not have a driver's license.

"That was just to get me downtown, rides to take me downtown so I could walk out the back door and go to the bars," says Searle.

Scott self medicated his anxiety with drugs and alcohol. He was an addict, and the law caught up with him. But with help of family and friends, things changed.

"If I could sit on a bar stool for eight hours a day and drink until oblivion, I can go ahead and be here," says Searle.

Scott says running saved his life, but everyday is a struggle.

"It's hard. Don't get me wrong. I go through it everyday. That's why I have this new addiction, running," says Searle.

Everyday Scott fights his mental demons to set a good example for his driving force, his son Caden.

"Do what you can. Stay at it. Never lose faith," says Searle.

Seven years down, a lifetime to go, but through the ups and downs Scott is always moving forward.

Scott is training for the Hennepin Hundred, a 100-mile race from Sterling to Colona, Illinois. The race starts October 1, and Scott has a GoFundMe account to help pay for the entrance fee and new shoes.