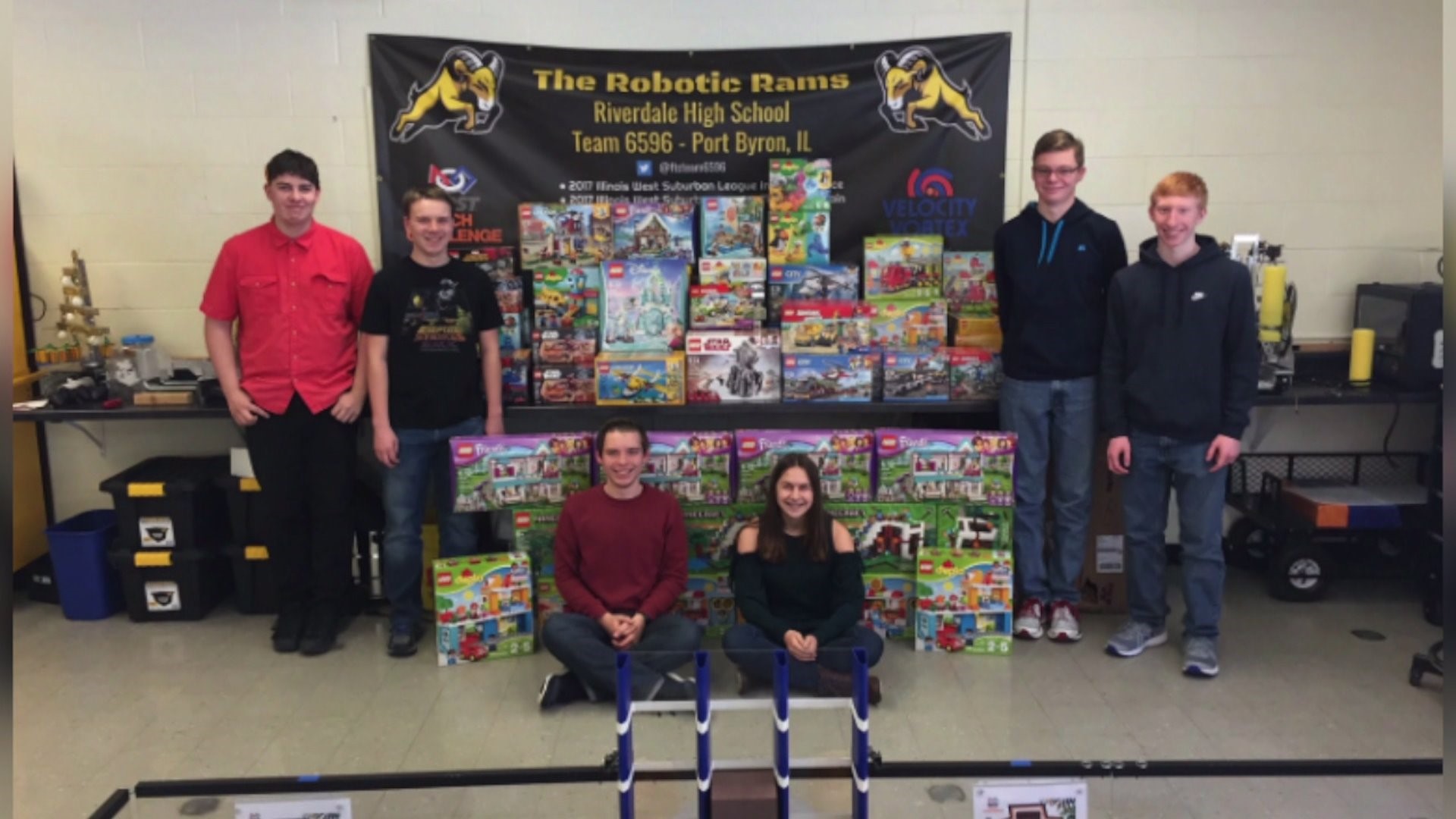 PORT BYRON, Illinois - The “Robotic Rams” is the Riverdale High School robotics team who held their third annual competition Sunday afternoon.  Although the team was focused on their robot, they were also thinking about a bigger cause that’s helping patients at the University of Iowa Stead Family Children’s Hospital in Iowa City.

For students like Riverdale sophomore Ella Fornero-Green it starts with a little curiosity.

“I did not know how to program when I came into robotics last year, but now I’m the lead programmer,” Fornero-Green says. “I was like this is really cool. I want to be apart of this and be able to code and design robots.”

Fornero-Green is on the “Robotic Rams” who are competing in their third meet this year with their own masterpiece.

“This is our robot this year,” explains Aleck Reece. “So, he can intake minerals using this rubber band drum right here that spins.”

Those minerals are yellow cubes and white whiffle balls.  The team programmed the robot to sort them.

“You get points for correctly identifying that the cube is the one you need to move and moving that,” Reece explains. “If you move either of the other two those points are taken away.”

“It’s all about the points you want to have the most points to win,” Fornero-Green adds.

But there’s more to this tournament than that winning title.

“The top of the Iowa children’s hospital list for donations is Legos,” says Fornero-Green.

After the team found out their teacher’s son was fighting cancer, they decided to put the pieces together to help.

“So, we raise money and we purchase Lego sets for children at the hospital,” comments Reece.

Giving patients a chance get a head start in their STEM career.

“Legos relates a lot to what we do,” Reece says.

Because a little curiosity is the first building block to creating opportunities for others.

“They can build and use their hands and build whatever they want with them,” says Fornero-Green.

This is the Robotic Rams third year collecting donations for the University of Iowa Children’s Hospital.  So far they’ve donated more than one hundred Lego sets for patients.