Every year, nearly a half-million critically ill or seriously injured patients rely on an emergency air ambulance for care. 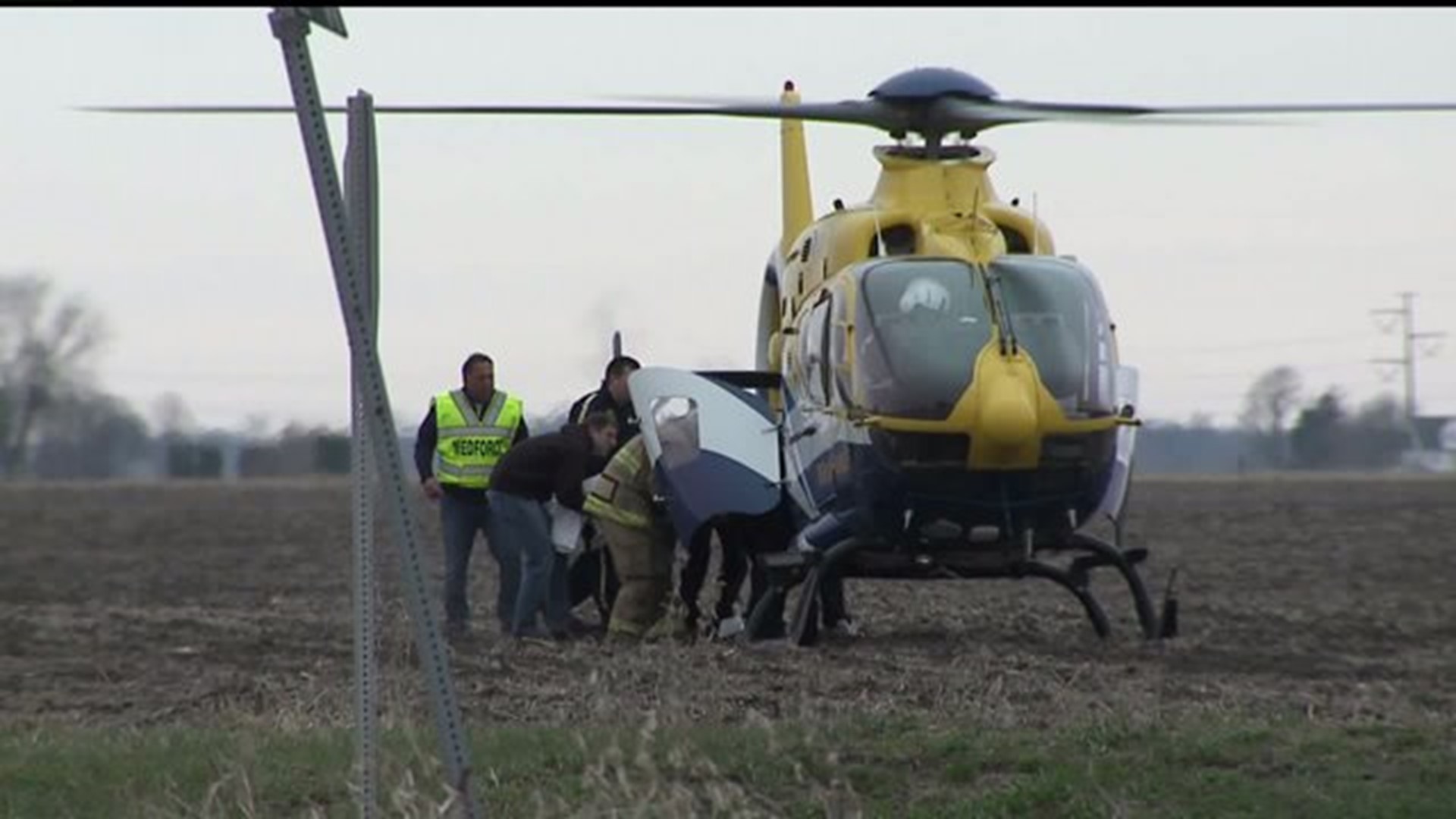 ORION, Illinois - It's a life-saving service that can leave patients in serious debt.  Every year, nearly a half-million critically ill or seriously injured patients rely on an emergency air ambulance for care.

Three years ago, 15-year-old Daniel Lyons had to be airlifted not once, but twice. His parents thought he was having an asthma attack.  After he was rushed to a hospital, Daniel's parents found out it was a lot worse than they thought.

"They told me his heart looked like an 85-year-old mans heart," said Daniel's mom, Laura.

Daniel went into cardiac arrest and had to be airlifted to the St. Louis Children's Hospital.

Daniel's parents were billed more than $100,000 for two short trips via medical helicopter.

Several options, but you don't really have a choice

"I don`t think we`re all equal when it comes to the billing aspect," said Kevin Takacs, chief executive of Medforce Air, who says his is a non-profit company while others are private for-profit enterprises.

Takacs says how much you pay depends on which company you get, and in most cases you don't get to choose.   He says patients usually see a bill in the $20,000 range for Medforce.

"This is such an expensive industry to maintain sustainability, and then you throw profitability on top of that, so I could only imagine the for-profit companies are going to charge more than what a community-based, non- profit company can do this for," said Takacs.

Life Flight, part of the OSF Healthcare System based in Peoria, says their average fee for medical transport via helicopter runs more than $27,000.  It's a rate they say allows them to sustain a business.

Air Methods is one of the biggest companies in the industry. They offer services for locations in 48 states, including the University of Iowa Hospitals and Clinics in Iowa City.  A spokesperson for Air Methods says 24-hour service, with state-of-the-art equipment and medical staff, comes with a higher price.

Laura says Air Methods was the company that airlifted Daniel; and while the company says their charges are similar to others offering the same service, Laura says that's not what she experienced.

Why it costs so much

Air Methods says the heart of the issue is that health insurance companies continue to shrink their coverage.

Anyone can start an air ambulance service and can charge whatever they choose.

Takacs say the industry also isn't regulated, so anyone can start an air ambulance service and can charge whatever they choose.

"I think there needs to be regulation on where we set up aircraft at. I don`t think its necessary to have, you know, multiple aircraft in one community. I think it can be service very well by one," says Takacs.

It's a competitive business, a fight to see who responds to the call first. It doesn't always mean the closer service will be the once picking up the patient.

"Anyone will do anything to get the edge to get that flight and that`s very disappointing to me because when it comes right down to it it`s all about patient care and we need to do the right thing for the patient," said Takacs.