The Making of a Marine: Graduation Day at MCRD

The recruits of Company M, now officially Marines, are seeing their families for the first time in three months. It’s graduation day. 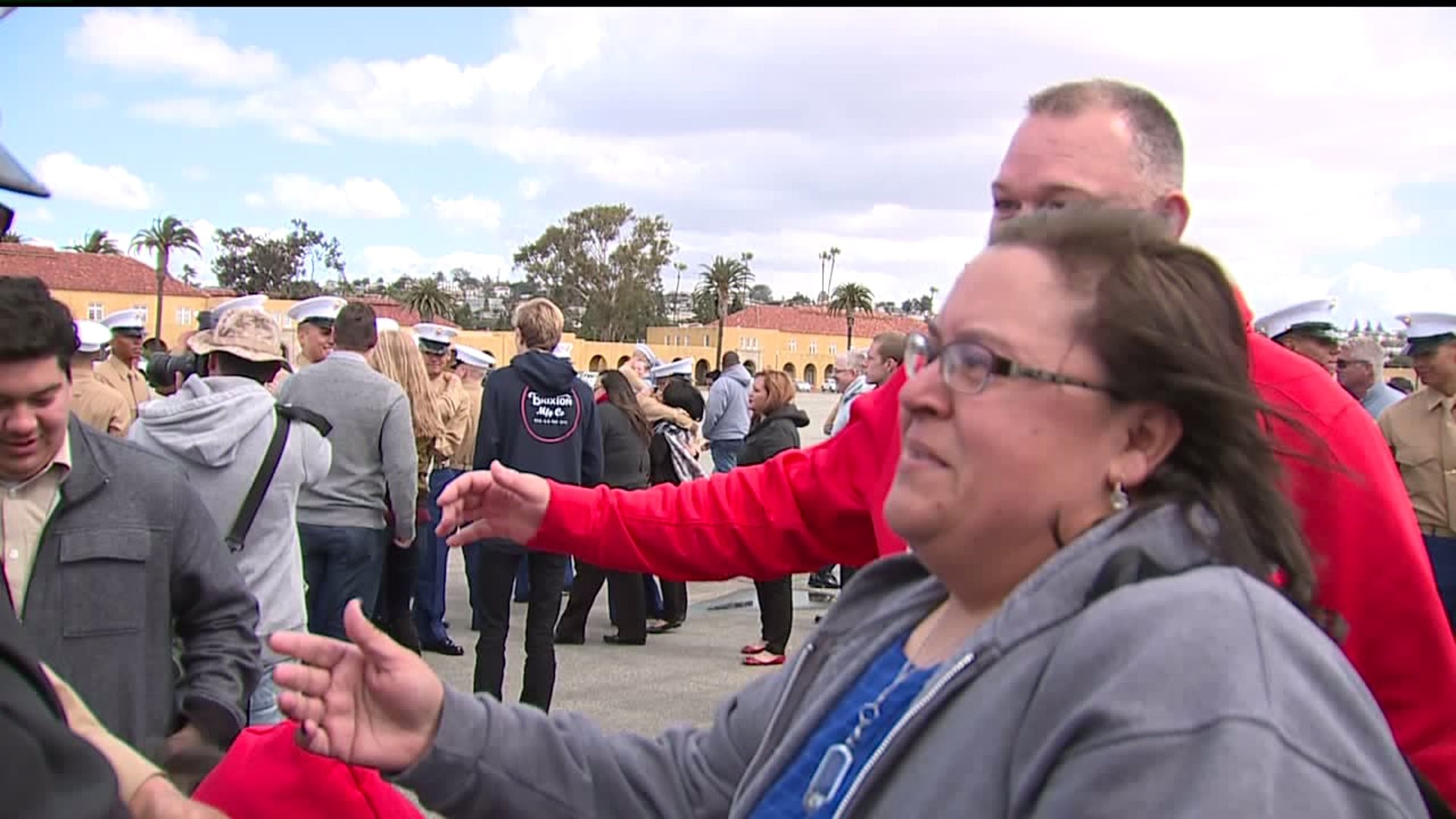 They train for 12 weeks to make their entrance. They walk in uniform as one onto the parade deck at Marine Corps Recruit Depot in San Diego, California.

The recruits of Company M, now officially Marines, are seeing their families for the first time in three months. It's graduation day.

The crowd is sorted by platoon, giving families the best shot at seeing their Marine. Thomas Bush from Selma, California brought binoculars to scan the crowd. He spots his son 19-year-old son Thomas or "TJ" in the front row.

"We're a real close family," Bush explained. "We've never had him away for any period of time. I was in there every day marking the calendar down. One day closer. One day closer."

Graduation is a regular celebration at MCRD. Ceremonies are held about 40 weeks out of the year and always on Fridays. In all, about 17,000 recruits will graduate this year.

The ceremony recognizes Marine Corps leadership, especially the drill instructors, tasked with making these Marines. The culmination is the final order from their drill instructor. Booming voices respond.

With that, these young men are released back into their mothers' open arms.

"I cried. I cried before I even got to her," said PFC Thomas Bush. Being able to give them a hug was pure joy. "I didn't want to let go of her."

His parents are bursting with pride at the sight of TJ in his uniform. He's lost 18 pounds over the last 3 months of training.

PFC Bush says the biggest change in him is how confident he feels.

"Everywhere you go, people will know you're a Marine just by the way you stand," he said. "It's awesome."