The history inside the old Rock Island County Courthouse

Rock Island, Illinois– The old Rock Island County Courthouse has barely been used in nearly two years. The building is outdated and costs a lot of money t... 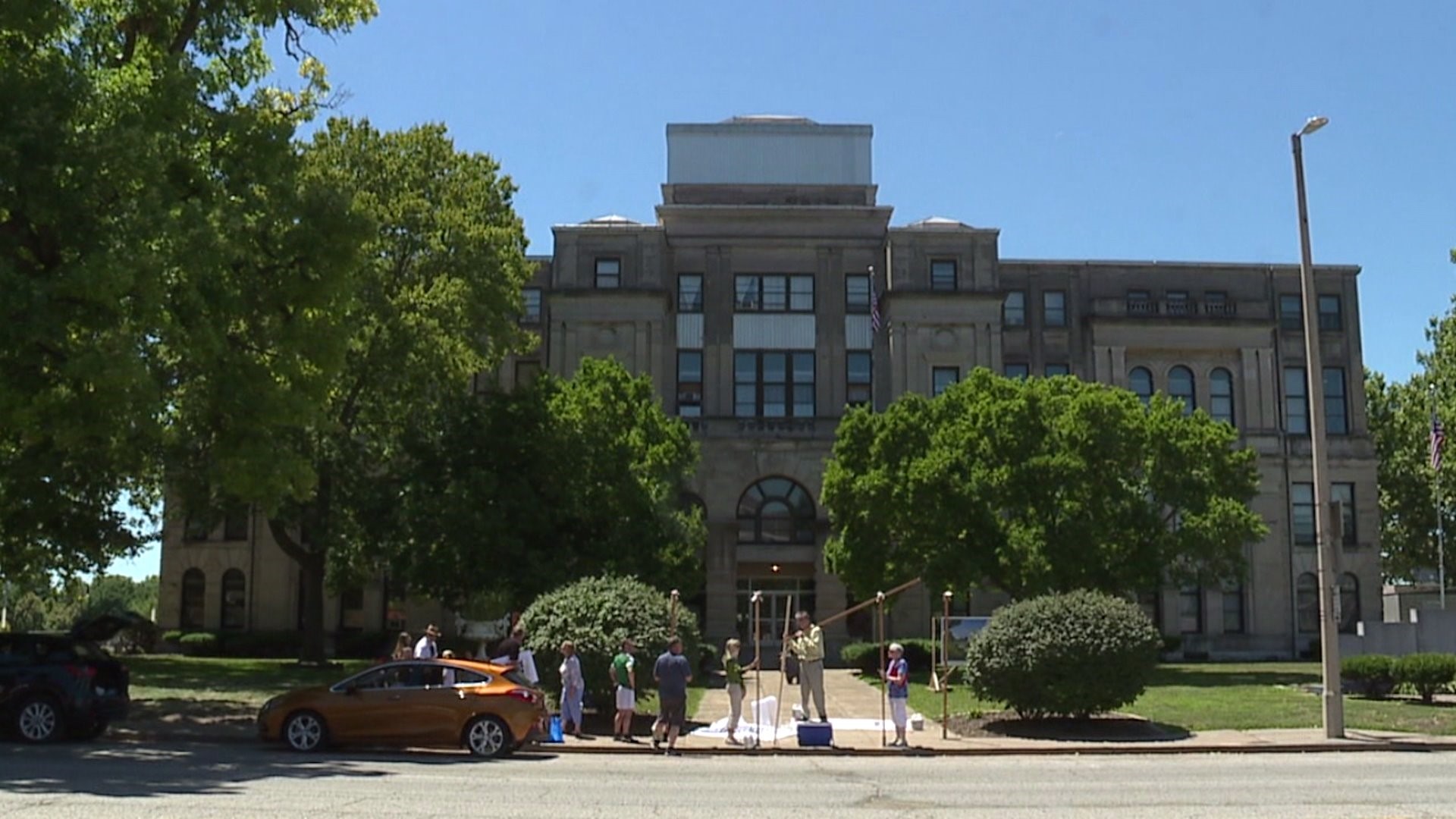 Rock Island, Illinois-- The old Rock Island County Courthouse has barely been used in nearly two years. The building is outdated and costs a lot of money to maintain.

The County has proposed to tear it down but it won't be coming down without a fight.

A group of local preservationists have stepped in to keep the building intact. The community is getting involved too.

Diana Alm has lived in Rock Island county for forty seven years. Until recently she didn't see the history hidden inside.

Earlier this year she went through the courthouse and photographed a staircase, specially made doorknobs, tiles, but something else stuck out to her.

"On this plaque are all these names of the people that were considered early settlers. They were from 1816, when George Davenport first came, all the way to 1846 when he died. All the people that came to this county during those years have their name on this plaque carved in marble," said Alm. As soon as she saw it she thought they can't tear this down.

While some people see the history inside the courthouse others love the architecture.

"You don't see buildings like this anymore," said Bill Handle. Handle is a retired architect and has learned everything he can about the work that was put into the old courthouse back in the late 1800s.

"The care and the love with which it was built just needs to be respected," said Handle. Handle believes the space inside the courthouse could be re-purposed as an office space for Rock Island County.

"I'd like to see it become something else, a museum, a restaurant, offices, stores. If somebody had the vision of what it might become I would think they could figure out a way to make into something else," said Alm.

The Rock Island Preservation Society is raising money for renovations on the courthouse if they are given the chance.

The County building commission will vote on what to do with the old courthouse by July 18th.