“The Flag Man” comes to Clinton to honor fallen firefighter

As a community prepares to say a final goodbye to a firefighter who died Saturday in an explosion American flags lined the streets of Clinton. 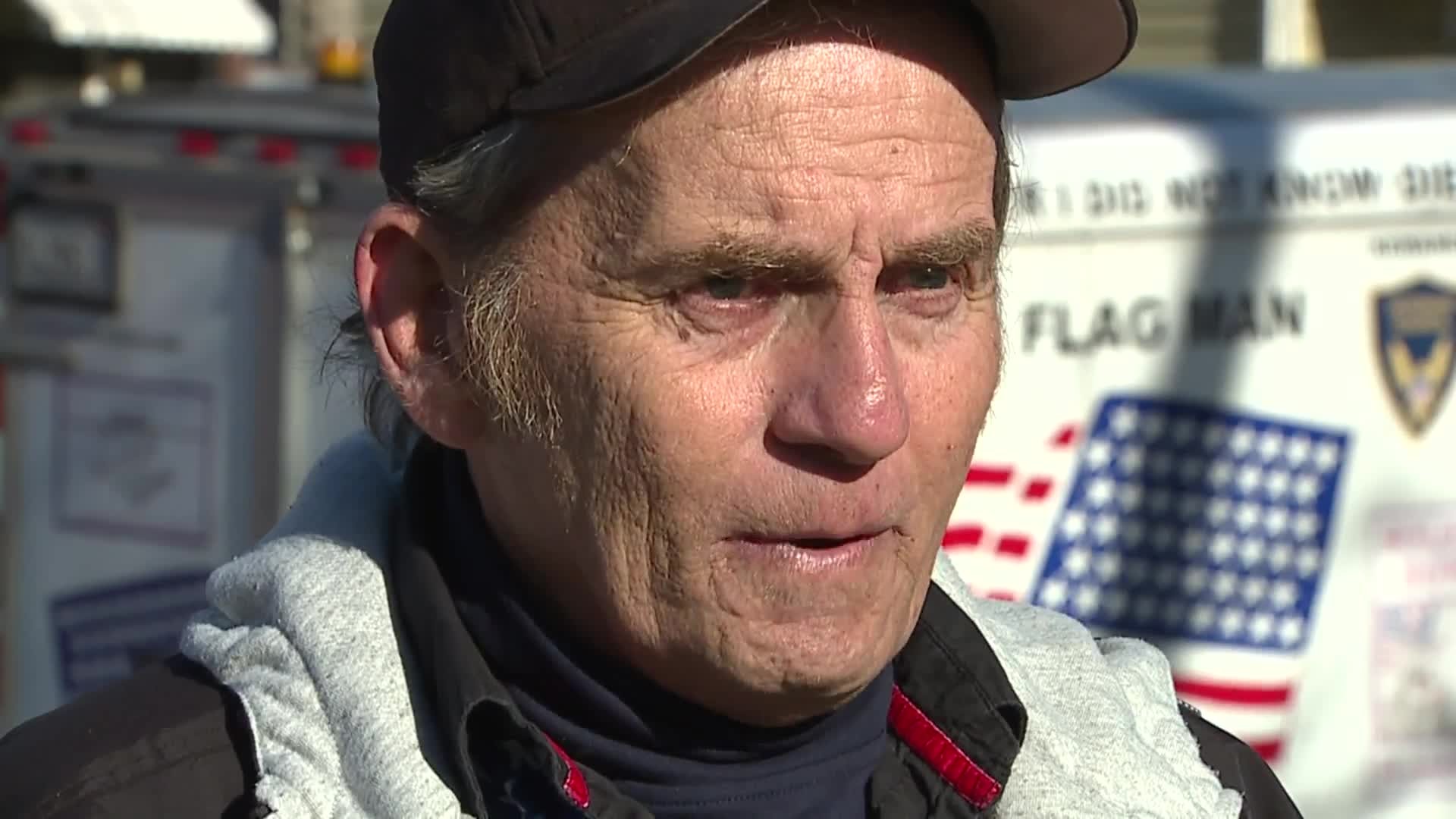 CLINTON, Iowa — As a community prepares to say a final goodbye to firefighter Lt. Eric Hosette, who died Saturday in an explosion while responding to a fire at an agricultural processing plant, American flags lined the streets of Clinton.

Volunteers came in waves to drive flag staffs into the ground ahead of this weekend's funeral and public memorial for the fallen firefighter. They were called to action by a local patriot that most people know as "the flag man."

"I tell you, no matter what state you go to, or what town you go to, you always have fantastic people," said Eckhardt.

He said that even after Lt. Hosette gave his life in the line of duty, he had one more gift to give.

"This, to me, is also Eric's last gift to this community," he said. "Because he's bringing the town together.

Taking as many staffs as their arms and truck beds could carry, dozens of volunteers scattered out across the city to line up the route of the firefighter's last procession with flags.

Steve Ramirez, a retired Clinton firefighter, said that when you join the station you join a family.

"Out here on a cold day, swinging a hammer, you bet," he said. "I don't mind it at all. I think this is unbelievable. This is awesome, what a tribute to these guys," he said.

Nowadays, Eckhardt the flagman could use all the hands he can get. He's been battling cancer for the last few years.

"All together, in both operations, they spent about nine hours with three surgeons," he said. "So I was pretty well full of it. Full of cancer that is, not anything else," he said with a laugh.

He said his latest surgery appeared to be a success, and that he hoped to be well enough to travel more often and further around the country whenever the need arises.

And with the clanging of hammers driving spikes into the frozen soil, and flag staffs planted one by one, the rout of Lt. Hosette's final procession has become a tribute.