CTRSN Adria Rice had been gone for five months. Her parents had no idea she was back home. 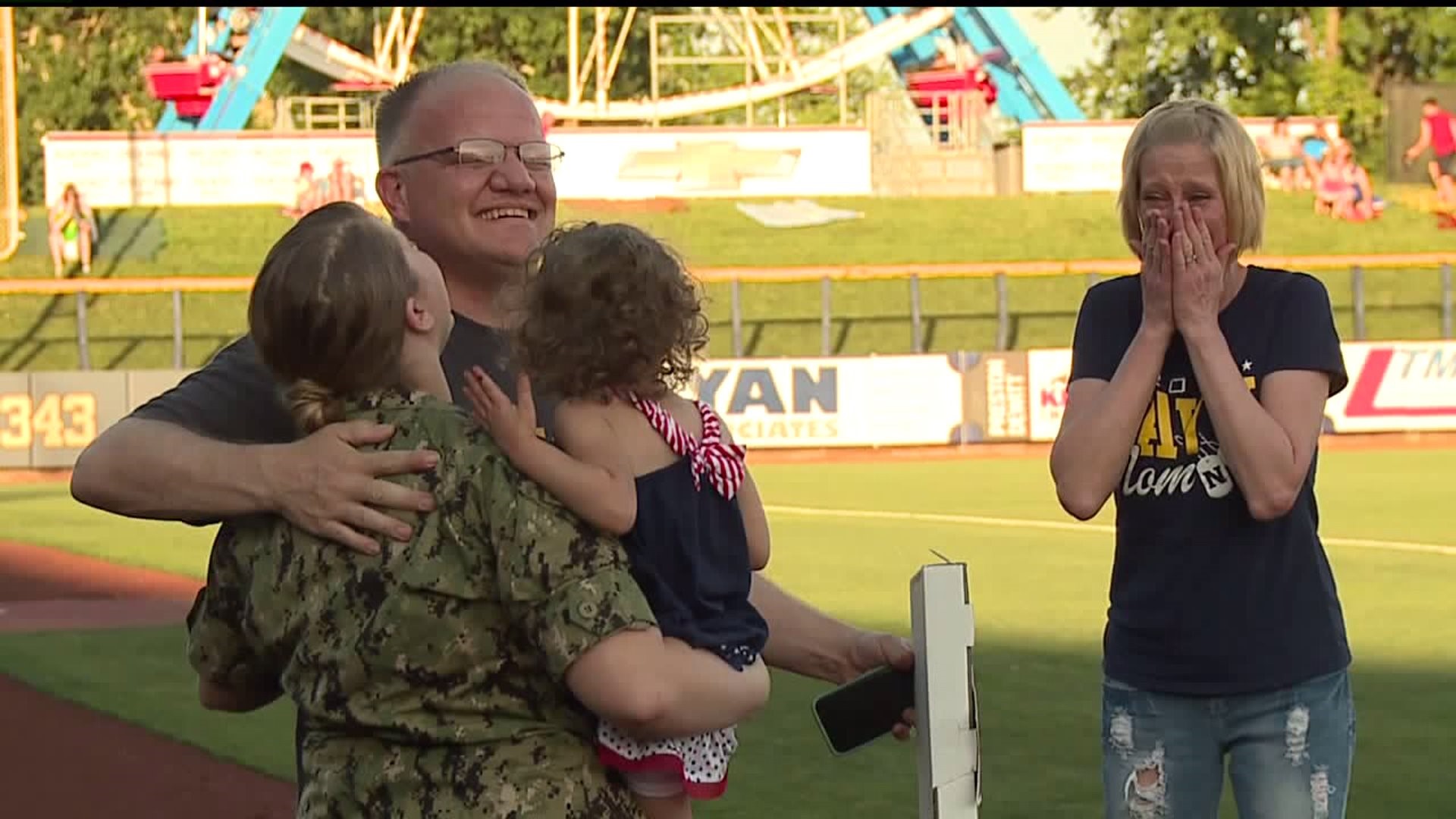 DAVENPORT, Iowa-- The Quad Cities River Bandits celebrated the end of Navy Week during their home game Thursday, July 4. As part of that, they were honoring Ryan and Chrissy Rice, the parents of a Navy servicewoman. But what they didn't know was they were getting the biggest surprise.

CTRSN Adria Rice had been gone for five months. Her parents had no idea she was back home until they turned around while down on the field at Modern Woodman Park.

Adria says she's just glad she pulled it off. Here sister Leonna helped get it all planned.

"I'm very proud of myself because I was afraid they were going to find out," Leonna says.

They'll now have five days together before Adria returns to serving her country.