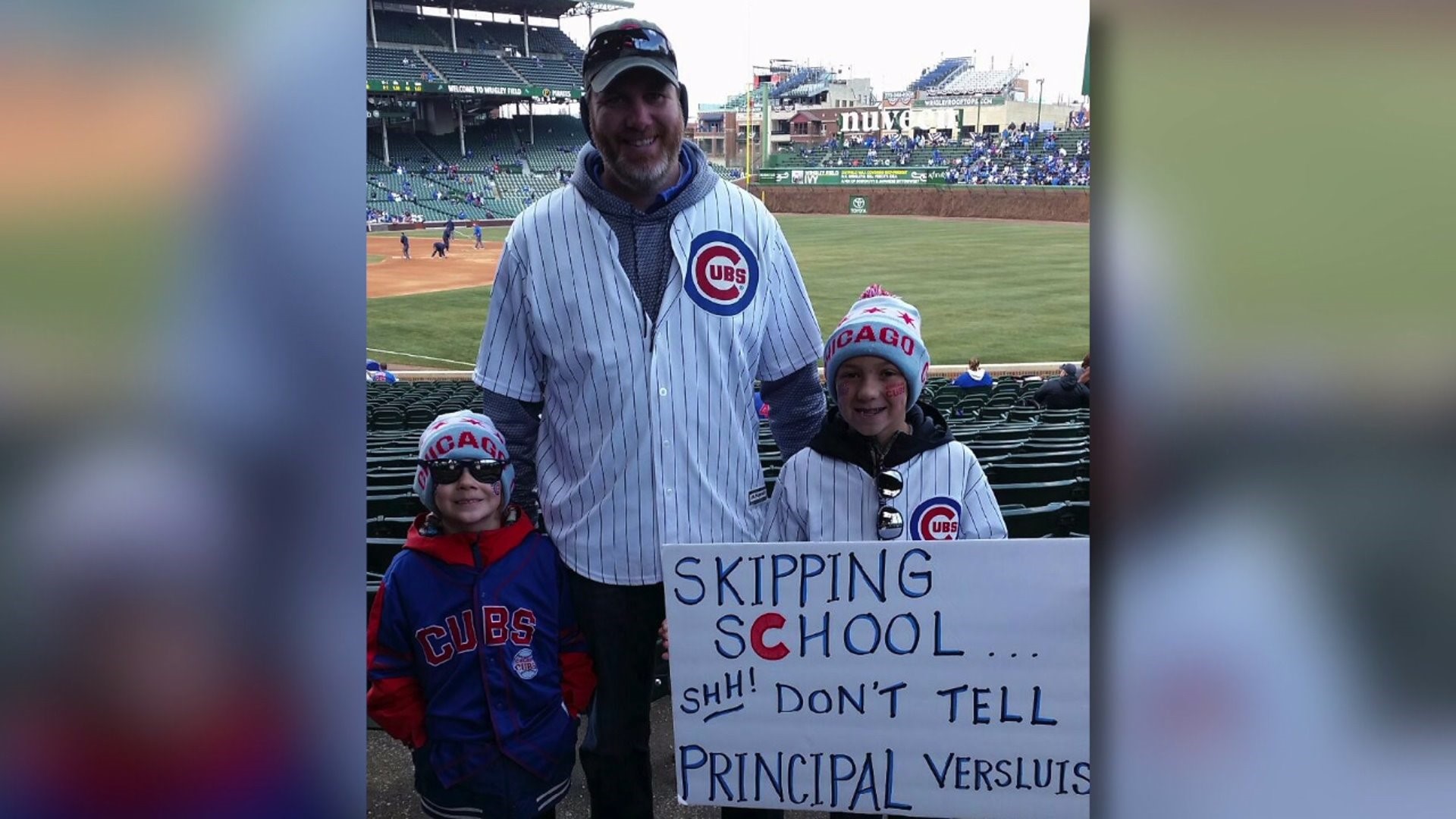 That's because they ran into their principal.

The boys say they were hoping to be spotted by a tv camera at the game, so they could send the message back to East Moline.

Not to  worry. Principal Patrick Versluis was at the game with his son and spotted the boys, and their sign.

By that time, someone with the MLB had already tweeted the sign to its 8.3 million followers.

A Chicago Sun Times reporter picked up the story about the students and their principal who skipped school to see the opener, a sweet story, which has gone viral.

"It's just gone crazy. My phone blew up. The media asking for interviews, it started at two this morning," said Principal Versluis.

The boys, who are 6 and 9, say they were rewarded with the tickets by their parents for their straight A grades.

The principal says he is lucky enough to be part of a group that shares season tickets, and this year, he was drawn for opening day.

"Attendance is important. But, we also learn from these experiences in life. Who's giving up opening day? Come on," he said.