Quad City students and businesses collected more than half a million pounds of food for the 29th annual Student Hunger Drive. 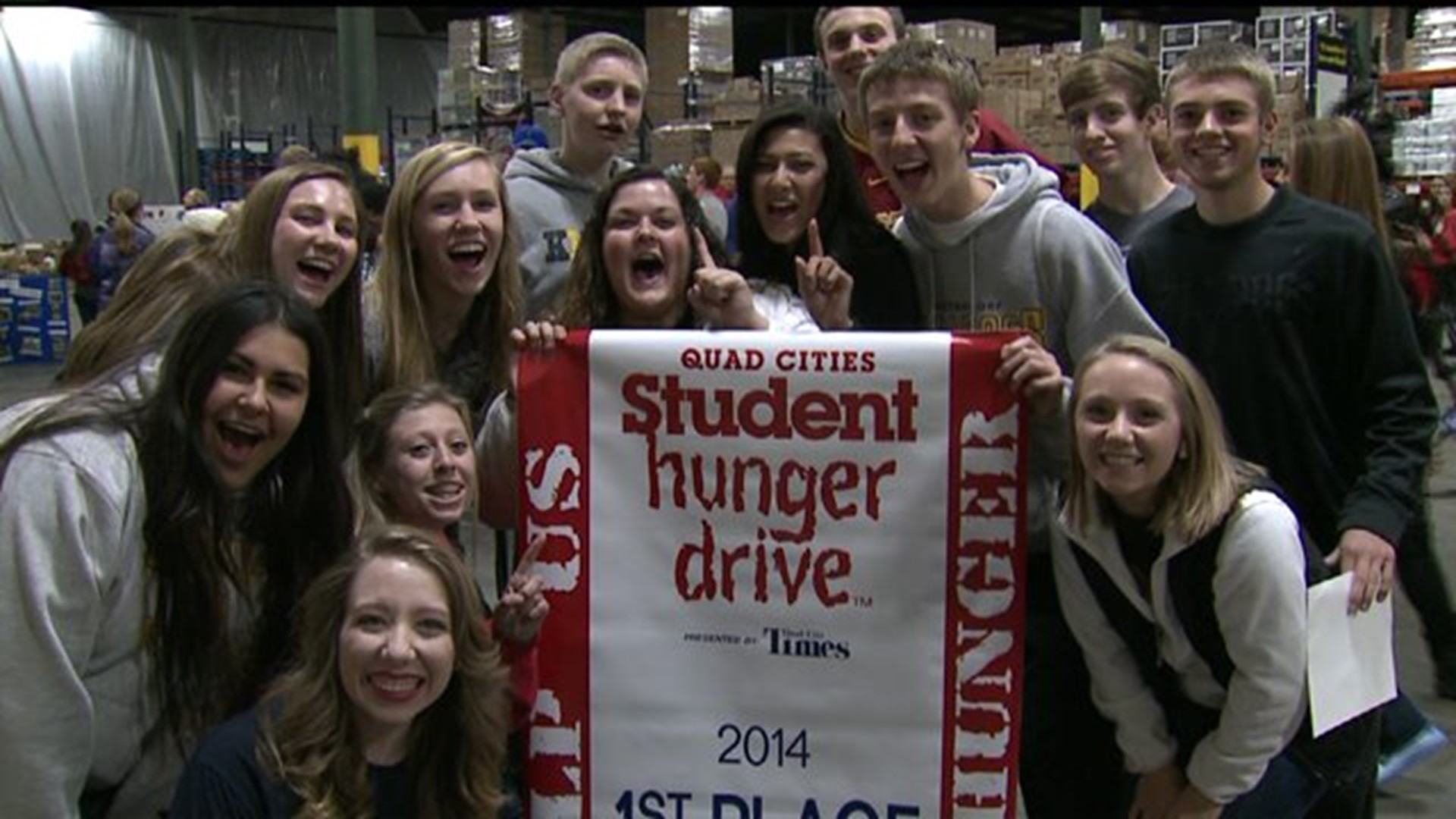 Quad City students and businesses collected more than half a million pounds of food for the 29th annual Student Hunger Drive.

The grand total was unveiled Thursday night at the 2014 'Finale Rally.'

Students from 17 area high schools brought in the bulk of the donations, collecting 478,965 pounds of food over a six-week period. The corporate challenge raised the final number to 652,496 pounds.

Before the celebration, students walked through the River Bend Food Bank in Davenport, taking a look at just how many shelves they filled with their donations.

"After I volunteered down at my church and saw the people that are directly affected by the food bank, it really hit me and showed me that we're helping a lot of people that really need it," said Bettendorf sophomore Tamaris Stroker. "I've just become really passionate and want to raise as much food as I can."

The Student Hunger Drive is a big boost for the food bank, which has seen an increase in demand at all of its feeding programs this year.

"I think it's important to give back to the community. Sometimes we take for granted the things that we have on our table every night, and a lot of people don't have that same advantage," said Alleman senior Evan Thornton.

Alleman High School was the overall winner of the competition as well, bringing in a total of 116,913 pounds of food.

Winners of the 2014 Student Hunger Drive