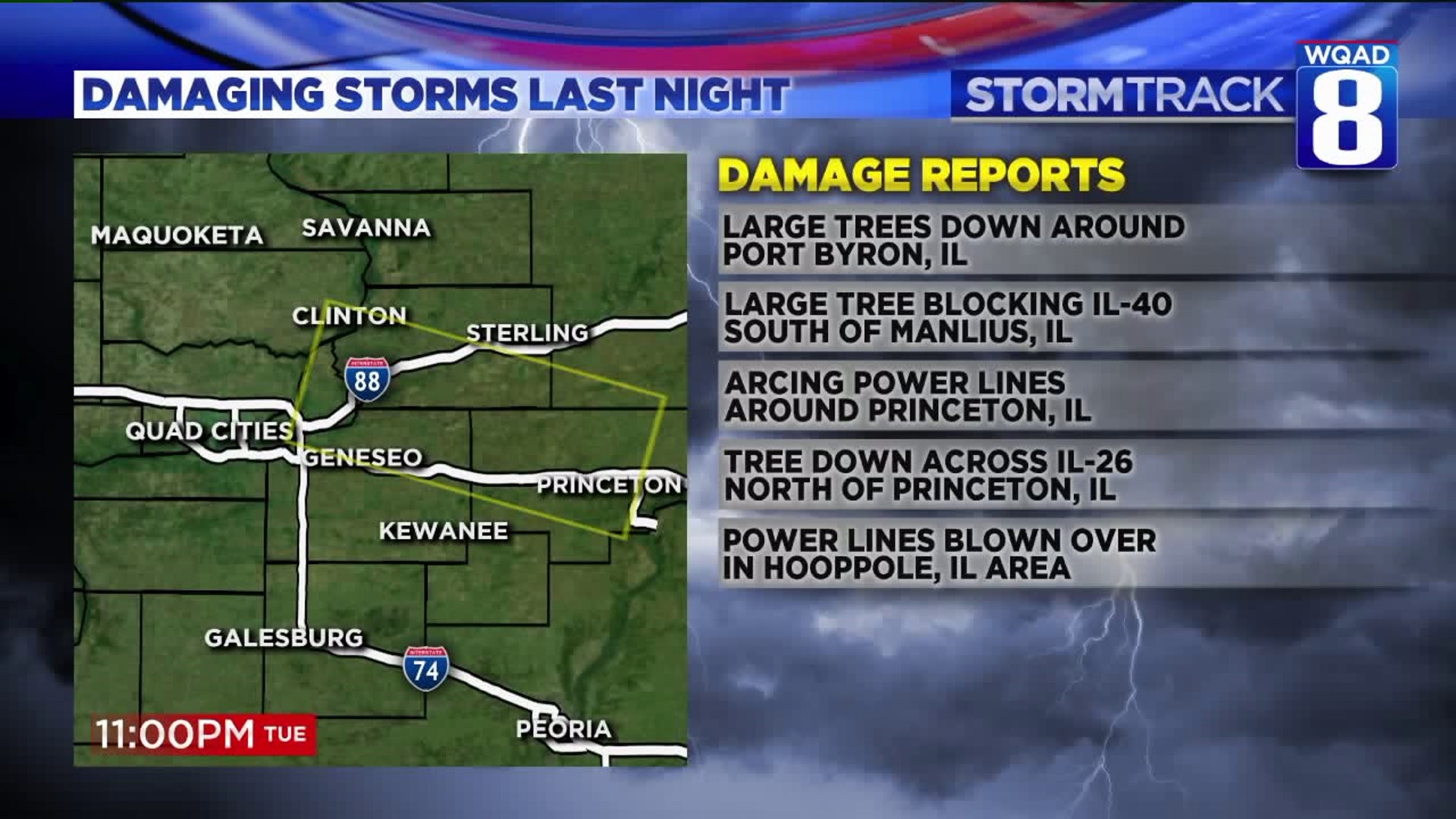 Hail was reported around 10:20 p.m. in Park View, Iowa and then in the Port Byron, Illinois area by 10:35 p.m., according to the National Weather Service.  That's when damage reportedly started happening around the area.

Wind damage was reported in Henry County, Illinois shortly after 11 p.m.  Power lines were down in Hooppole, Illinois along Highway 78.  Around 20 minutes later, a funnel cloud was spotted near Kewanee.

Click here to see watches and warnings in your area.