“Within five minutes of us getting out there, we had a baby,” says Weber. 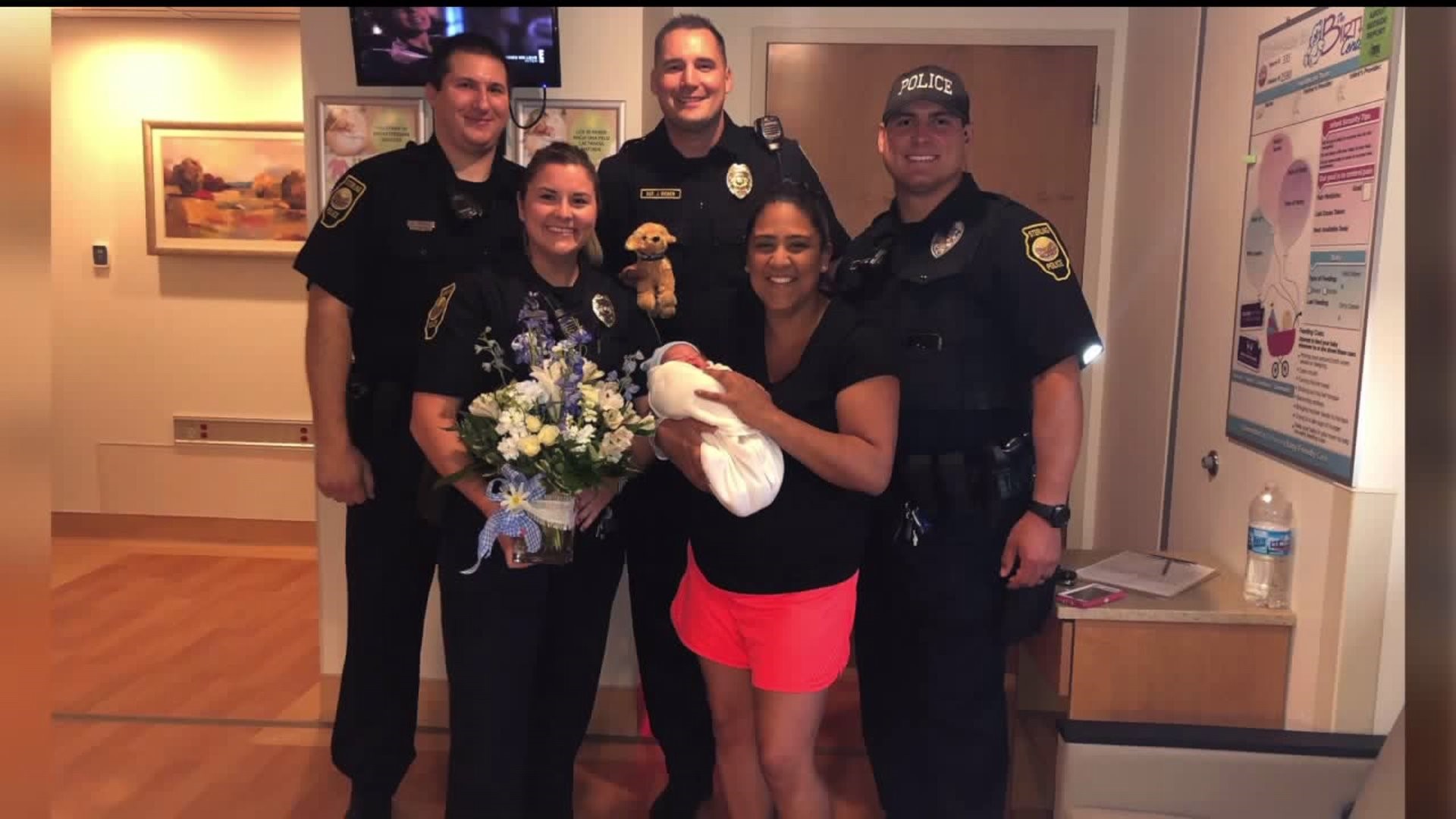 STERLING, Illinois-- For police every day on the job is different. But a couple of officers in Sterling say they will never be the same after the call they got on Tuesday morning.

Sergeant Joshua Weber says his shift started off as typical, a lot going on in Sterling and a lot of calls for service on a summer night in July. But around 2 a.m. just as things were quieting down, Sgt. Weber and Officer Tabatha Justice got a once in a lifetime call for service.

After the officers got that 911 call, they didn't know exactly what they were going to pull up to. All they knew is they had to get to the Walmart off of Route 2 as fast as they could.

"It was clear she was going to have the baby on the side of the road. What was going through my mind was can we hang on 'til the paramedics and firefighters get here because they're trained in this," says Weber.

But baby was ready.

As Officer Justice monitored the baby coming out, she was communicating to dispatch, letting them know the progress of the birth. Sergeant Weber was calming mom, and he was ready with a blanket.

"Within five minutes of us getting out there, we had a baby," says Weber.

Right away the baby started to cry, a sihn of relief for mom and the unexpected helpers.

"That's one thing I've constantly thought about was his cry and knowing he was okay," says Justice.

Soon after paramedics arrived, racing mom and baby to the hospital. Close behind them, Tabatha and Joshua.

These two pairs now share a not so typical bond. And Joshua and baby, now share something else too.

"She hadn't decided what the middle name was gonna be. Dominic Joshua is his name."