Starved Rock State Park is crumbling and it could be your fault. Why the President of Starved Rock Foundation is blaming social media: 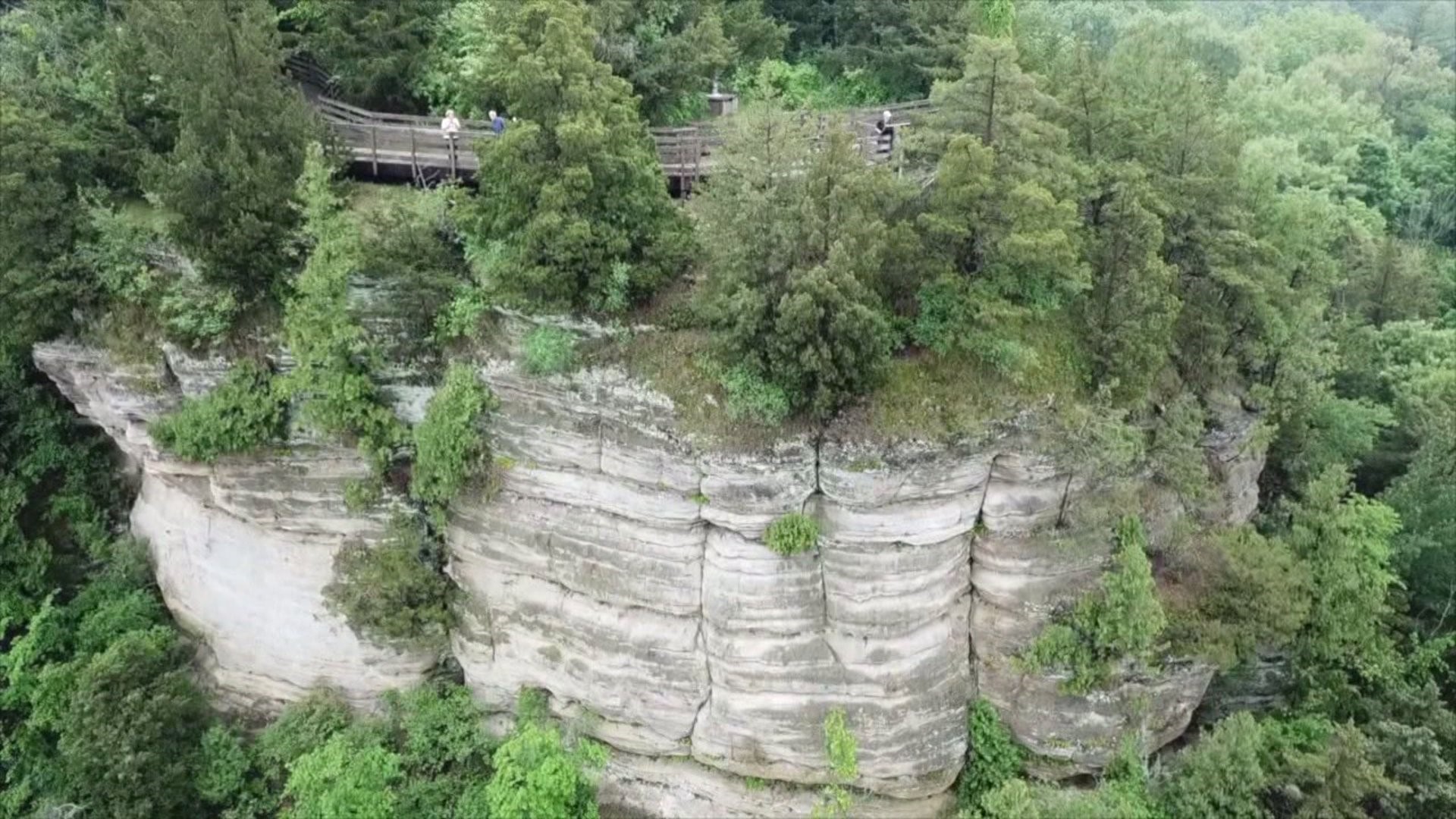 LASALLE COUNTY, Illinois -- As Starved Rock State Park heads into one of its busiest months of the season, employees are begging the sea of visitors to stay away.

As President of the Starved Rock Foundation, a slow day at Starved Rock State park should be hard for Pam Grivetti to see. However, she welcomes it.

"I always wonder," Grivetti thought outloud. "Are we ever going to run out of people who’ve never been here before?"

She said more than 97,000 people visited the state park over Labor Day Weekend alone. Over the years, an average of three million people visit annually.

"The park is literally being destroyed by too much foot traffic," Grivetti said. "If we were a national park, which we aren't, we would have ranked 11th in the national park attendance system."

A majority of the park is made of sandstone and Grivetti said it cannot withstand the number of visitors that it is currently getting. Foot traffic has increased so much that portions of the 13 miles of trails needed to be closed off due to erosion.

"There's no root structure here anymore," said Adam Frick, Conservation Education Representative. "It's pretty much all been trampled on."

Frick often mans the Visitor Center and gives guided tours of the park. He said the number of employees who actually patrol the trails has gone down significantly over the years.

Grivetti said the increase in visitors is mainly due to the rise in social media. She said people visit the park, share photos of themselves standing in unrestricted areas, and that then encourages others to come and do the same.

"They don’t realize the historical significance of Starved Rock itself. They don’t even know there even is a Starved Rock," Grivetti said. "They come into our Visitor's Center and say ‘How can I see the waterfall?” And it is so much more than that."

Right now in Illinois, a resident's $2 license renewal fee, and less than 1% of the state's budget, goes to state parks.

"There are just so many areas that have fallen in such disrepair that Mother Nature can’t fix them," Grivetti said. "(Mother Nature) needs the department of natural resources to step up."

Grivetti said she is now calling on those in Springfield to make a change before it's too late. In a forum letter she wrote to lawmakers, she recommends charging an admission fee where funds would be used for more staffing, trail maintenance, and designated Conservation Police Force to be assigned to the park.