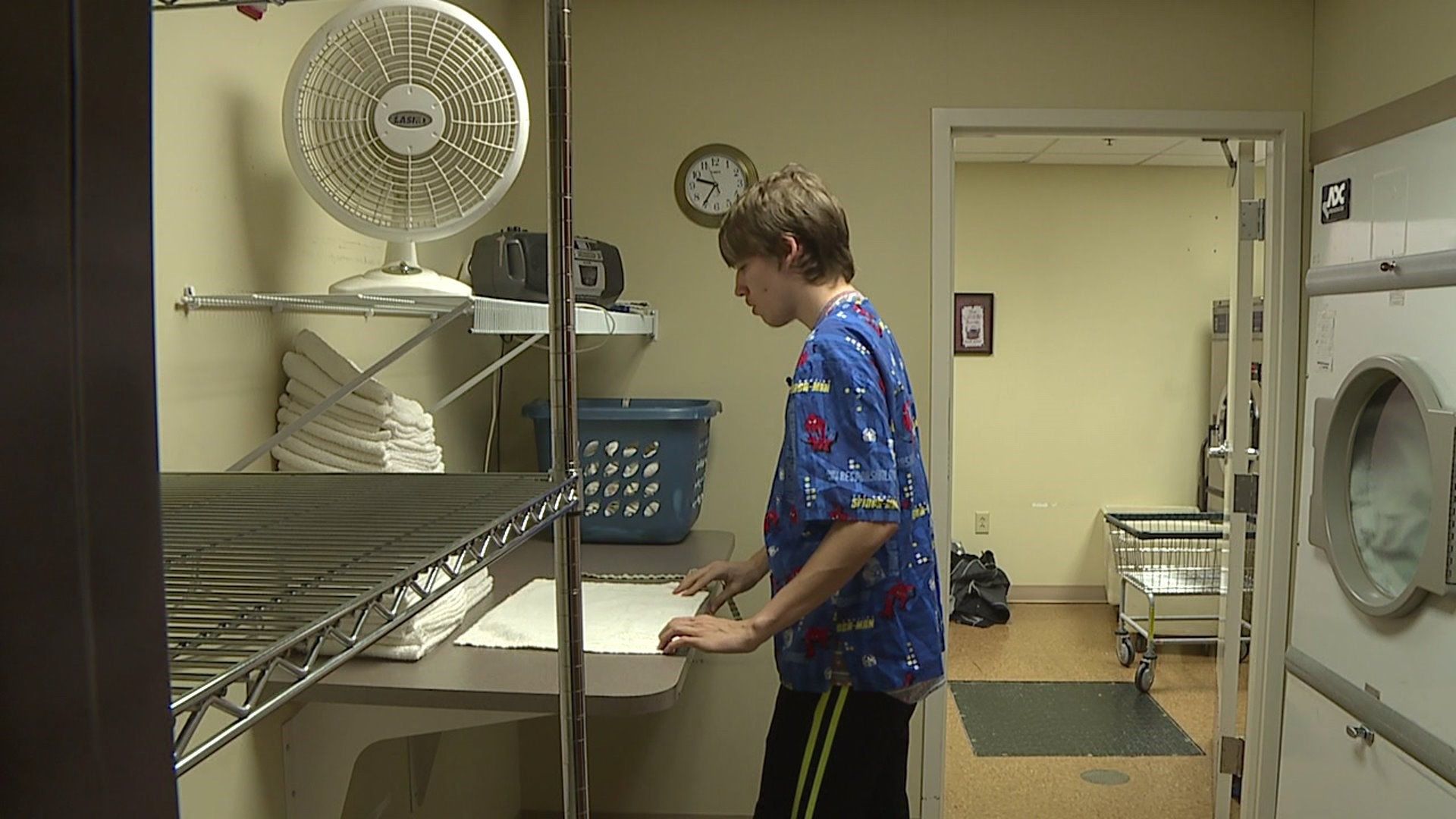 MORRISON, Illinois – One worker with “spidey senses” is known to some as “Spiderman” at the Resthave Home in Morrison where people see him as a true hero.

“He always comes in, he’s happy, he puts on his Spiderman shirt and he’s got a name tag that he wears,” says Rhonda Woods, one of Spiderman’s co-workers.

Rhen Huizenga can be found in the Resthave laundry room two days week on Tuesdays and Thursdays, folding towels and washcloths precisely and quickly.

“He’s an expert, in fact I think he’s better than I am,” comments Michelle Hook, Rhen’s co-worker.

Rhen’s mother, Dawn Huizenga, heard of the job at Resthave a couple years ago.  She thought it would be a perfect match for her son who suffers from a developmental disorder, had multiple seizures at a young age, and didn’t begin talking until the age of seven.

The job is now something he enjoys thanks to his two co-workers – Michelle and Rhonda.

“It makes us feel good that he’s helping us out and we’re helping him out,” says Rhonda.

But the dynamic trio of Rhonda, Michelle, and Rhen is coming to end this summer when Rhen begins his new job at a nearby bowling alley.

“We won’t have him next year,” says Rhonda. “We are going to be lost without him.”

His family is grateful for the experience Rhen has had at Resthave and knows the new job will be a transition.

“As a mom I always wonder how he is going to do with this different job,” comments Dawn.

Rhen will be taking in these last few months at Resthave and is looking forward to prom with his date next month.