Spanish man paddles his way from California to Hawaii

This Spaniard paddleboarded from California to Hawaii and called it a record because he believes no one has ever done what he accomplished. 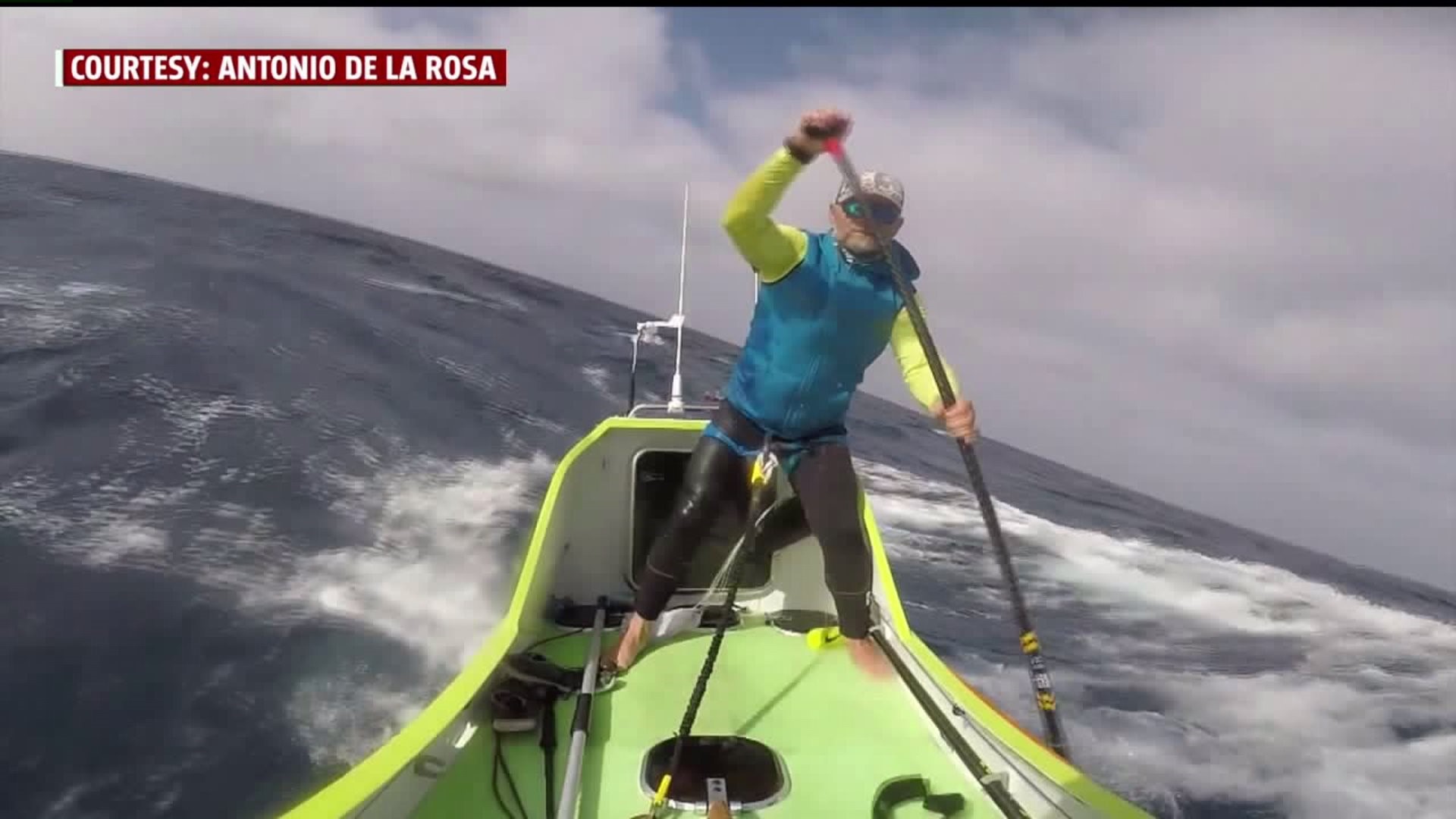 HONOLULU (AP) — Antonio de la Rosa doesn't take it easy on his vacations. The Spaniard spent his summer paddling his way from California across the Pacific Ocean to Hawaii.

It took de la Rosa, who is from Valladolid, Spain, 76 days to paddle 2,500 miles (4,023 kilometers) while standing on a submarine-shaped craft he described as a paddleboat. The 21-foot-long (6.4-meter-long) vessel endured rough weather, including when Hurricane Flossie passed within 60 miles (200 kilometers).

He ate dehydrated food, using heated water, and sometimes fished. He paddled eight-to-10 hours daily and slept every night. But he was always tired because he woke up hourly to check on his gear.

It's the kind of adventure, he loves. "I like it because it's hard," he said in Spanish on Monday from Honolulu.

His past adventure-vacations have included circumnavigating the 2,175 miles (3,500 kilometers) of the Iberian Peninsula coastline by paddle-surfing for 141 days and crossing Alaska's Iditarod route for eight days on a bicycle with oversized tires made for snow and ice, according to his website .

He celebrated his 50th birthday at sea, his sister Vanesa de la Rosa explained from Spain. The siblings run an adventure tourism business in Madrid and a small hotel for athletes.

He used a tracking device to record every minute of his journey and called it a record because he believes no one has ever done what he accomplished. It's a record because "I certify it," he said with a laugh.