A pair of turkeys that were becoming famous for making regular visits to Moline businesses is no longer a pair. Moline Police said somebody killed one of the bi... 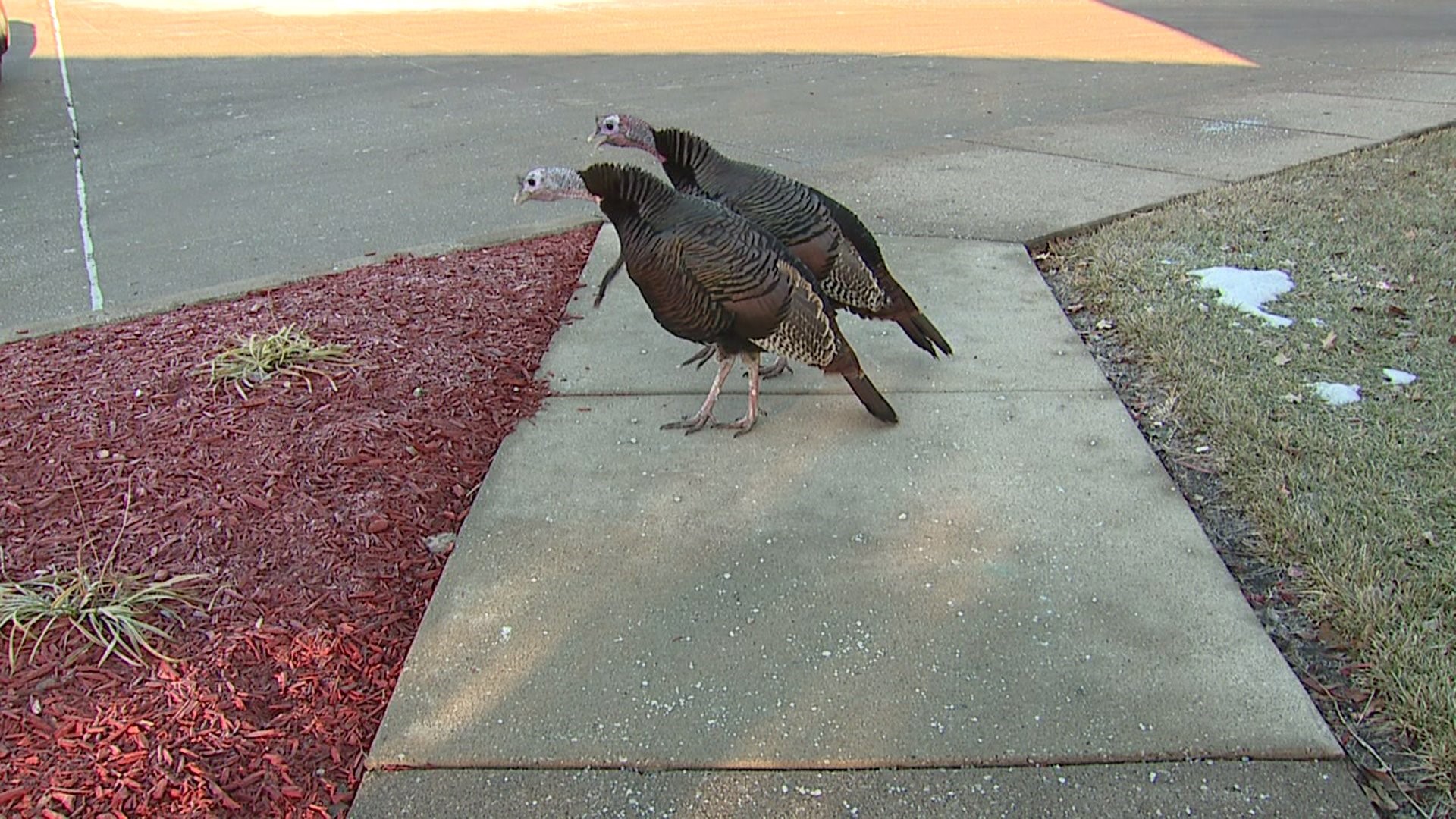 MOLINE, Illinois -- A pair of turkeys that were becoming famous for making regular visits to Moline businesses is no longer a pair. Moline Police said somebody killed one of the birds with a bow and arrow.

The poaching happened during the weekend of January 19, 2019, according to a statement from the Moline Police Department.  It happened in the 500 block of Valley View Drive.

Police described the turkeys as "beloved Moliners," who had made their  home near 7th Street and John Deere Road.

In January, a News 8 viewer shared a photo of the turkey duo.  Many WQAD Facebook fans expressed their own sightings of the turkeys.  One viewer saying "Love my turkey friends!"

"Hunting turkeys in Moline is illegal and it is also out of season," said the statement from Moline Police.  The arrow that was used was found at the scene.  It's described as a black/white arrow with a lighted flashing nock.

Police are asking for information on who might have harvested the turkey illegally.   Anyone with information is asked to call Crime Stoppers of the Quad Cities at 309-762-9500 or Moline Police at 309-524-2140.

The Illinois Department of Natural Resources is assisting in the investigation.