The City of Moline is working with Rock Island County and the State of Illinois on getting a federal disaster declaration for the county. 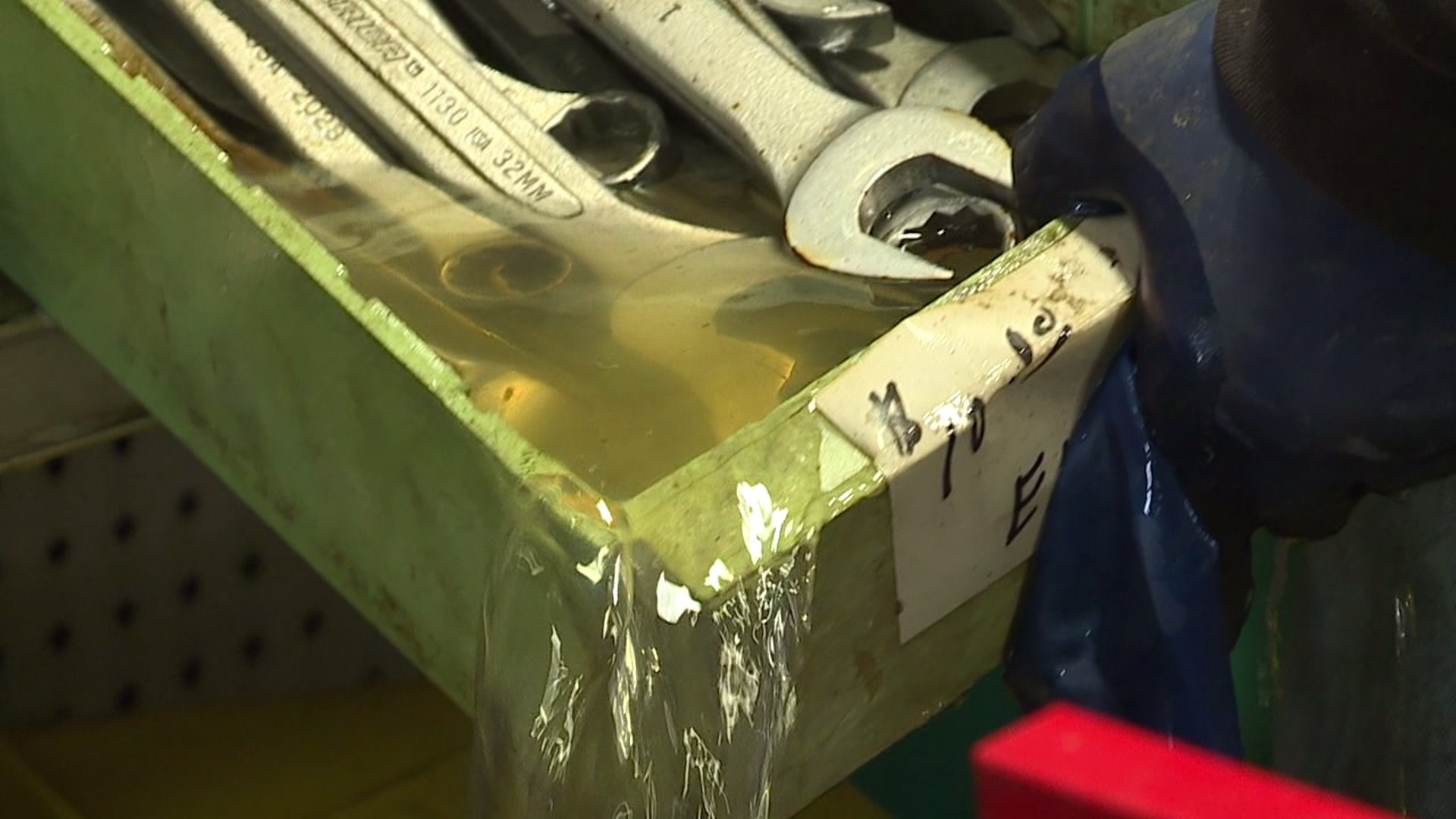 MOLINE, Illinois-- Several businesses along River Drive in Moline are starting to clean-up after record-breaking flooding inundated their buildings this past week.

Inside Riverview Surplus, Jeff Bellmyer is starting to clean-up the gently used wrenches and sockets his father sells.

"We gotta get all the water out, wipe them down and spray WD-40 on them," he says.

Tubs of tools stored feet above the ground are now pools of floodwater. Bellmyer says the water was 39 inches high inside the warehouse.

"We finally got the parking lot drained enough (on Monday) where we could get in the building," he says. "And there was still a foot and a half of water that ran out the door as soon as we opened it."

Bellmyer says Riverview Surplus has been on River Drive since 1988 and has seen many floods.

"During the flood of '93, The previous high flood mark for the Quad Cities, we were high and dry," he says. "We kept every speck of water out of here. It's just this time, that Sunday rain killed us."

Bellmyer says the building flooded so bad from the rainwater rushing in the back where they hadn't put up any sandbags.

Bellmyer's neighbor at Mid-State Specialty Sales was luckier. Owner David Hunt had sandbags along the back of his building facing River Drive, fending off the rainwater.

"Didn't necessarily anticipate it coming around the back as far as it did," he says. "We did that (sand bag wall) kinda under the gun, but we got it done and we survived... More fortunate than most of my neighbors."

Hunt says he's fought about a half dozen majors floods during his nearly 30 years running his businesses along River Drive.

"Because I've done it so many times, I've kind of known what to do," he says.

He'll have some clean-up of his own: removing the massive cement block floodwall he put in. But he says he'll wait about another month before doing that just in case the floodwaters return.

Bellmyer hopes to reopen in a week.