History comes off the page for students at Rockridge Junior High in Taylor Ridge, Illinois. That’s where kids are launching a special project with World W... 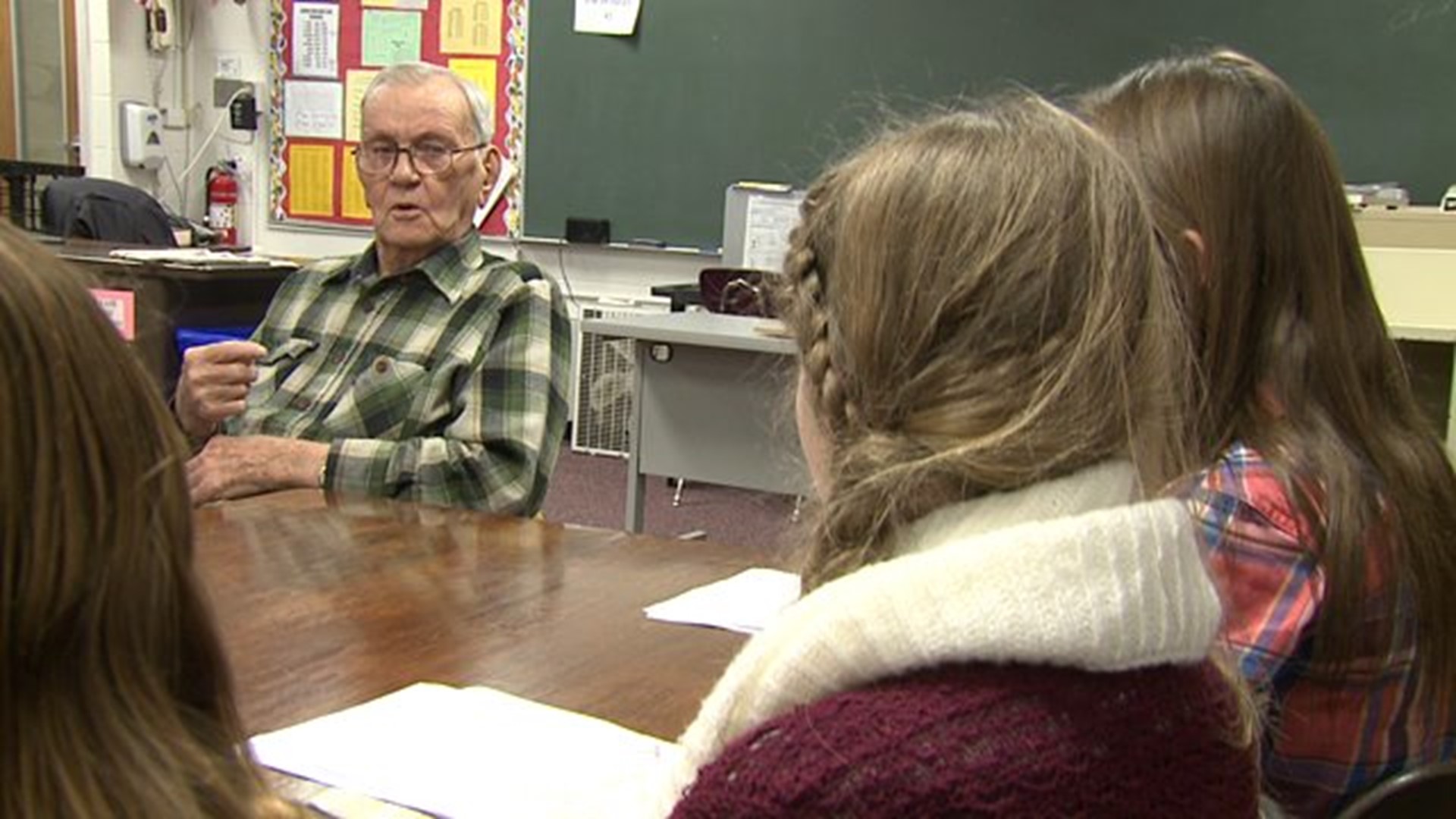 History comes off the page for students at Rockridge Junior High in Taylor Ridge, Illinois.

That's where kids are launching a special project with World War II veterans.

Casey Celske, 94, shares a story with every sentence.

The highly decorated World War II veteran has no problem connecting with kids in the classroom.

Celske was part of the Army's first special operations unit in Europe.

These days, this machine gunner from the Devil's Brigade now fires back tales from 70 years ago.

"Everybody should be inspired by these people," said Gracie Ryckaert, 13.  "Just the good they have done."

Students will pair up with a World War II veteran like Celske and tell their story.

"What made you keep fighting after you were wounded?" asked Trinity Herrick, 12.

It's part of the Book By Me project initiated by Aledo-based writer Deb Bowen.

The Greatest Generation is now inspiring the next generation.

"We were tough guys," added Celske.  "We stayed together.  We took care of our buddies."

Student writers will capture the past while finding a link to their lives.

"I have a great interest in World War II," Herrick continued.  "I love meeting new people who have experienced these awesome things and helped our country."

Celske stayed silent about his war experience for decades.

Now, he's retelling this first-person struggle against the Nazis.

Handshakes and smiles with the class will be just the start of a remarkable project.

"You need to understand what happened to be able to comprehend what happens later on in life," Rychaert concluded.

One story at a time, they're on their way at Rockridge Junior High.