Little did Taylor know, her big brother Dylan wasn’t only in her holiday video – he was finally home for the holidays. 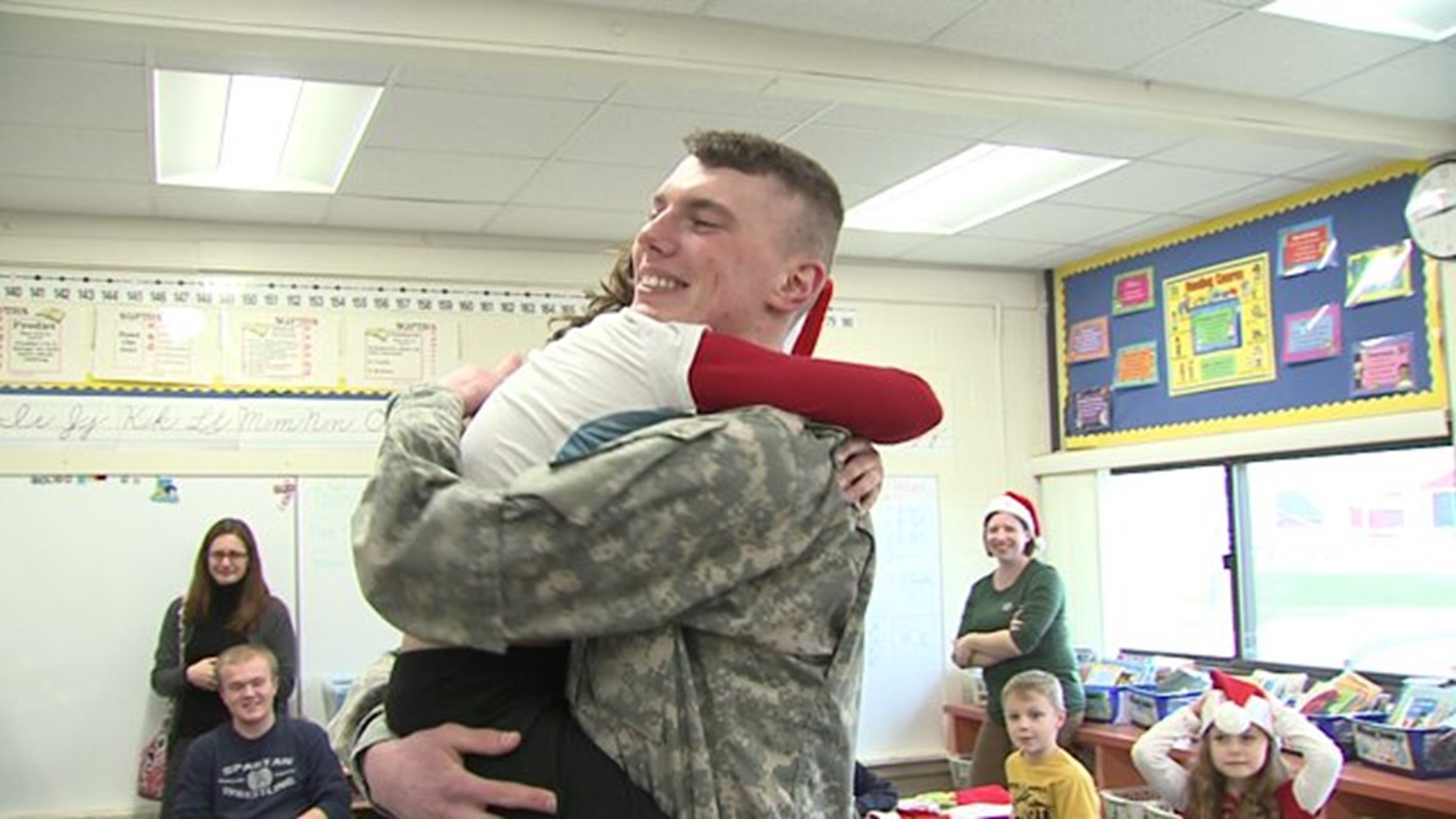 The third graders at Cody School put away their books and pencils to watch silly holiday videos of themselves.

Most were featured as elves with friends, but someone special was in Taylor Olson's video, her brother Dylan, also known as Charlie.

Dylan has been stationed in Fairbanks, Alaska for the past nine months. He is a CBRN in the United States Army.

Little did Taylor know, Dylan wasn't only in her holiday video. He was finally home for the holidays, something the third grader was not expecting.

After Taylor's holiday video played, Dylan came in to her classroom to surprise her.

They ate ice cream and drank juice boxes as Taylor proudly introduced her big brother to her classmates. And after, it was time for soldier surprise number two.

They went to surprise Dylan and Taylor's fifth grade brother Blake in his classroom.

After nine months apart, nothing can wipe the smiles off the faces of of this family's faces. And it just goes to show there's no place like home for the holidays.

Dylan returns to Fairbanks on January 1st. He expects to be there until July 2018 and doesn't know when he will make it home next.