One Davenport resident stuck in Florida said her flight was delayed over and over again before it was eventually cancelled. 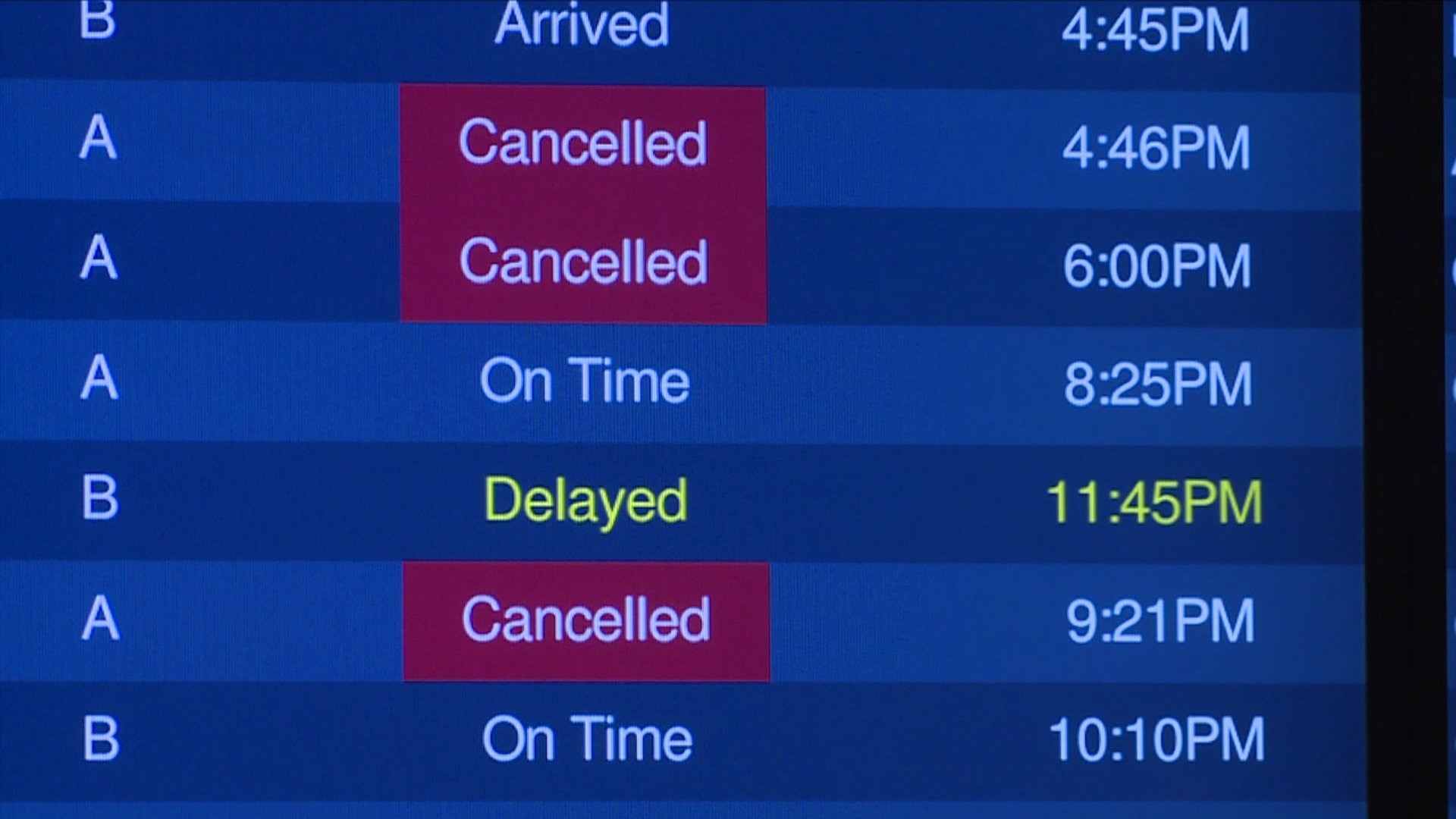 MOLINE, Illinois - As snow and potentially record-breaking cold impact the Quad Cities, several flights were canceled in and out of Quad City International Airport on November 11.

While waiting for her luggage, Reese said she was excited about the snow.

Meanwhile, several other people were stuck dealing with delayed and cancelled flights.

Many of the flights in and out of Moline, between Moline and Chicago, were cancelled or delayed due to weather.

Davenport resident, Karolyn Ingle, was supposed to fly back to the Quad Cities on November 11. Instead, she said she is stuck hanging with her friends in Fort Lauderdale, FL.

"I actually got on the airplane and I thought that we were good to go and they canceled so, we all had to get off the plane," said Ingle who is needs to get back to home and work.

Slick runways were a concern in Chicago. A plane skidded off the runway at Chicago's O'hare International Airport. A passenger caught the incident on camera. That plane was coming from North Carolina when it slid off the runway.

38 passengers and three crew members evacuated from that plane without being hurt.

"I guess i'd rather be dealing with all these delays than to be the person that was on that plane," said Ingle after seeing the video.

Back in the Quad Cities, Cassie Reese says she's happy she had an easy travel day.

But, her traveling isn't done yet.

"I'm a little nervous about driving because, I do have to go to Cedar Rapids tomorrow when it is supposed to be nine degrees.

She says she knows she'll have to be prepared for anything that comes her way.

To track flights in and out of the Quad City International Airport click, here.