Snake finds its way into Mercer County woman’s car, then it disappeared

A snake found its way into a woman’s car, surprising her when she opened the door. 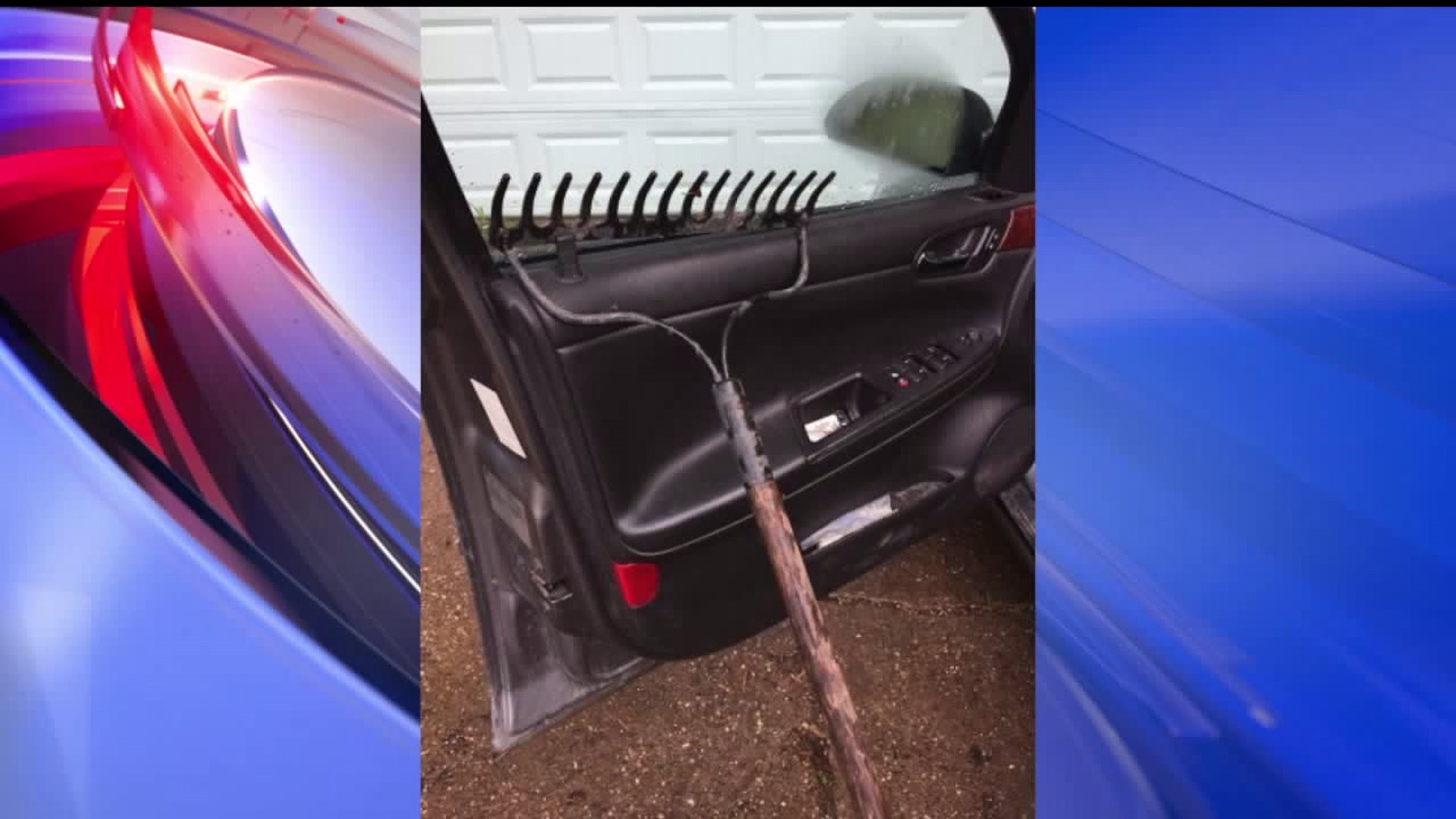 VIOLA, Illinois -- A snake found its way into a woman's car, surprising her when she opened the door.

Naomi Zwicker was in Viola Monday night, June 3, when she said she went to get into her car and saw the snake.  She tried to grab something like metal, bite-proof gloves to help her get the snake, but by then it had slithered from the passenger foot area and up underneath the dashboard.

Zwicker said she got a ride home that night and returned the next day with her husband to get the snake out of the car.  The only problem - they couldn't find it.

Despite the snake's unknown location, her husband drove the car home, she said.

"He's an old farm boy," she said. "Nothing nature scares him.  He does know when to be cautious."

Her husband identified the snake as a bullsnake.  Bullsnakes are considered a subspecies of the gopher snake, and have been known to live in Illinois, according to the Illinois Natural History Survey.

When they got the car home they left the air on in the car in hopes that it would get cold and leave.  By Wednesday morning the snake had made its way to the window.   Using a garden rake, Zwicker was able to scoop the snake out of the car.

She said it was "a miracle" that she was able to talk herself through it.