Several students were on a school bus that crashed with an SUV in Charlotte, North Carolina. The crash happened around 8 a.m. Thursday, January 7, 2016, accordi... 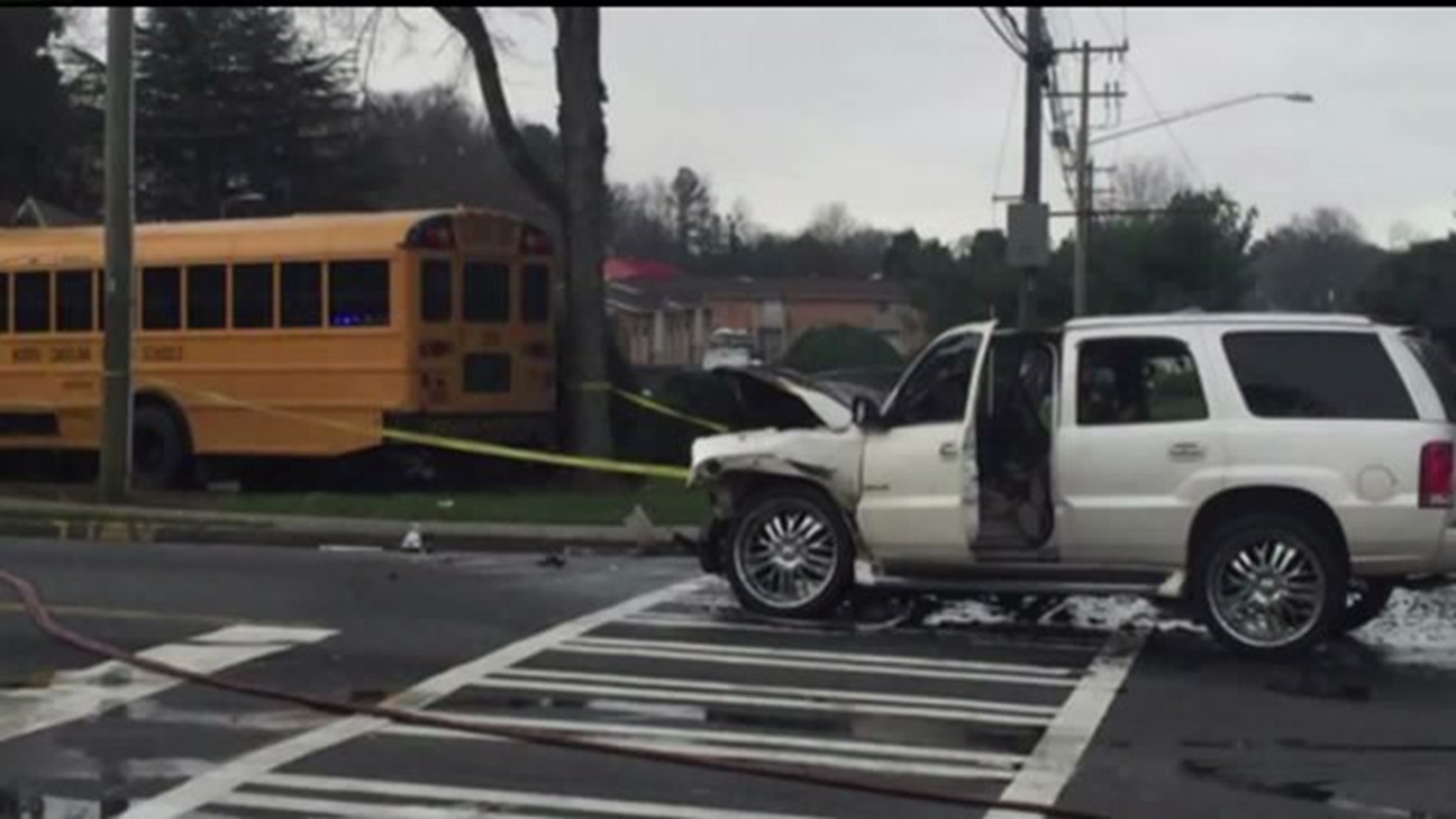 Several students were on a school bus that crashed with an SUV in Charlotte, North Carolina.

The crash happened around 8 a.m. Thursday, January 7, 2016, according to a report by  WCNC.  Police said when the wreck happened, the bus was sent into two trees.

According to WCNC's report, police said the crash happened when the SUV, which was heading eastbound in the left turn lane, failed to stop for a red light at an intersection. When the car turned left, it hit the left front side of the school bus, which was heading southbound.

Smoke, fire, and panic was the scene described by a witness, according to the report. Chataqua Ellison was working at a daycare near where the crash happened.

"It was smoke, it was fire," said Ellison, according to the report. "Babies were crying, the bus driver was crying, and bystanders were panicking."

Several people were tending to the children, and Ellison said she grabbed her fire extinguisher.

Once all of the students were off the bus and accounted for, police were called and parents were notified.

The bus driver and one person in the vehicle were taken to the hospital with non-life-threatening injuries.

All eight students on the bus were taken to the hospital as a precaution, the report said.

No charges had been filed as of early Thursday evening.