The Wright’s started the egg hunt in their backyard as a family tradition but that turned into a community event over the years. 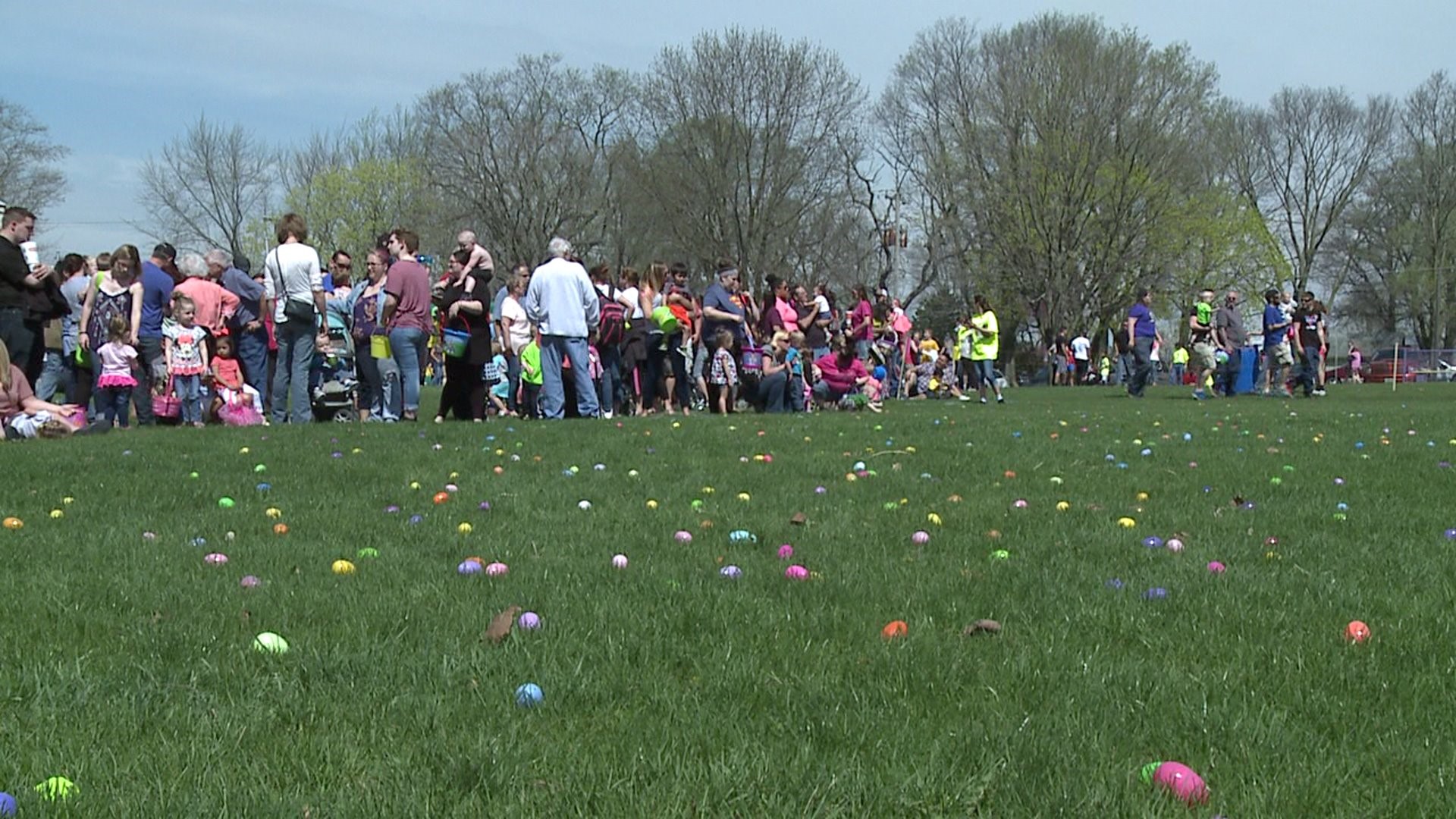 LYNDON, Illinois- Ten years ago the Wright family started an Easter egg hunt as a friend and family tradition but soon it came to be a community affair.

Five years into their egg hunt Kodi and John Wright decided to stray away from tradition and let strangers in on the fun.

"We had it at home in our backyard, we had people asking if they could come and join the fun and we said sure," says egg hunt co-founder, Kodi Wright.

After 80 people had shown up at their home for the annual egg hunt they decided it was time to think bigger and move to Richmond Park.

"It got to be too big for our backyard, so we went to the village board and they agreed to let us have it open to the public," says Wright.

In the small village of about 650 people, the egg hunt has grown tremendously over the years with nearly 2500 people showing up to the one on April 15th.

They had 16,500 eggs filled with prizes and candy and gave away more than 200 bicycles. The Wrights say they receive donations from all over.

"Everybody has come from near and far to help put this event together. We may have started this event but It has been our community and everyone involved that keeps it going," says Wright.