She nailed both landings, made history twice, and won her sixth national title all in one weekend. 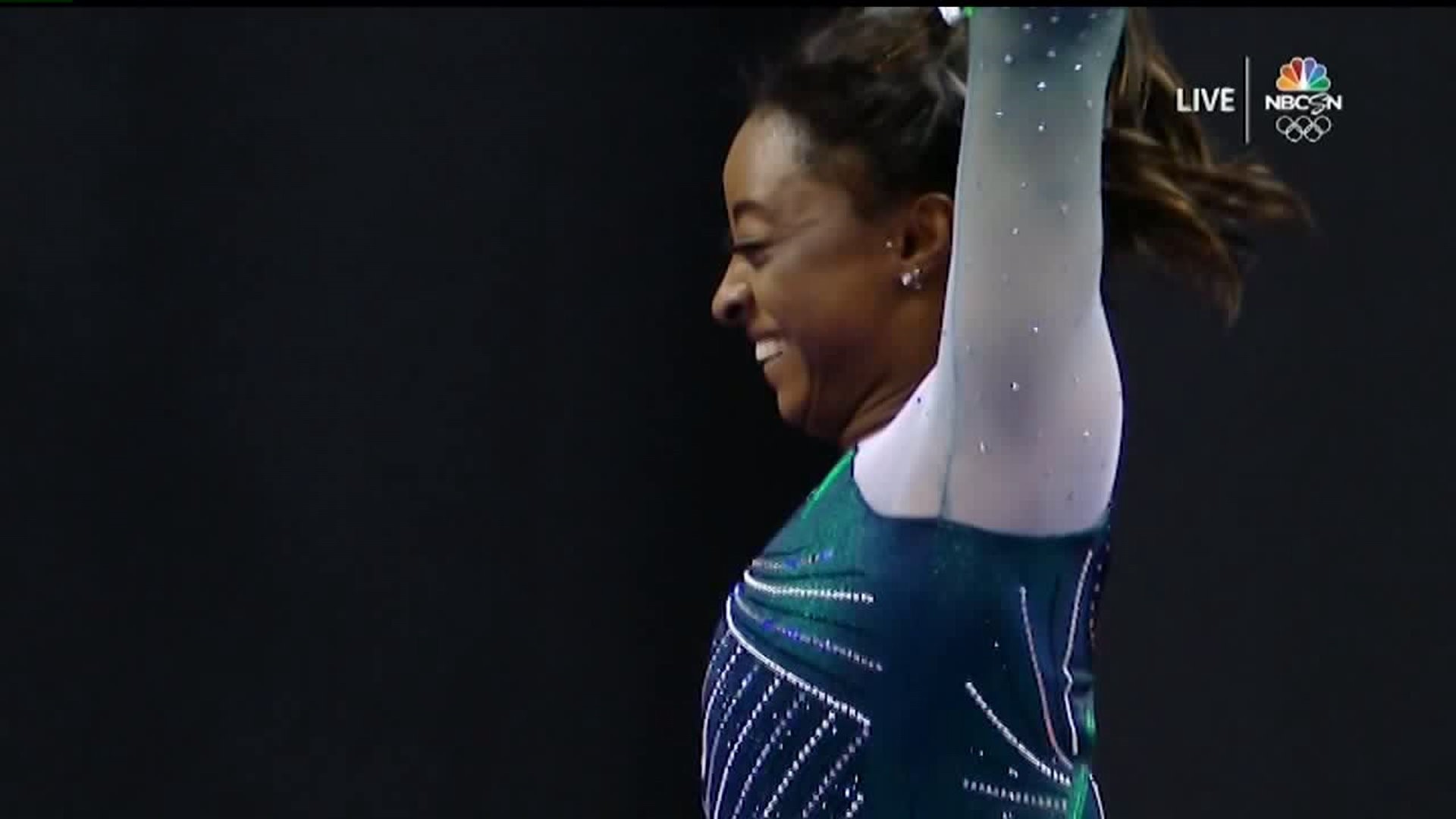 (CNN) -- Simone Biles made history more than once this weekend during the US Gymnastics Championships in Kansas City, Missouri.

The five-time Olympic medalist and 14-time world champion became the first woman to ever land a triple-double in competition during her floor routine Sunday night.

She also snagged her sixth national all-around title with a score of 118.500, nearly five points ahead of second place finisher Sunisa Lee.

Biles' stunning floor routine Sunday included several astounding flips and jumps but it was her insane triple-double -- two backflips and three twists while in the air -- that wowed judges and fans alike.

And that wasn't the reigning Olympic and world all-around champion's only history-making moment of the competition.

On Friday, the 22-year old became the first gymnast to attempt and land a double-double dismount off of a high beam.

The move involves two twists and two somersaults while dismounting.

Biles had attempted the triple-double the same day she landed her double-double but just missed the landing.

Now, she's nailed the landing, made history twice, and won her sixth national title all in one weekend.

Next, it's onto the 2020 Tokyo Olympics which, Biles said, will be her last.