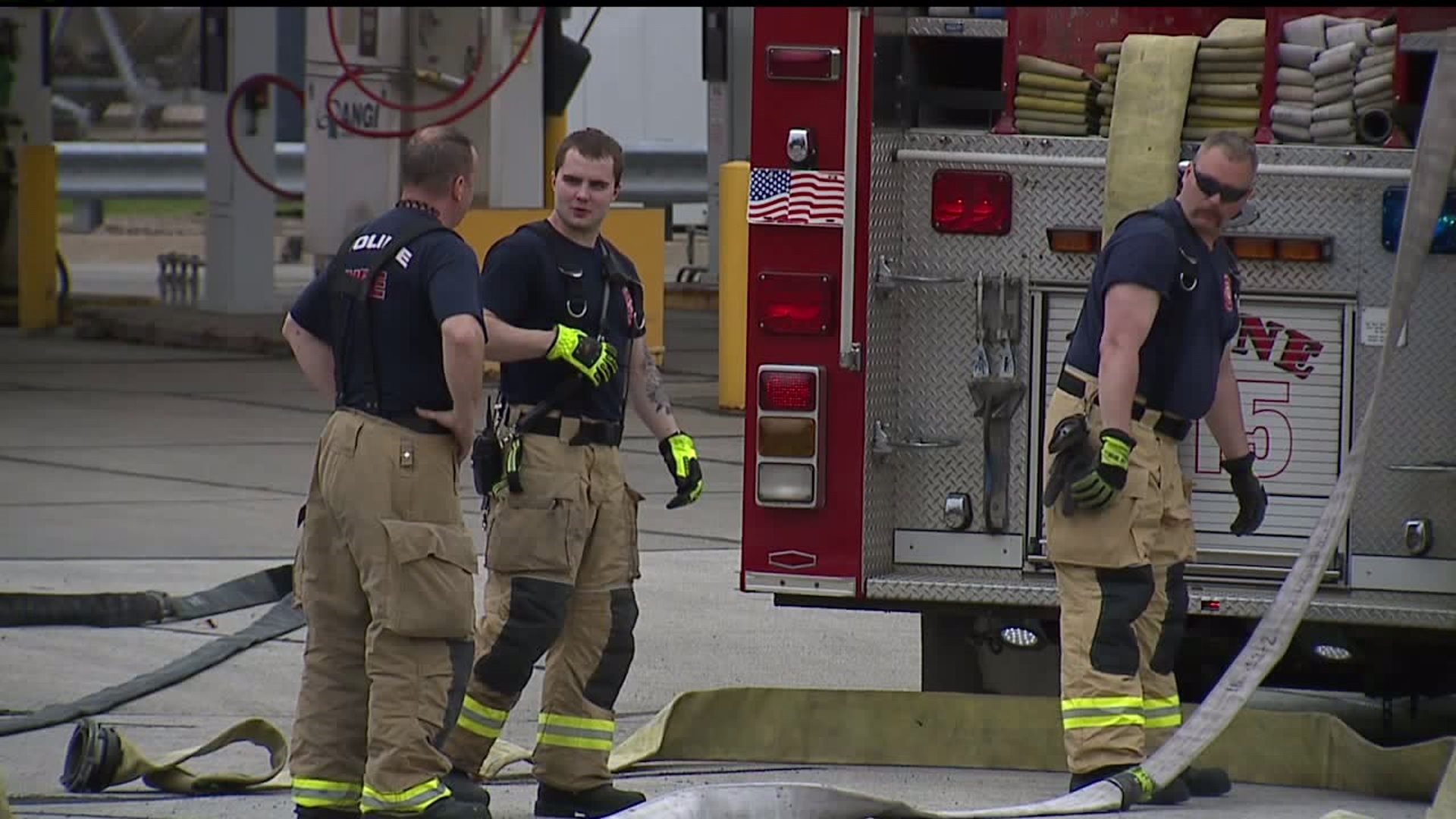 Emergency crews were on scene around 1:45 p.m. where officials confirmed there was a compressed natural gas leak.   A failure occurred while natural gas was being compressed at the facility.  That's when officials say a "significant" gas leak started.

During the leak, the gas created a yellowish-looking flame, which some may have misconstrued for fire.  Officials confirmed there was no fire at the facility, located at 4th Avenue and 36th Street.

There was no evacuation at the facility, but the doors were temporarily closed to the public.

The natural gas they compress is used to fuel city buses and other city vehicles.  The vehicles needing fuel will be using an alternative location for the time being, but there will be no change to city busing or maintenance schedules.

The leak was under control and gas was shut off to the area.  There were no reported injuries.