Amid the newly planted corn fields of Adams County is what’s left of a Century-old barn that’s home to 21st Century aquaculture. “We felt we c... 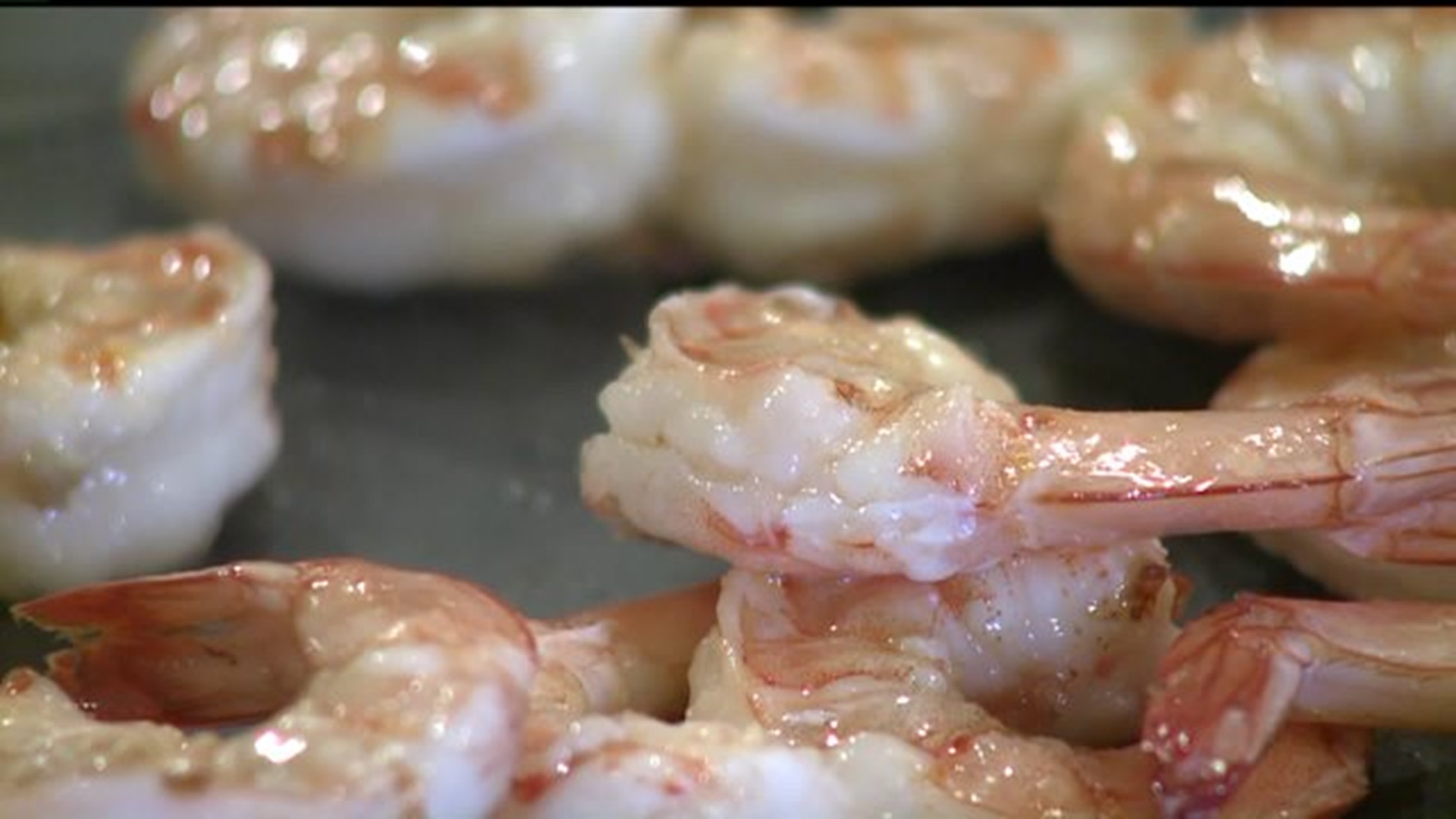 Amid the newly planted corn fields of Adams County is what's left of a Century-old barn that's home to 21st Century aquaculture.

"We felt we could give America a fresher product," says entrepreneur Marty Douglas.

In each tank are thousands of salt water Pacific White Flag shrimp.  It's shrimp farming in the chill of the Midwest, where the water in those pools circulates at 84 degrees.

Perfect for shrimp, a little uncomfortable for farmers.

"We joke about working in a sauna and losing weight," says Mike Finlay.

Mike Finlay's family has owned this farm for four generations.  Mike's dad thought his son was nuts with this idea of starting M&M Shrimp Shack of Mendon, Illinois.

More than a billion and a half pounds of shrimp are imported each year, most from China and Indonesia.   Shrimp is becoming a hot product for people worried about the seafood they eat.

"I believe we're on the cutting edge," says Douglas.

Marty and Mike got their first Styrofoam containers, filled with tiny shrimp from the Florida Keys, about six months ago.

"It's a big leap of faith that they're shipping what they say they are because there's no way that we can count them," Finlay said.  The tiny shrimp were no bigger than an eyelash.

The shrimp spend one month in nursery tanks, growing quickly within days.  Then they spend two months in one of two 1,700-gallon swimming pools bought from Walmart, and the final two months are spent in the 3,700-gallon nutrient-rich tanks.

"We want to give them the best environment possible for growth rate and survivability," says Finlay.

Six months after the process begins, the shrimp are removed from the tanks, put on ice, and served to customers.

"It's something you never heard of," says John Flesner, who came to the M&M Shrimp Shack from nearby Loraine, Illinois.

John once worked along the East Coast, where he grew accustomed to fresh seafood.  He and his wife, Lynn, visited the Shrimp Shack four times in two weeks.

"Couldn't imagine it was actually fresh shrimp in a small town like this," Flesner said.  "This is, by far, the best we've had," says Lynn.

Marketing Off the Farm

The Shrimp Shack sells shrimp, straight from the farm, on Saturdays from 9 a.m. to 1 p.m., but they are also starting to look for other markets as well.   That's an eye-opener for customers who are not quite sure it's really locally-grown shrimp.

"They're calling us out and saying, 'You sure about this?'" says Michelle Wilkerson, the owner of Quincy's recently opened fresh market, Grown 'N Gathered.   Wilkerson says her customers do a double-take, now that her store offers fresh Illinois shrimp as well as bison, grass-fed beef, and free range poultry.

The interest from her customers is welcome news to Mike and Marty.    Whether it's steamed, or grilled, they hope people will taste the difference of fresh shrimp you usually only taste down South.

If fresh seafood catches on, M&M Shrimp Shack could expand.

They're already facing competition from other farmers in the county.  A smaller shrimp farm just opened a few miles away, and another Adams County farmer is planning a third.

"It's so unusual to have a fresh seafood product in the Midwest, that I don't think that will be a problem," says Finlay.

In fact, Mike and Marty got most of their information by visiting shrimp farm operations already established in Indiana, Iowa, and Minnesota.

"We've both got shrimp fever," says Marty, "And we want you to catch it."

Tips before starting a shrimp business

It may not be as popular as the corn, but shrimp farming is starting to augment some farmers' incomes, and it may prove to be profitable for entrepreneurs like Mike and Marty.

"We've both got shrimp fever," says Marty,  "And we want you to catch it."

OTHER SHRIMP FARMS ON THE WEB: