“Hopefully, we never have to use one.” 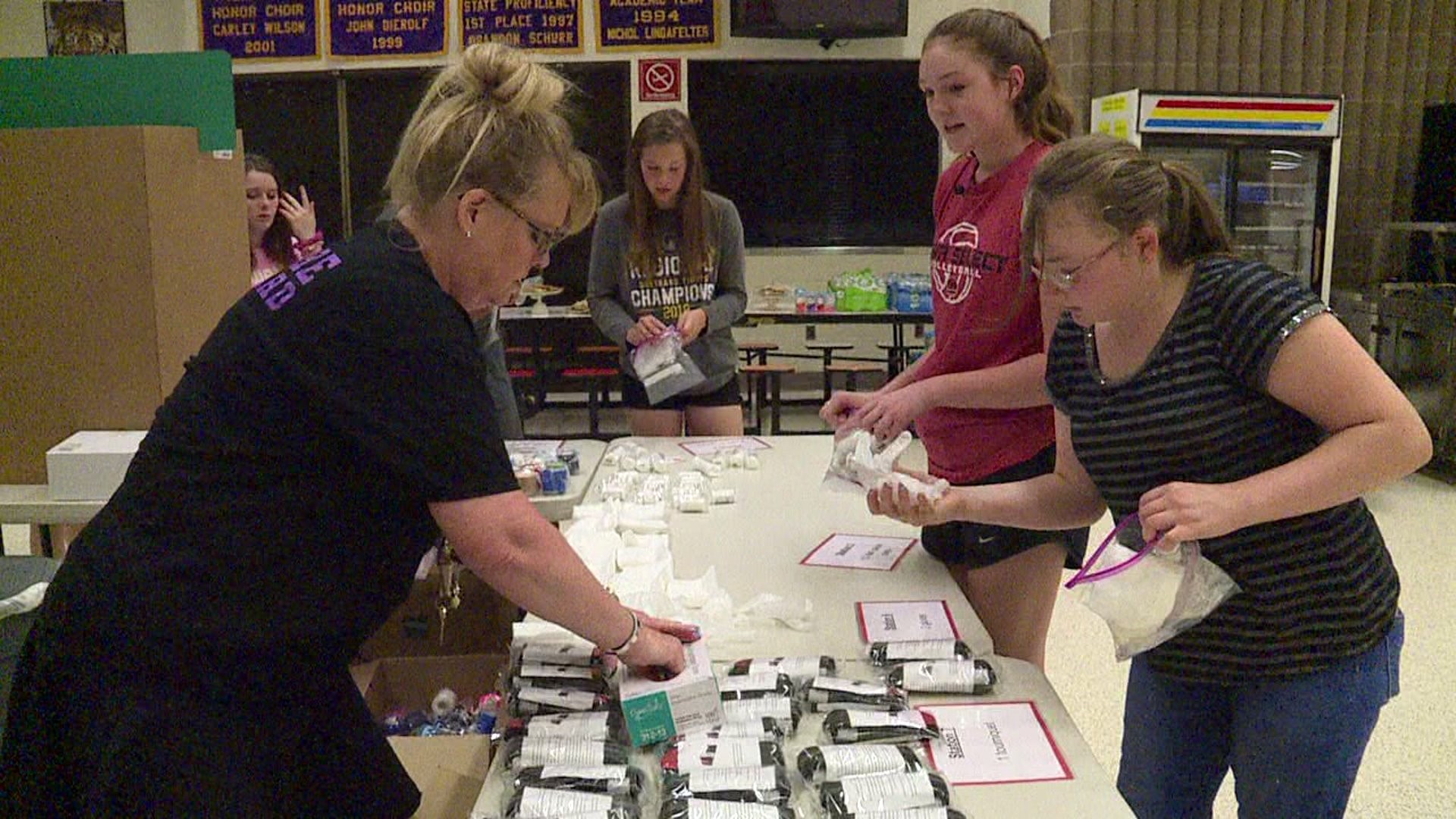 SHERRARD, Illinois-- A dozen volunteers at Sherrard High School Wednesday, May 16 packaged kits they hope will never have to be used.

Middle school teacher Michelle Rolsch organized more than 150 trauma kits to be handed out all over the Sherrard School District. Each bag contains gauze, CPR masks, gloves, tourniquets, trauma shears and Sharpies. They're all things that can come in handy during an emergency.

"If something happens, we'll be ready," Rolsch says. "Hope we never have to make that call and use these kits. I hope its a big waste of money."

After receiving $300 from WQAD's Pay It Forward earlier this year, Rolsch kicked off her fundraising for the kits. Altogether, it cost $2,000.

"We're getting donations from people who we don't know who to actually thank," Rolsch says.

Students say it's important to get these into every classroom and bus in Sherrard.

"I thought it was a good idea to have the trauma kits for safety or in case there's an accident or something happens," says JoLinda Walsh, a seventh grader who helped Rolsch with the planning. "So we have the stuff to do what we need to do before the ambulance gets there."

The kits can be used in all kinds of scenarios, from relatively minor injuries to disasters like tornadoes. That's something difficult for Rolsch to think about.

But she says she's proud of everyone coming out to help.

Rolsch says they're now working with the Rockridge School District to get trauma kits into the schools.