Sheriff: Firetruck driver turns around, hits and kills other driver

One person is dead after an accident with a Donahue Fire Truck. 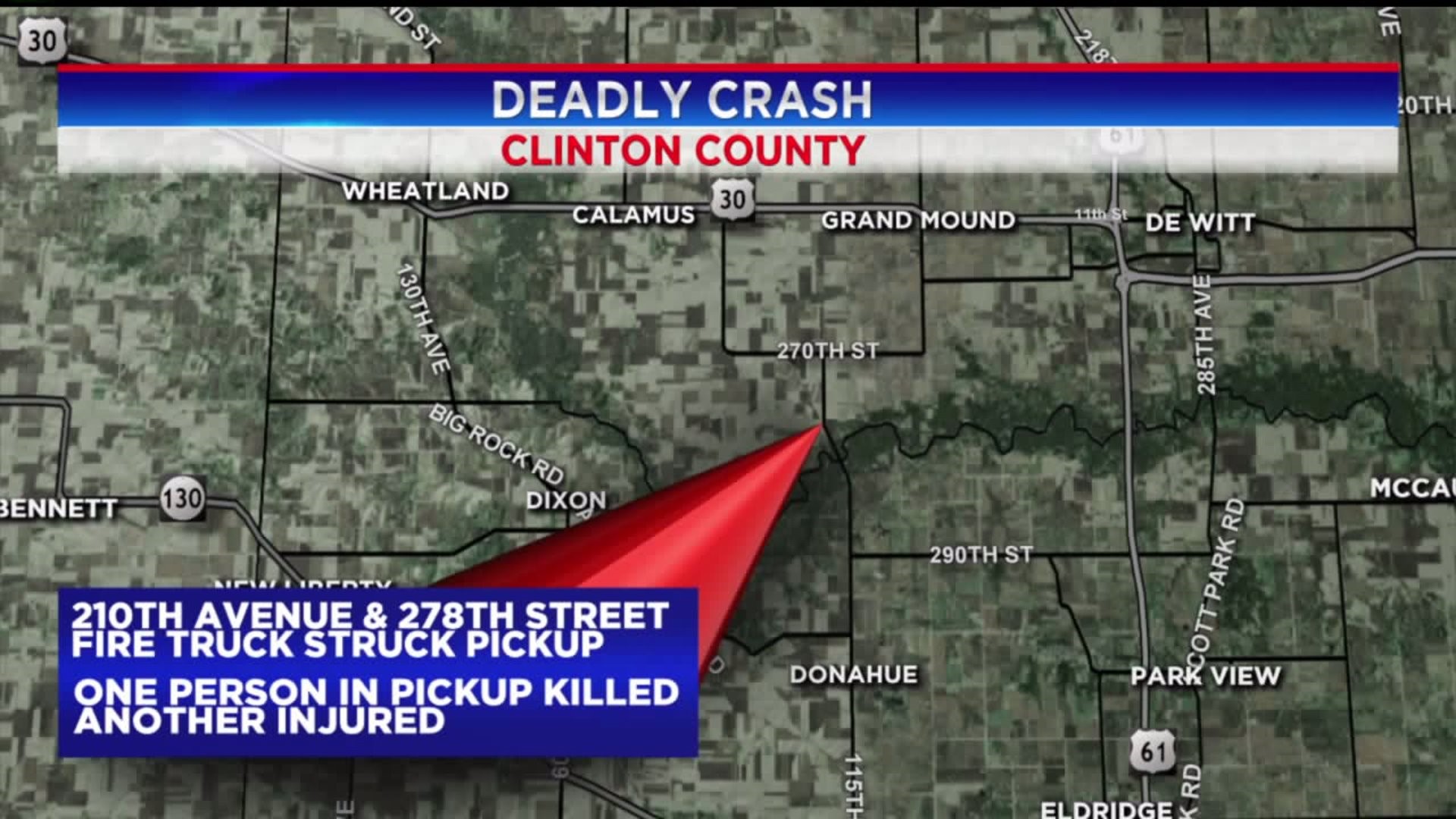 CLINTON COUNTY, IOWA-- One person is dead after an accident with a Donahue Fire Truck.

Sheriff Rick Lincoln says it happened at 210th Avenue and 278th Street, north of Allen's Grove Park Sunday, June 2. He says the Donahue Fire Engine was traveling northbound on 210th Avenue on a non emergency test drive. The operator was turning around to go southbound to return to the station, when it pulled into the path of southbound pickup truck.

Two people in the pickup truck were taken to the hospital. One of them later died. No word if anyone's going to be charged or not.