In Burlington, the temporary flood wall failed against a crest of more than 24.4 feet Saturday afternoon, affecting Front Street buildings and local businesses.... 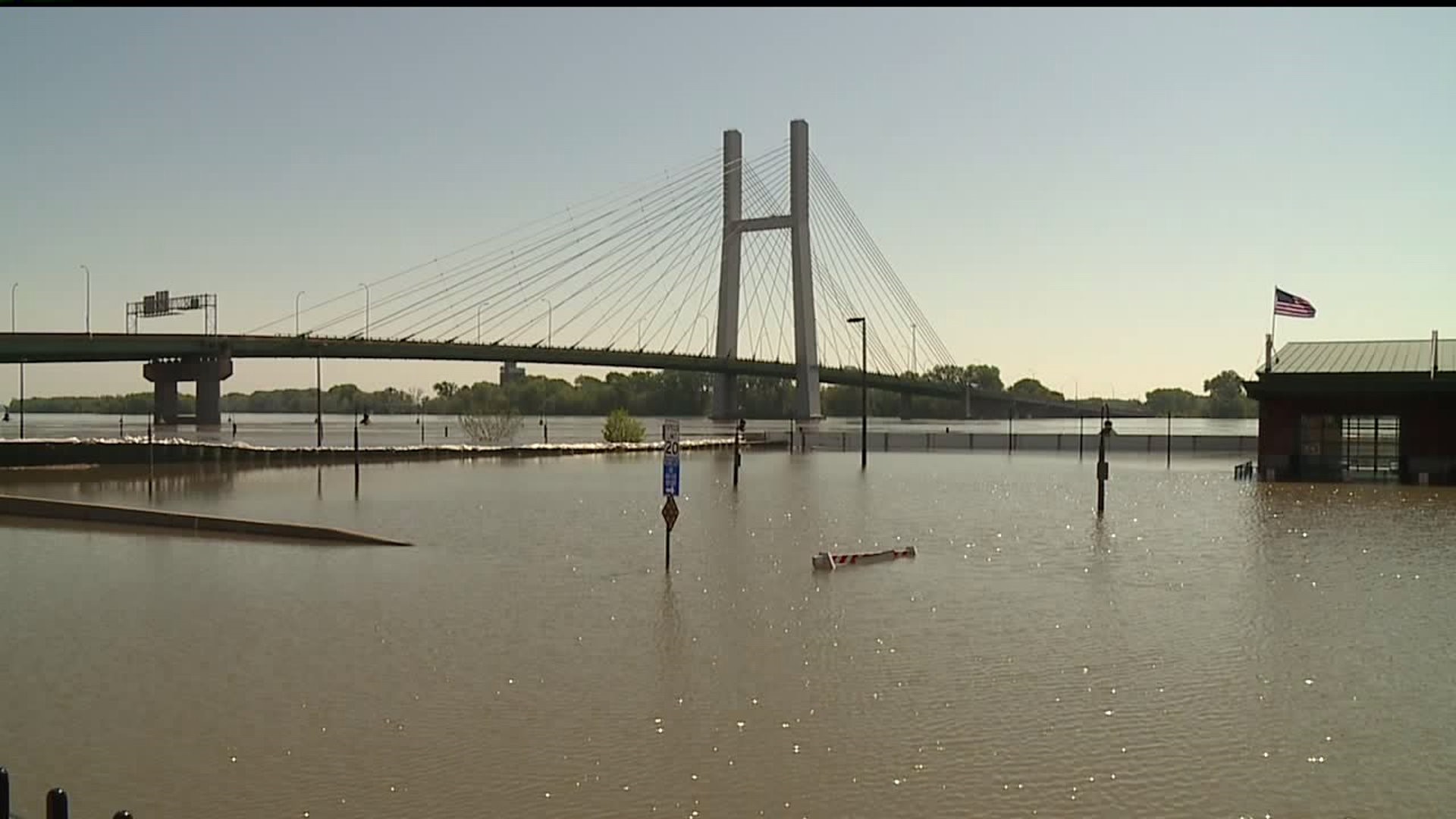 BURLINGTON, Iowa -- In Burlington, the temporary flood wall failed against a crest of more than 24.4 feet Saturday afternoon, affecting Front Street buildings and local businesses.  But the biggest concern right now is sewage.

The Hesco barrier breached on the south side, just feet away from a critical piece of infrastructure. Flood waters disabled the pumps inside Market Street Lift Station, said City Manager Jim Ferneau.

"The lift station takes 60 percent of waste water and pumps it into the treatment plant. That’s still active and operating. But again, over half of our sewage can’t make it to the plant until the station is repaired," he told News 8.

Several buildings along the riverfront are also under water: the Port of Burlington, the auditorium, the depot where Amtrak unloads and busses transition.

It has happened before here in Burlington.

"We had the breach in '08 and 2013," said Burlington Postmaster Heather Heubelmann, who was monitoring flood levels closely and was ready when she got the call at about 1:30 PM on Saturday, June 1.

Her first thought was, "Are the carriers okay and are the vehicles out of the parking lot?" Luckily, carriers were out delivering mail so not many vehicles were parked in the back of the post office.

"We had staff in place," she said. "All hands on deck, everyone came down and we put  sandbags in place, got the pumps going. We were okay, we were ready," she said.

Unlike last time, the post office has been minimally impacted. Mail operations continued even on Sunday.

"The Burlington office is an Amazon site so we do run Amazon on Sundays," she said. "Tomorrow, at this point, we will be delivering mail from the Burlington post office, delivery will be normal. P.O. Box customers, they can still can get their mail picked up." She noted that the retail window will be temporarily suspended.

For now, the post office, like other business and some homes were running pumps to keep their basements dry, City Manager Ferneau said, while city workers must wait for the Mississippi to recede to tackle the biggest problem.

"All the sewage is in this water out here," he said, adding that it would affect buildings on Front Street.

"Sewage isn't leaving the facilities, so there will be some facilities that are impacted."

He said the city's first priority was to get the lift station repaired, but that can't happen until the flood water recedes.