BETTENDORF, Iowa – Bad news is buzzing for bees. For the first time in the United States, bees are now considered endangered. The U.S. Fish and Wildlife p... 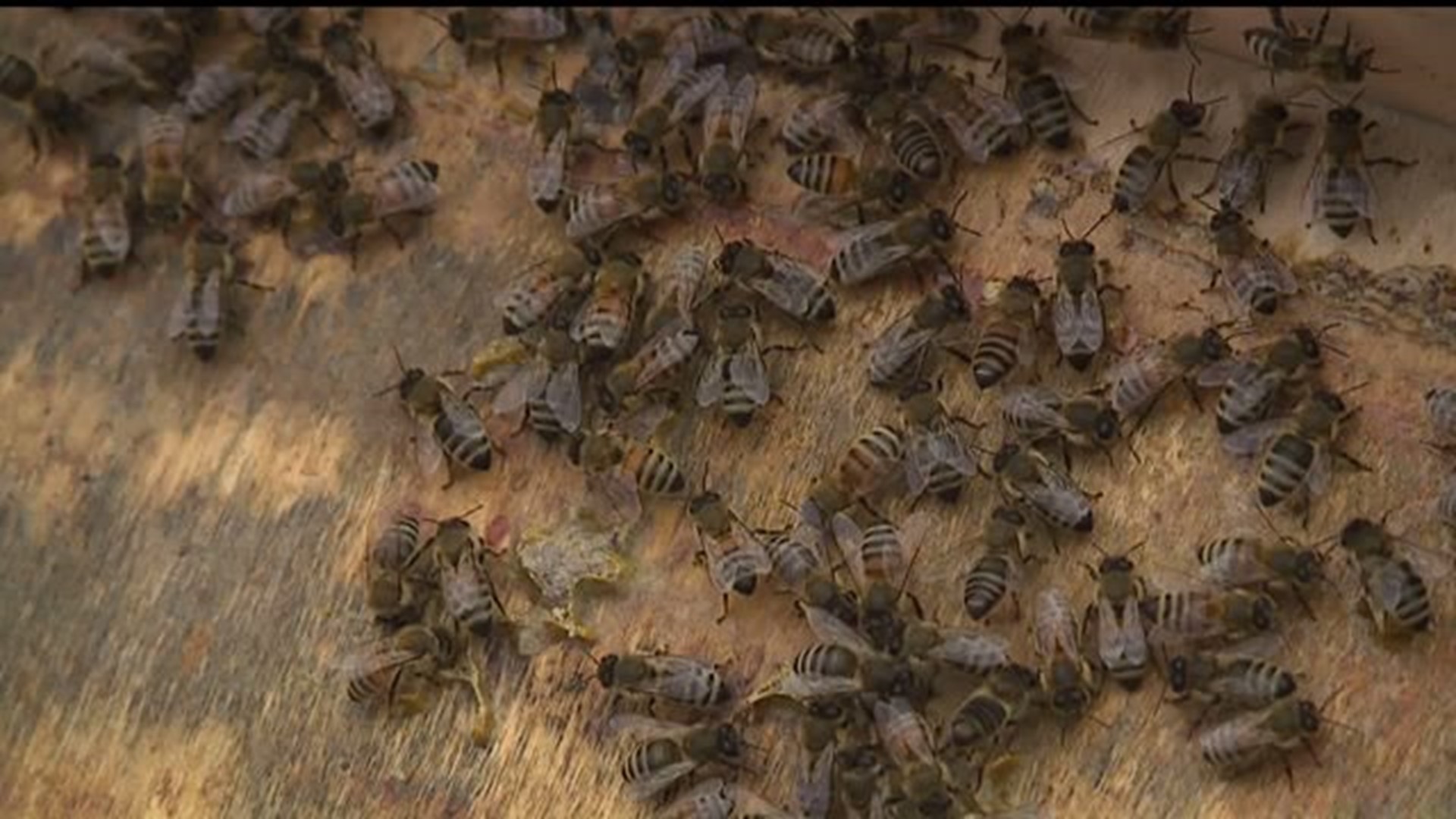 BETTENDORF, Iowa - Bad news is buzzing for bees. For the first time in the United States, bees are now considered endangered.

The U.S Fish and Wildlife service found that seven species of yellow-faced bees, all native to Hawaii, should be protected. The wasp-looking bees are known as "yellow-faced" or "masked" for their yellow-to-white facial markings. They're responsible for pollinating some of Hawaii's indigenous plant species.

For local beekeepers, seeing any species of bee facing extinction isn’t something they’ve seen in their career until now.

Beekeeper Ron Fischer has had a passion for growing bees for over 45 years. He says their endangered status could be because of lacking habitat.

“The various wildflowers or weeds that people just mow down are food for these species. Their endangered and disappearing because they don't have the proper food source,” says Fischer.

Without bees, our food also suffers.

“The most important part of a beehive is pollination. Basically 1/3 of the food we eat is honey bee pollinated.  We wouldn't have apples, citrus or even onions,” says Fischer.

During the winter, about 20 to 30 percent of bees die in hives but it's not because of the cold.

Invasive species are the biggest threat to bees. So, Ron plans for winter, early.

“As long as you leave them with 90 pounds of honey and without any mites, they need to be almost mite free,” says Fischer.

He also looks for changes in the hives and bees with broken wings. Most winters, his bees survive.

Another issue facing honey bee colonies is chemicals. Some beekeepers say insecticides cause worker bees to be less productive and queen bees to lay fewer eggs.

The U.S Department of Agriculture says more than 10 million bee hives have died off in North America.