New Jersey Senator Cory Booker sat down for a one-on-one with News 8 to discuss some of the issues on caucus-goers’ minds. 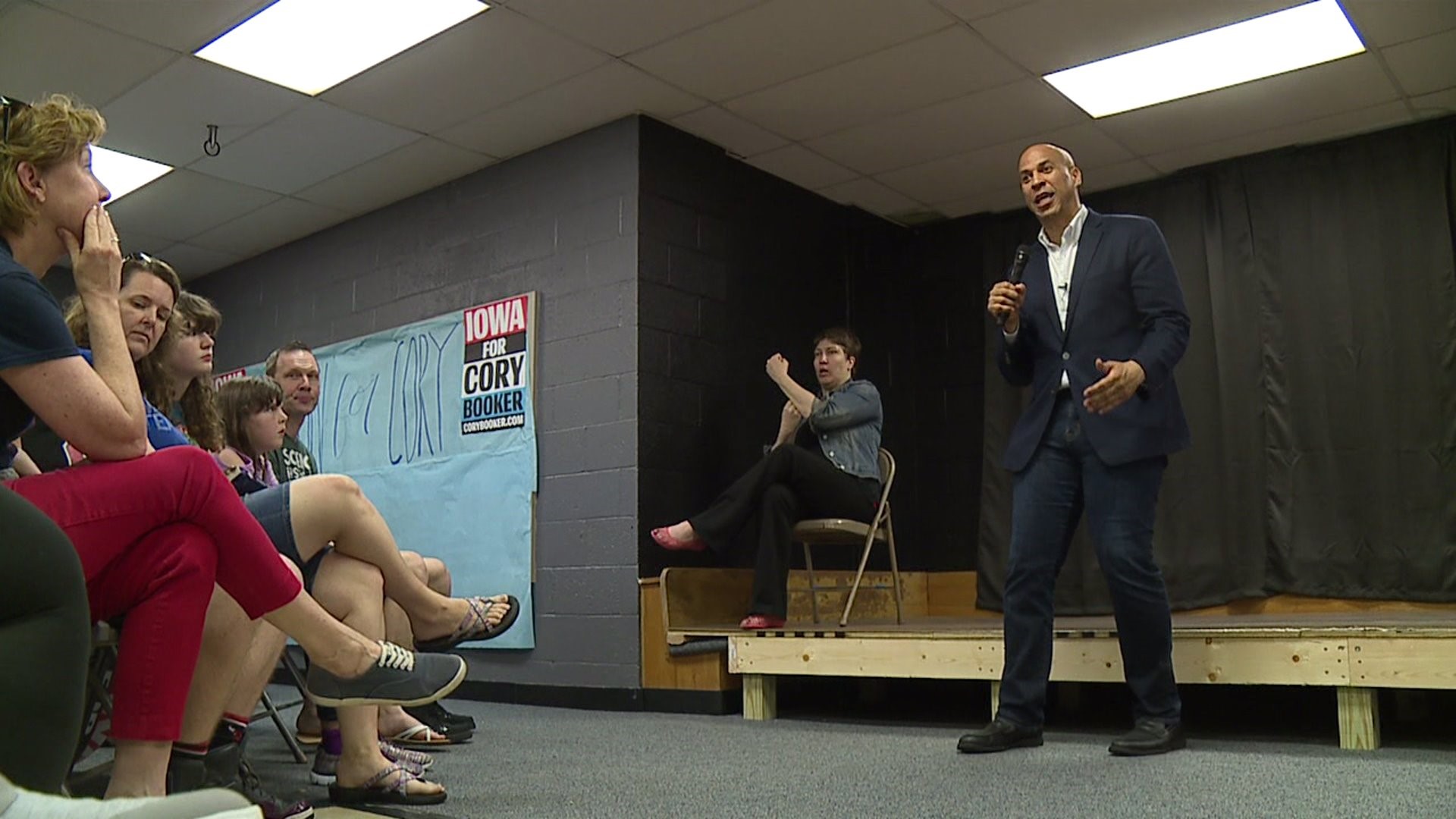 CLINTON, Iowa -- Senator Cory Booker's RV tour through Iowa took him to Clinton on Sunday, May 26, for a meet and greet with several dozen community members.  It was his fourth trip to Iowa as a presidential candidate. The New Jersey senator also sat down for a one-on-one with News 8 to discuss some of the issues on Iowa caucus-goers' minds.

Climate change is one the key issues for him, and it was one of the first questions he got from the audience in Clinton.

"We need to mobilize the nation. It's not something where our economic well-being and dealing with climate change are in any way mutually exclusive. These are things that go hand in hand if we make investments in infrastructure in this region, whether it’s levees, resiliency, whether it’s incentivizing our farmers to do things like cover crops that pull carbon out of the air," he told News 8.

Rejoining the Paris climate agreement would be part of this effort he said.

He says farmers he talked to are struggling under President Trump's trade war with China.

"We have created a situation where farmers are having to get handouts from the government, and every farmer I talked to, they don’t want handouts," he said. "They want to be able to fairly compete. And this president is going about in relations with China that makes no sense. If I’m gonna have a big fight I’m gonna be standing strong with our allies. But instead, he’s not just putting tariffs on China, he’s putting tariffs on our allies like Canada."

As president, he would join together with allies to put pressure on China, he said.

On another hot-button issue, abortion rights, just a few days ago Senator Booker announced that he would create a White House Office of Reproductive Freedom, that will "deal with everything from access to contraceptive care to dealing with the challenges we have in America leading industrial nations in infant mortality."

On cannabis, he said he supports both medical marijuana and recreational adult use, but leave legalization up to the states: "Literally we have people in America with crimincal convictions that two out of the last three presidents admitted to doing. Talk about wasting taxpayer dollars. Talk about undermining people’s ability to compete for jobs, to get loans from banks."

The war on drug, he says has been a war on people and affected people of color disproportionately.

"It’s been a war on people. It’s exploded, since 1980, America’s prison population 500 percent, taking hundreds of billions of dollars of our taxpayer money locking up nonviolent drug offenders."

Booker has campaigned on a theme of indivisibility.  one nation under god, a theme he sounded again in Clinton today.

"The only major piece of bipartisan legislation under this president was criminal justice reform, which I led from the Democratic side with Dick Durban in the Senate."

Booker believes he will be the president that will bring people together.

"We need a president that’s gonna reach across the aisle," he said.