The Senate Tuesday voted overwhelmingly 90 to 8 to confirm President Donald Trump’s pick for secretary of defense, Mark Esper, giving the Pentagon its fir... 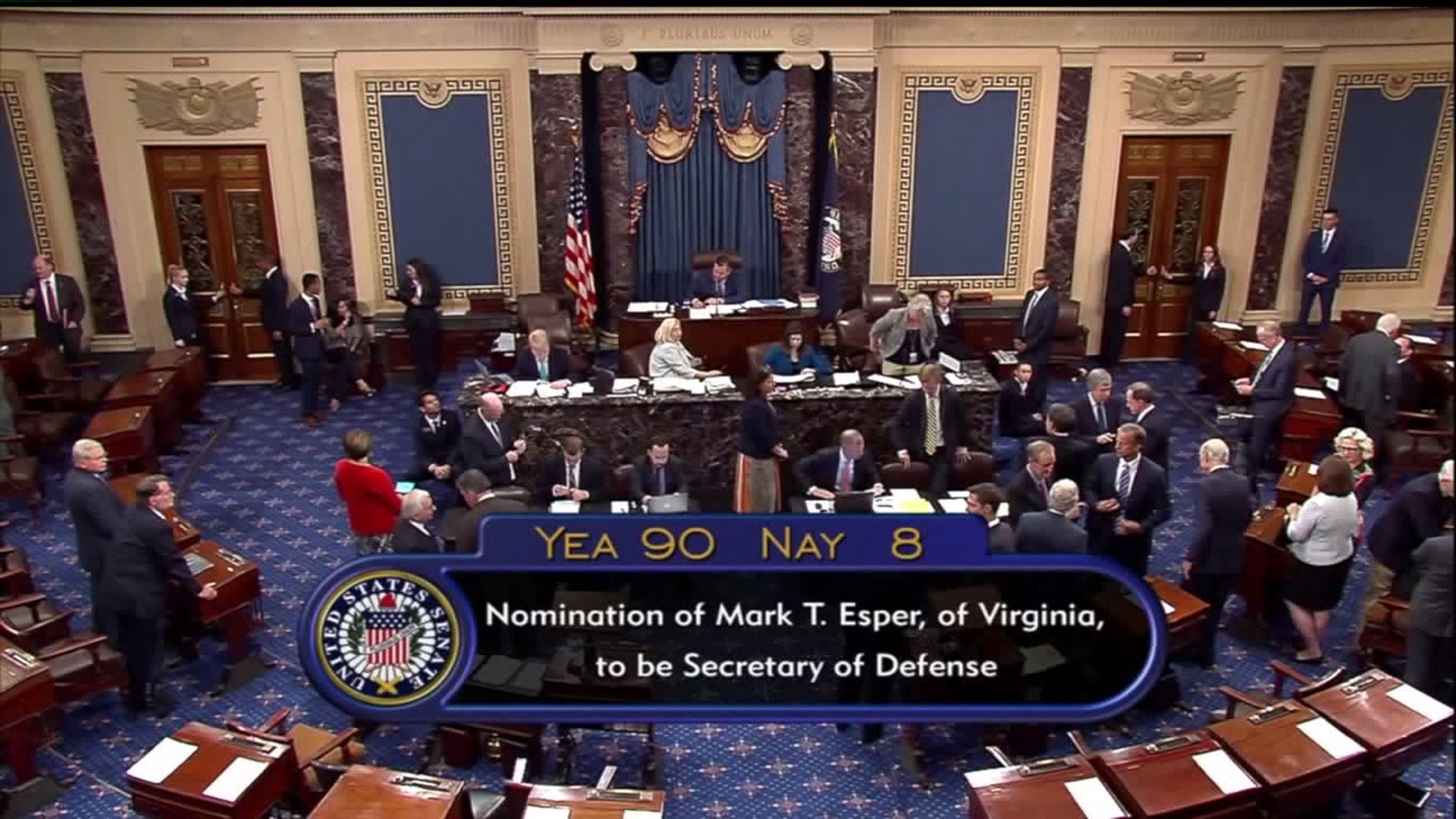 (CNN) -- The Senate Tuesday voted overwhelmingly 90 to 8 to confirm President Donald Trump's pick for secretary of defense, Mark Esper, giving the Pentagon its first permanent chief since James Mattis stepped down in January.

Though he received broad bipartisan support he has received some criticism from at least one Democratic lawmaker over his ties to Raytheon, a major defense contractor, where he worked as a lobbyist.

Esper will be taking over at the Pentagon amid a series of global challenges, including mounting tensions with Iran over several incidents in the Strait of Hormuz.

The US military said on Thursday it had downed an Iranian drone that had posed a threat to the USS Boxer and on Friday Iranian forces seized a UK-flagged tanker.

The US has been seeking to build a coalition of like-minded countries to help ensure maritime security in the region but no countries have publicly agreed to join that effort.

On Tuesday, Britain announced it would be ramping up its military presence in the Gulf and working with European allies to establish a joint maritime protection force to patrol it.

He will also be seeking to continue refocusing the Defense Department's attention on the challenge of confronting Russia and China while also continuing to oversee counter-terrorism campaigns in Afghanistan, Iraq, and Syria.

Amid these competing demands, Esper will be tasked with helping to prioritize and assign US military forces to various locations around the globe while simultaneously seeking to maintain relationships with allies worldwide.

The unprecedented length of time without a permanent secretary of defense had been cited as a problem by both Republican and Democrat lawmakers as well as veterans of the Defense Department.

A large number of senior roles at the Pentagon continue to lack permanent appointees.

Esper had to step down as acting secretary following his formal nomination due to regulations. Secretary of the Navy Richard V. Spencer has been performing the acting role as Esper went through the confirmation process, making him the third consecutive acting defense secretary since Mattis resigned.

On Tuesday the administration's formally nominated David Norquist to be Esper's deputy.