DES MOINES, Iowa (AP) — A semi truck filled with more than 100 hogs tipped over on a northeast Des Moines interstate exit. Ten of the injured animals had to be ... 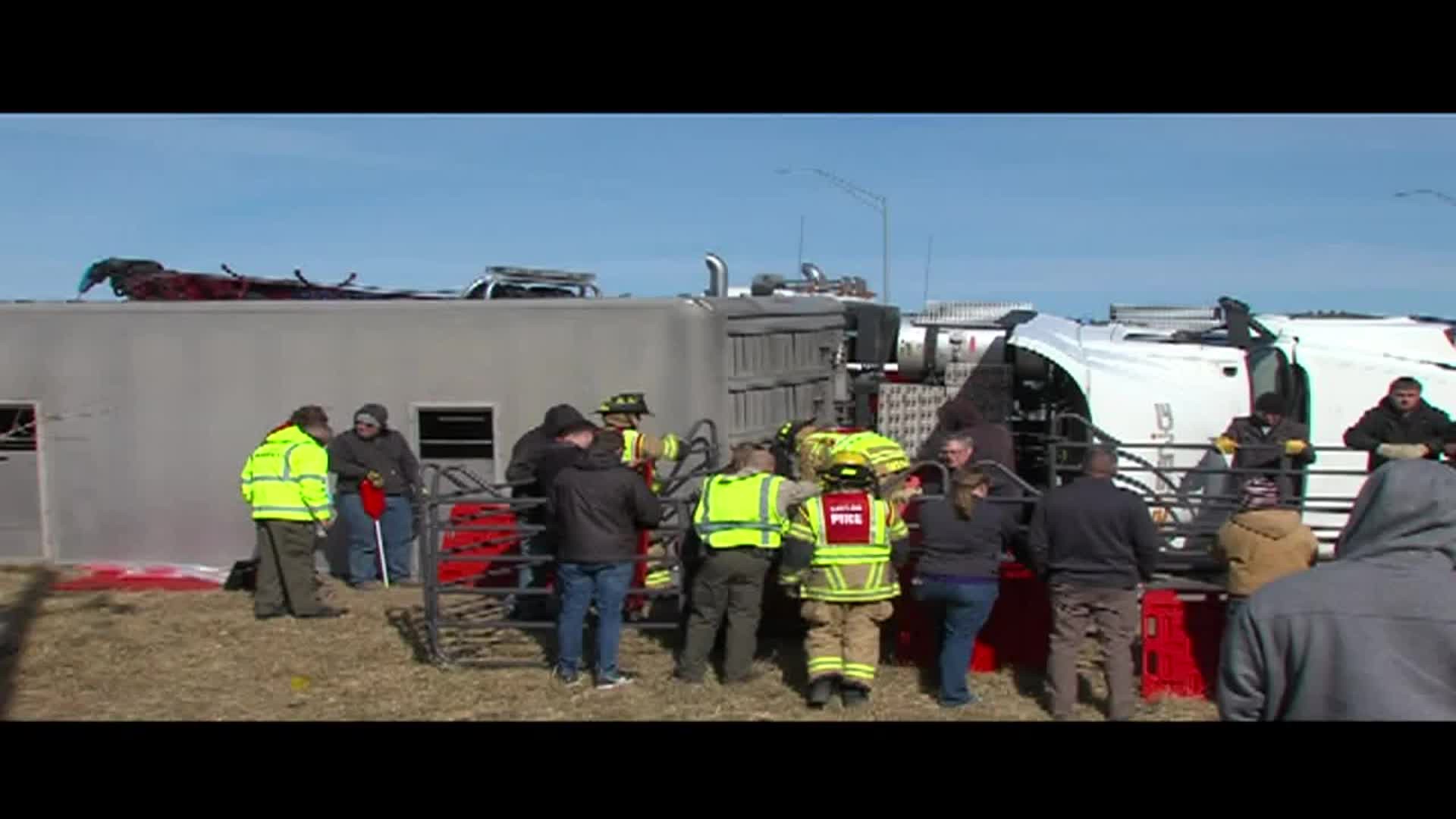 DES MOINES, Iowa (AP) — A semi truck filled with more than 100 hogs tipped over on a northeast Des Moines interstate exit. Ten of the injured animals had to be euthanized.

Lt. Rich Blaylock of the Polk County Sheriff's Office says the truck was leaving Interstate 80 around 2:30 p.m. Tuesday when it tipped.

The driver was not injured in the accident, but the approximately 140 hogs had to be extracted from the vehicle and 10 had to be euthanized, according to Tom Colvin with the Animal Rescue League of Iowa, which assisted at the scene.

He also says it's possible some hogs had died by the time veterinarians and volunteers arrived to get them out of the trailer.

Rather than trying to tip the trailer back up and potentially injuring more hogs, Blaylock said the hogs were extracted from the tipped trailer.

Colvin told the Des Moines Register that the Saylor Township Fire Department cut a hole in the side of the trailer and volunteers set up a makeshift fence to guide the hogs into another trailer.

Those volunteers included about 10 people from the ARL and roughly another 10 from the Iowa State University Large Animal Hospital, Colvin said. The Iowa State Patrol responded to the initial call.

"It was very much of a cooperative effort. People came together quickly and did the best that they could," Colvin said.

The scene was not completely cleared until about 6:15 p.m., Colvin said