A section of River Drive between Perry Street and 3rd Avenue will subject to lane closures due to the removal of medians starting on Wednesday. 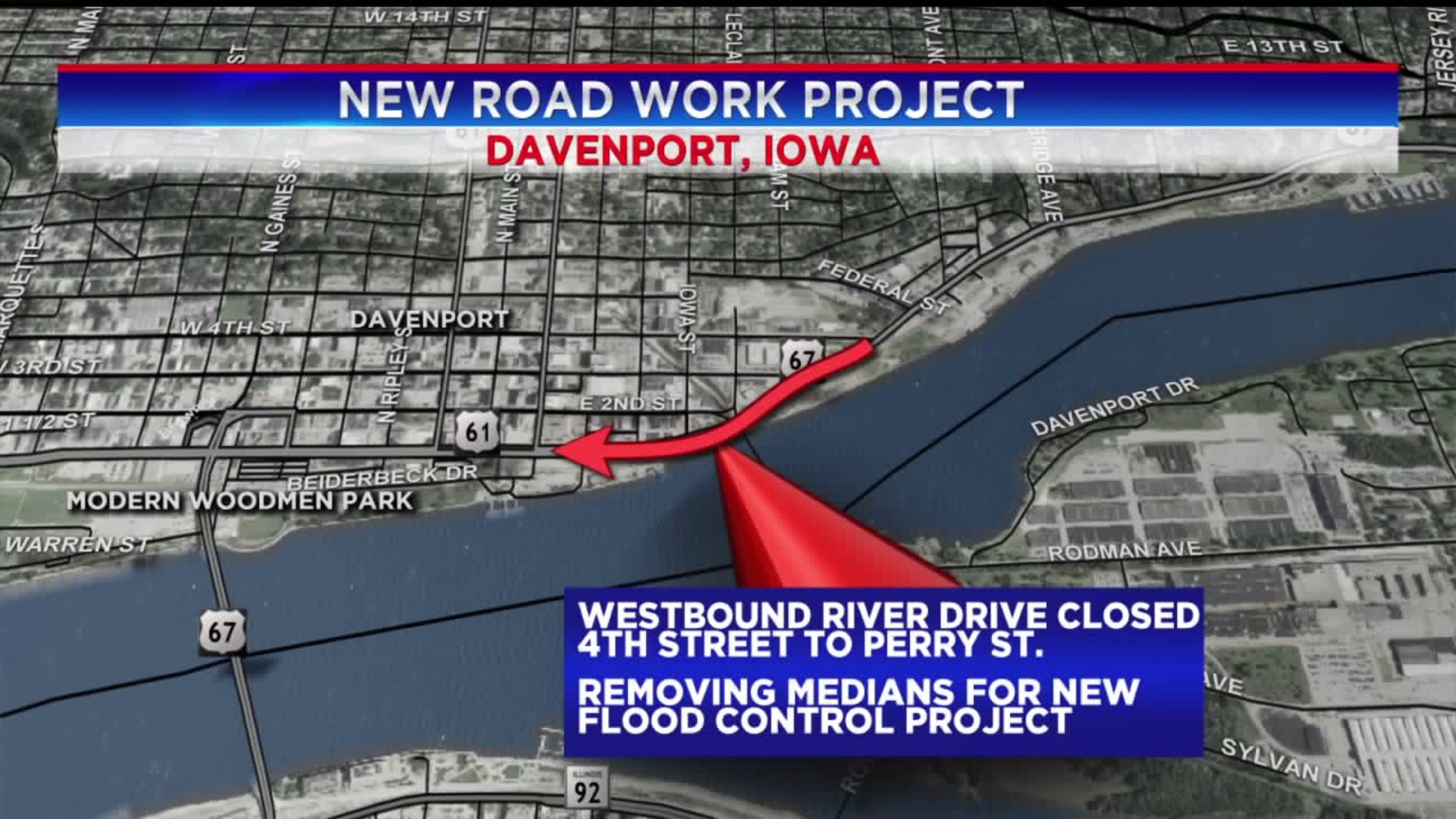 DAVENPORT, Iowa-- On Wednesday, Nov. 13, the city of Davenport is setting a partial detour on River Drive to coincide with the removal of medians between Iowa and Perry Streets.

The city says that the medians have been effective in their purpose of reducing speed and calming traffic on River Drive since their installation in 2010. However, they have caused difficulties for crews installing temporary flood walls in the area. The city says removing the medians will give workers more space to work with when fighting river flooding.

Removal is estimated to be complete by mid-December, pending weather and subsurface conditions.