Police say they’re searching for a small, dark grey or black SUV after a two-year-old was struck in a hit-and-run in Rock Island. 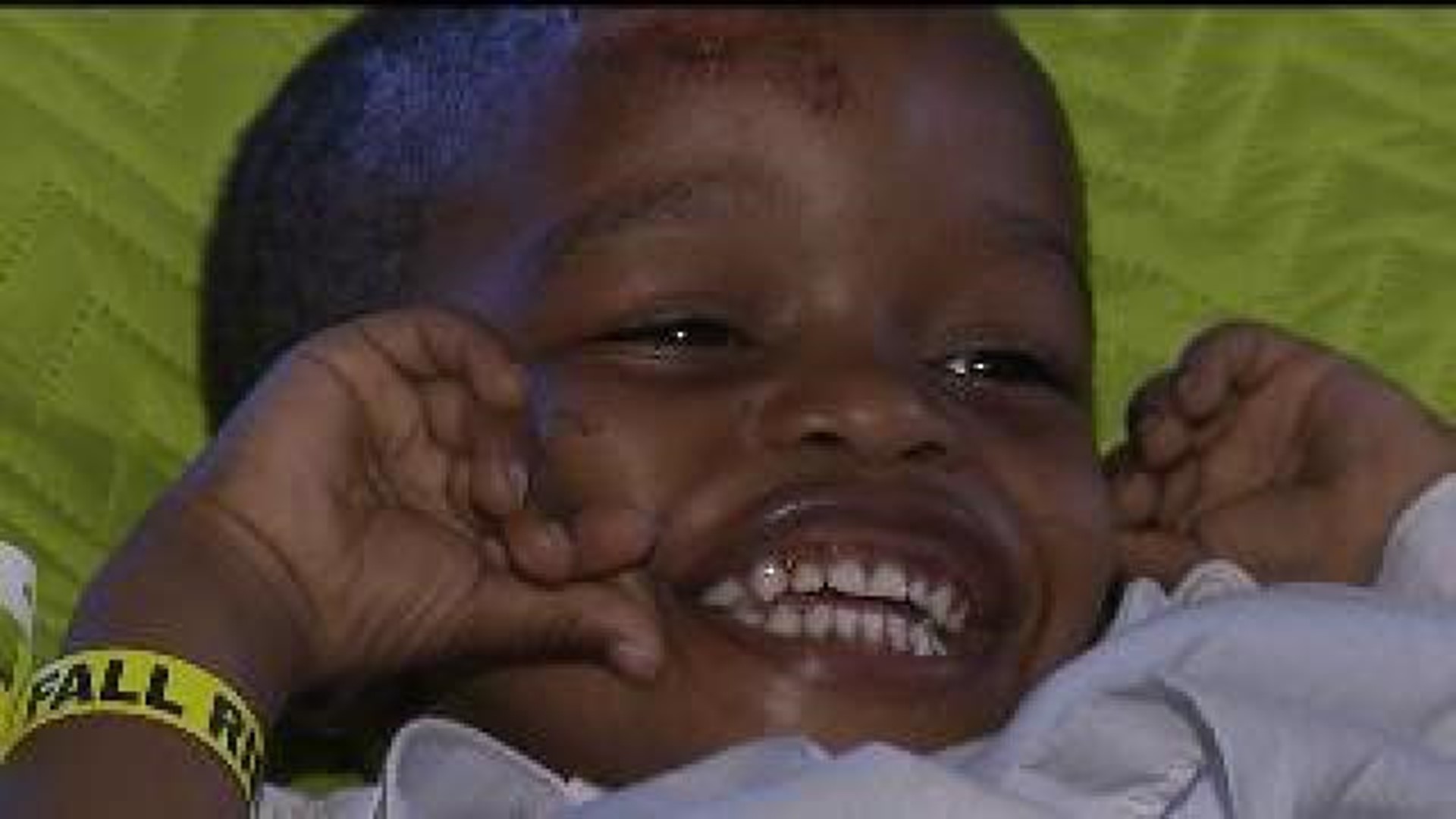 Police say they're searching for a small, dark grey or black SUV after a two-year-old was struck in a hit-and-run in Rock Island.

"The suspect vehicle was last seen traveling northbound on 25th Street after the accident," said a statement issued by Rock Island Police on June 26.

The toddler was taken to a local hospital and later transferred to a hospital in Peoria for treatment.  Police said the child has since been released from the hospital.

At his home Thursday afternoon, he had four staples in his head and a cast on his leg. His parents said he will be in a wheelchair for the next three months.

"I start to cry, I thought he was already dead," said Bukuru Fautia, the two-year-old boy's mom.

Fautia said she was putting her one-year-old daughter to sleep and thought her son, Imani was watching television in the living room. She said he didn't know he was outside until she heard the crash.

"My husband came crying like that, so I heard a loud noise," she said.

She said she is mad at the person who hit her son and then left and hopes anyone with information will come forward.

"They can help us to find who did it," she said.