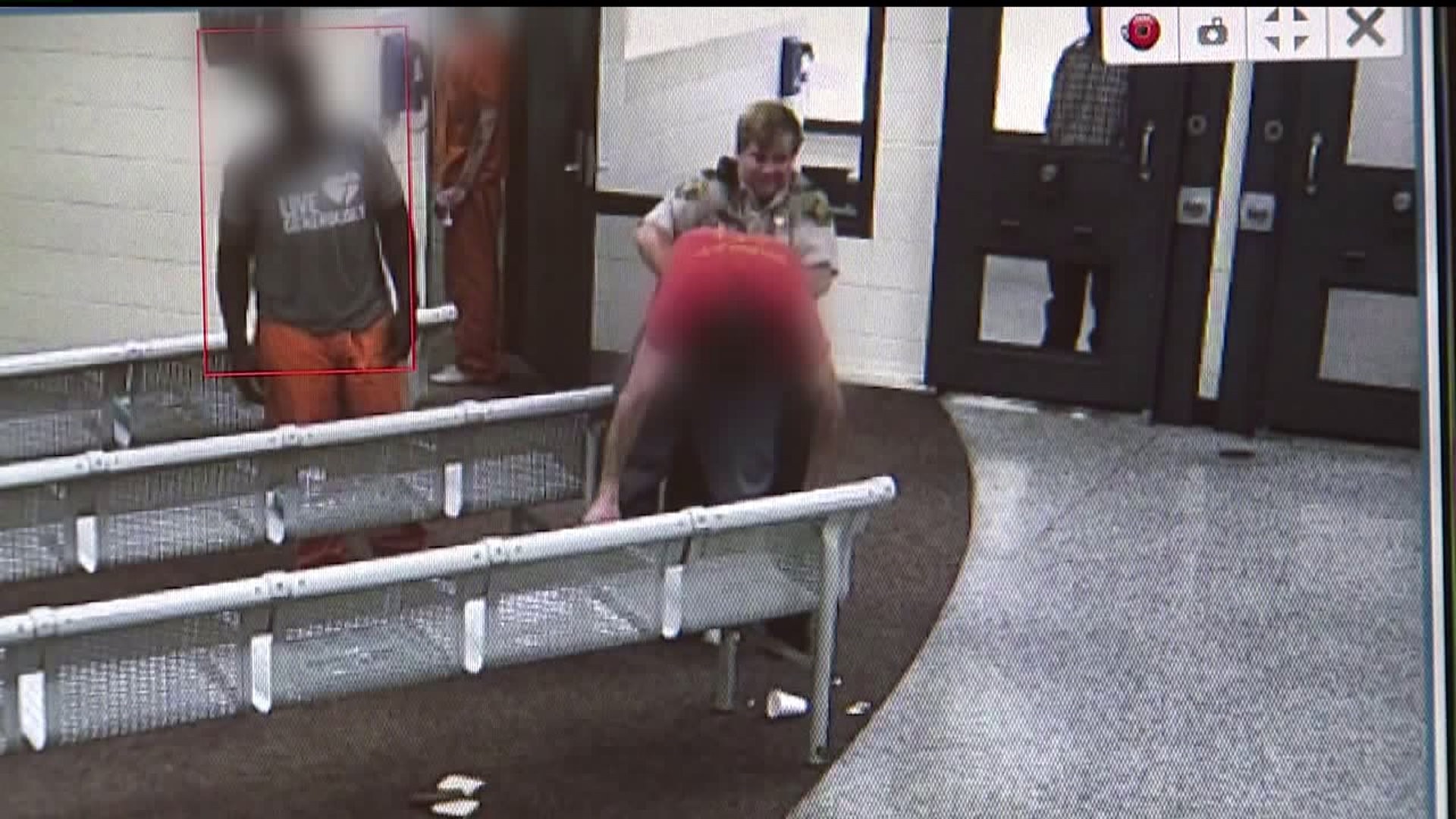 DAVENPORT, Iowa – It only took a few seconds.

"I definitely thought there was a fight."

But this surveillance camera at the Scott County Jail showed something very different.

On August 13, 2019, a man who had just been arrested was eating food from a tray when he stood up, staggered, and fell to the floor.

"I saw that the inmate wasn't breathing and was holding his throat," said Scott County Corrections Officer Tamara Riojas.

And although she was the only correctional officer in the room at the time, she didn't hesitate to help.

"I just picked him up and started doing the Heimlich."

And it worked.  He spit out the food lodged in his throat just as other officers arrived to give help.

"Tammy's reaction was 'This is no big deal, this was just me doing my job," said Scott County Sheriff Tim Lane.

"I really, really appreciate your actions that day," he said.

Officer Riojas never before had to put her mandatory CPR training to use.

"I've been here 20-years and doing it like every year you go, 'ah, I've got to get training again' but, actually now that I know that it works, you see it in action, and you see that it actually works."

She participates extensively with disaster relief efforts with the American Red Cross.

Shortly after graduation from St. Ambrose University's Criminal Justice program in 2006, Aleksiejczyk was hired by the Sheriff’s Office as a corrections officer.

He was selected to be a part of a group that was responsible for rebuilding the jail’s entire training program.