ROCK ISLAND, Illinois – Before athletes can play, there are new requirements in Illinois for contact sports. Kyle Hoffman is the newest member of the Rock... 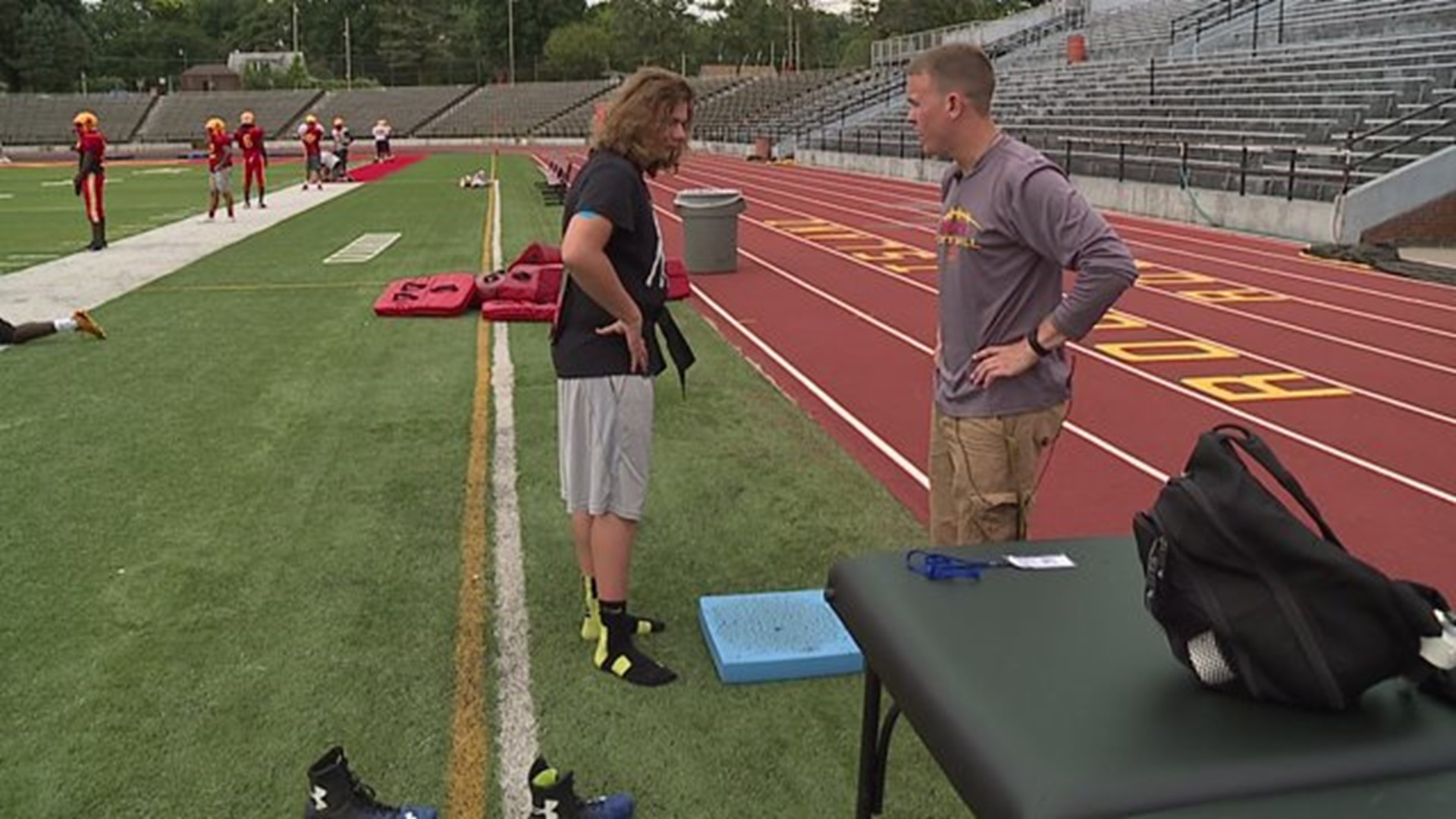 ROCK ISLAND, Illinois - Before athletes can play, there are new requirements in Illinois for contact sports.

Kyle Hoffman is the newest member of the Rock Island High School athletic department. When he's not treating minor sprains and aches, he's testing for a major problem that could change the lives of these young athletes forever.

Hoffman was hired because of the law. Right now in Illinois every school has to have a concussion oversight team. The team must make sure schools follow strict rules to lessen the damage caused by sports and work with athletes every day.

"If they're going to have symptoms we want them to happen under controlled circumstances with us rather than on the field," said Hoffman.

It's not just good enough anymore to shake off a hard hit, athletes must now be cleared to return to play and return to learn.

"It takes in account the cognitive effects of a concussion so what it does it kind of weans into the cognitive part of school," said Hoffman.

However, even when they get through both of those athletes still need to get a doctor's permission to play again.

Illinois is also requiring early testing of student athletes. It's an effort to have information about their health that can be used for comparison after they receive a concussion.