CLINTON, Iowa–Jenny Rice is more than happy to have her cat Sammy back home. “It got to a point where we didn’t think we would see him again… we sti... 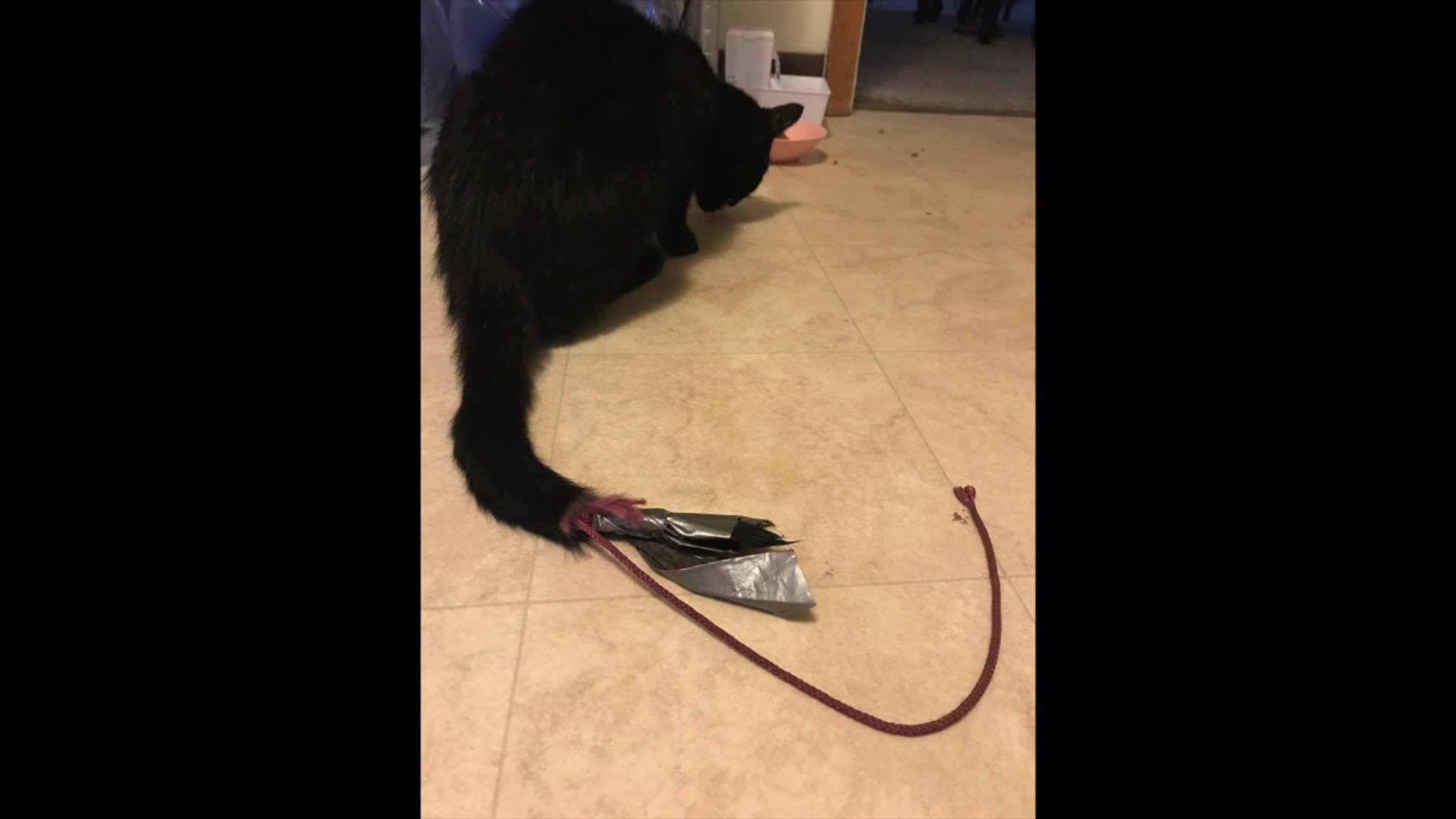 CLINTON, Iowa--Jenny Rice is more than happy to have her cat Sammy back home.

“It got to a point where we didn’t think we would see him again... we still had that little tiny glimmer of hope,” says Rice.

The 8-year-old black house cat went missing for 13 days before he showed up in Rice's backyard Sunday, October 9.

She was beyond shocked to see the kind of condition he was in.

“He’s got some decaying flesh and we’re not sure if the tip of that tail is going to stay or not,” says Rice.

Someone tied a rope around Sammy's tail and wrapped it in duct tape. His right paw was also taped, Rice was able to remove the tape around his paw, but his tail needed medical attention.

“I have no idea who could do such a thing… Animals are helpless and we just can’t understand why someone would do that to a creature,” says Rice.

Sammy is on pain medication now and is a lot less trusting than before.

Back in June, the Clinton Humane Society found a dog with his paws taped together but police have not confirmed if the incident is related to Sammy’s case.

Rice says a few people reached out to her through social media to help her find the person responsible.

“There are a few folks in the community that have private messaged me about their suspicions about areas where things are happening…. we have not looked into it,” says Rice.

She's since filed a police report and plans to contact the Clinton Humane Society. Rice is optimistic that Sammy will be able to keep the tip of his tail but she will not know for sure until his follow up exams sometime during the week.