“Do your homework because I sure did not, and I really wish I would have because it would have saved us $14,000,” says Lora. 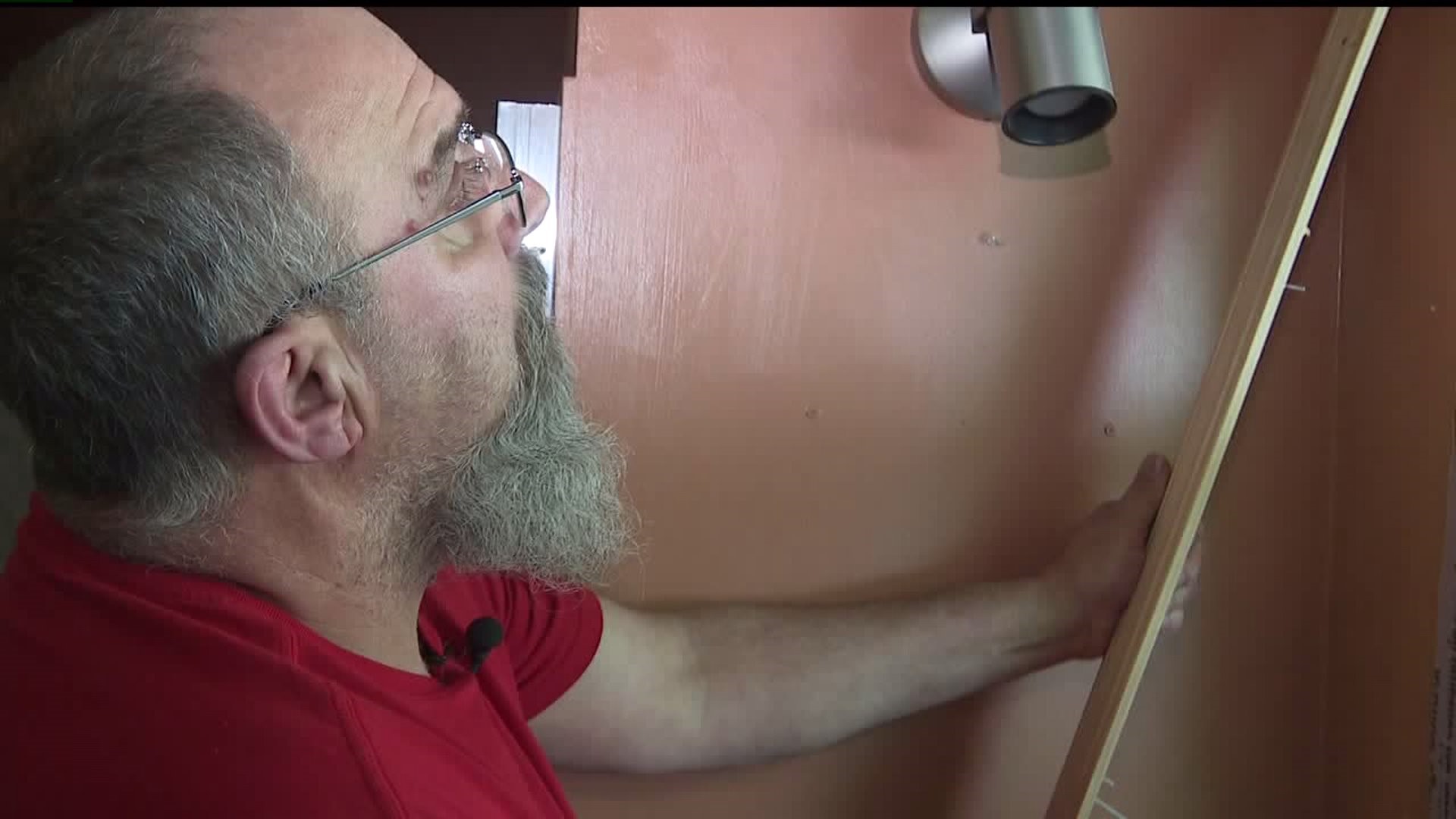 SAVANNA, Illinois-- A Savanna, Illinois couple has a warning for homeowners; always do your homework when it comes to finding a contractor.

The Murphys were prepared for a bittersweet goodbye to the house they've made a home for 32 years.

"Our intentions were to sell this house," says Lora Murphy.

The Murphys weren't prepared though, for what they thought were home improvements to now be the main reason their house won't sell.

The life Lora and her Husband Rob once knew changed overnight when Rob was diagnosed with end-stage liver failure. That's why the couple says they had to move, so Rob could be closer to a hospital.

"When they put him on the transplant list, he was number two, went right to the top. In our minds it was a really urgent thing," says Lora.

Lora did a quick online search to find someone to upgrade her windows, doors, and siding. Without looking much past the lowest price of $14,000, she hired Brad Moeller from All Work Construction. Lora says the concerns started after that.

"I questioned some of the things he did. But what do I know about construction?" questions Lora.

"The things that he did, you wouldn't find them right away because they were behind the door. You'd go to open the window and the whole frame would come off," says Lora.

Windows and doors that don't fit, cheap trim and siding barely hanging on, Lora says months later, she now has to have someone else come in to clean up the mess.

"This is just a quick fix if you ask me," says family friend and handyman Mark Rathje. "I could probably grab a hold of this and rip it right off. Yep, so you cant tell me that was put on very well."

Brad Moeller wouldn't go on camera, but he says he stands behind the work he did for the Murphys. He says he's never had a problem before. Moeller gave Channel 8 a list of references, and the ones we called did give him good reviews.

As for the problems at the Murphys', Moeller said the couple reached out months after he was done with problems he says, are not his fault.

Moeller told News 8 he is registered and insured to work in Iowa and Illinois, but the Iowa Workforce Development sent us his registration, and it's more than a year expired. But there's a catch. In Savanna, Illinois where the Murphys live, you don't have to have a registration to do contracting work. So technically Moeller didn't do anything wrong.

Representatives with the Better Business Bureau say All Work Construction has a one-star rating.

"He needs to find a different occupation if he doesn't think he did anything wrong because the things he did do were outrageous," says Lora.

Looking back, Lora says she knows she never should have paid Moeller until she was completely satisfied with the work. The couple still plans on selling their home when the work is fixed, but now they say the goodbye is more bitter than sweet.

"Do your homework because I sure did not, and I really wish I would have because it would have saved us $14,000," says Lora.

Lawyers at Vanderginst Law say there are some things you can do to protect yourself from situations like this. They say to always ask to see a license and registration from contractors. Ask for references of previous jobs the business has finished, and never pay in full until you're completely satisfied.