Sailboat stranded on river during snowstorm

Two people were rescued when their sailboat became stranded on a lateral dam in the Mississippi River. 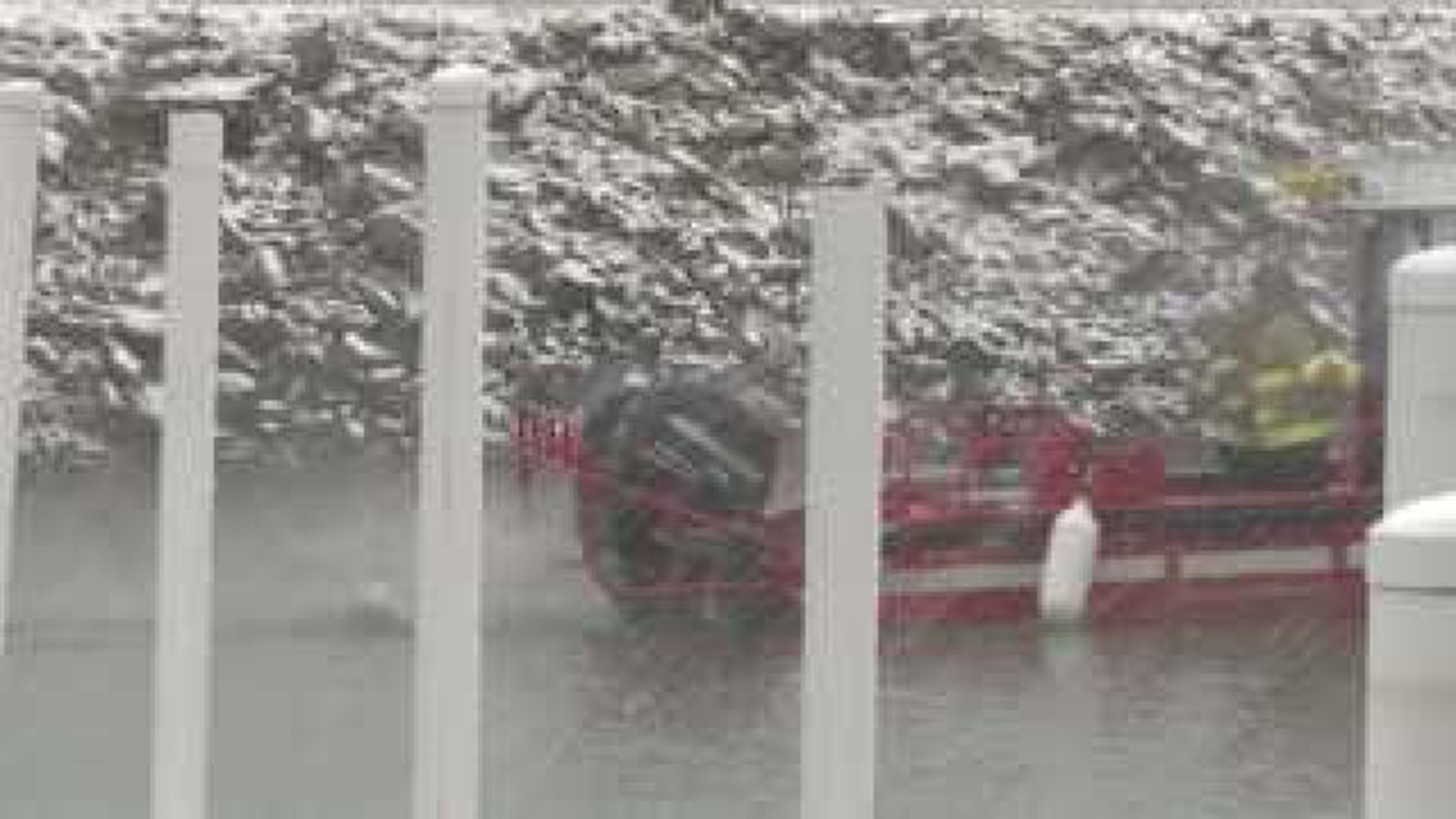 Two people were rescued when their sailboat became stranded on a lateral dam in the Mississippi River.

Rescue crews began searching for the sailboat after being called to the area near the Captain's Table restaurant, 4801 River Drive in Moline, Illinois around 11 a.m. Tuesday, October 22, 2013.

Fog and snowfall reduced visibility on the water so severely that rescuers had the stranded boaters fire a flare to help crews locate them.

The limited visibility is also blamed for the sailboat becoming stuck on the lateral dam.

"The snow just kept coming down, and then we lost all visibility.  We couldn't see anything.  It was just complete white.  We had no idea where the channel was," said one of the men rescued from the stranded boat.

The two people aboard the sailboat were reportedly cold but not injured.  They said they are from Topeka, Kansas and were working to sail south to the Gulf of Mexico.